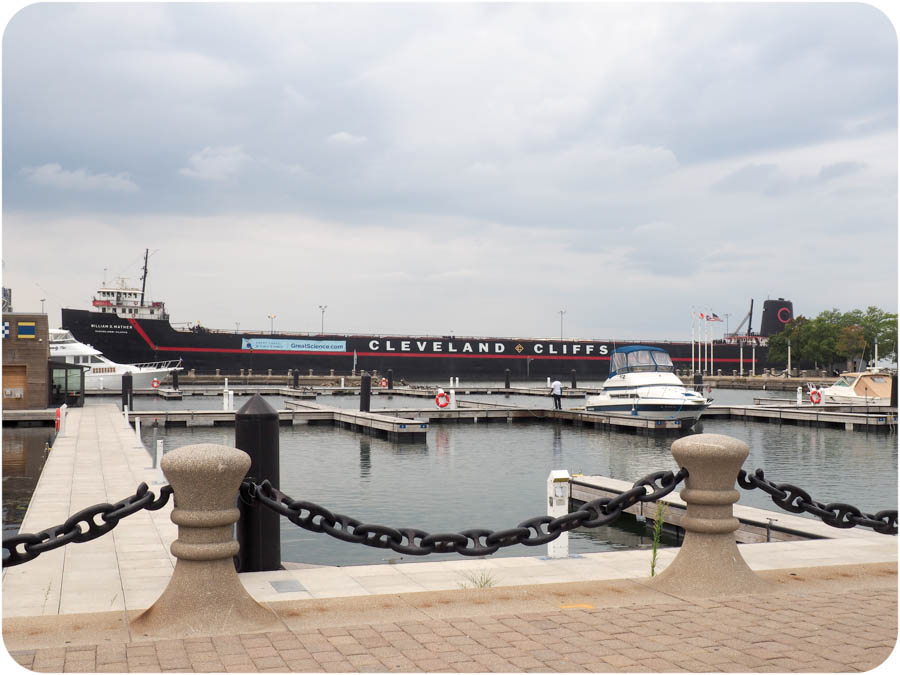 Sometimes I will arrive somewhere and think “Yeah, that fits in precisely with the stereotypes I hold about this area.” Cleveland, Ohio, is one such place. Cleveland looks like a city that someone forgot about and left in the rain to rust. Cleveland looks like it’s already living out a post-apocalyptic scenario where half the population is dead and the other half spends their time making bullets and then spraying them wildly. Cleveland looks like it could give your eyeballs tetanus. It comes as no surprise that their football team is called the Browns, because a compelling argument could be made that the entire city is a turd. Cleveland looks exactly like the kind of place where a river would accidentally light itself on fire. Repeatedly. The air in Cleveland in August feels as though one has somehow been trapped inside a jock strap that’s been worn for three straight days. I was already in a truly piss-poor mood when I arrived in Cleveland, and Cleveland did not improve it.

But The Rock & Roll Hall of Fame…that’s an icon. It’s one of the few museums outside of the Louvre to come up routinely in the news*. Like the Louvre, its architecture prominently features a large glass pyramid. There are probably Illuminati conspiracies about both. But only one of these two is a world class museum…and unsurprisingly, it’s not the one in Cleveland. 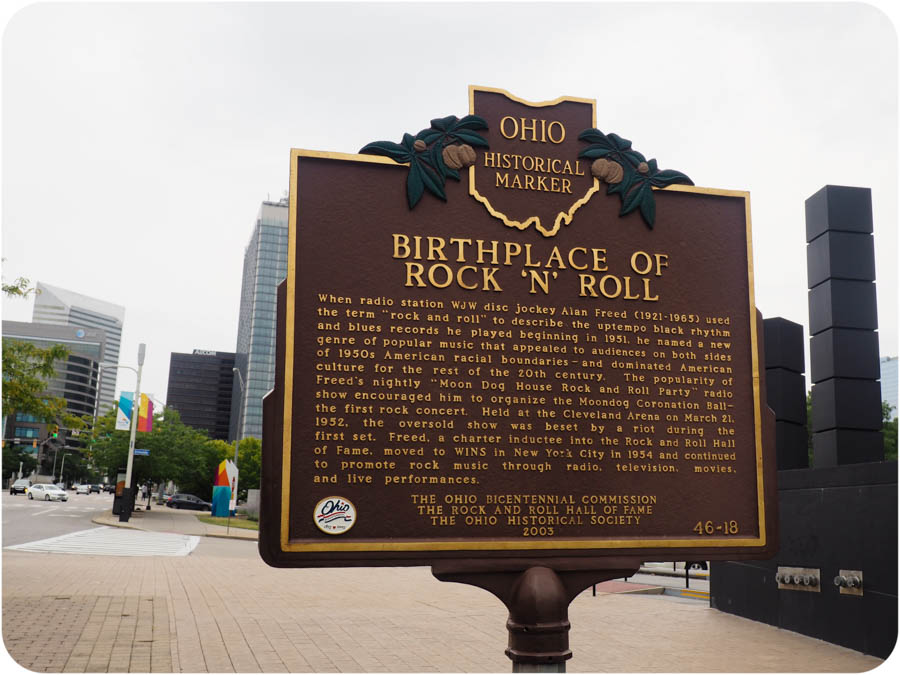 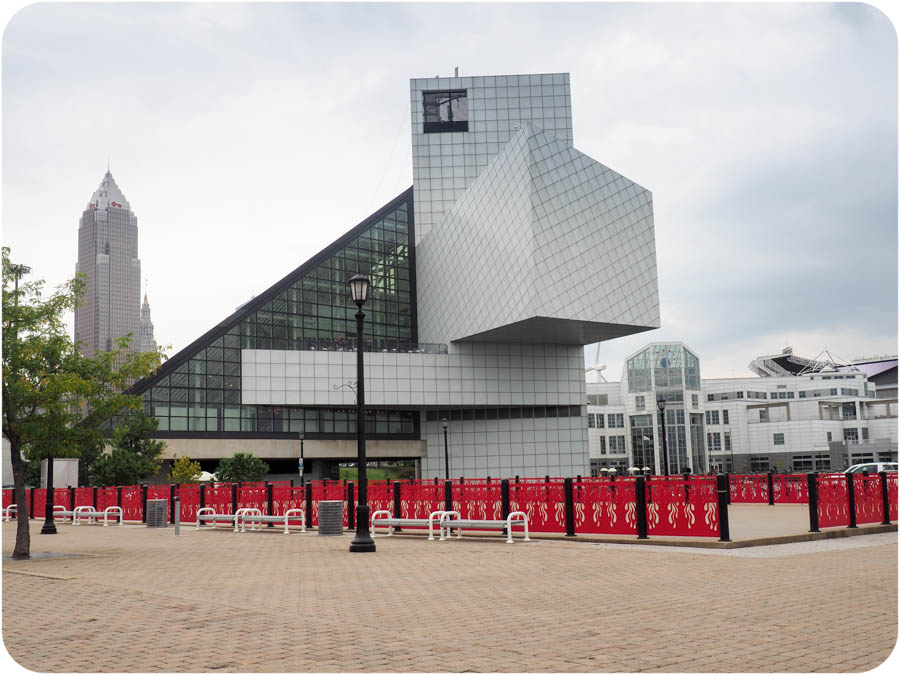 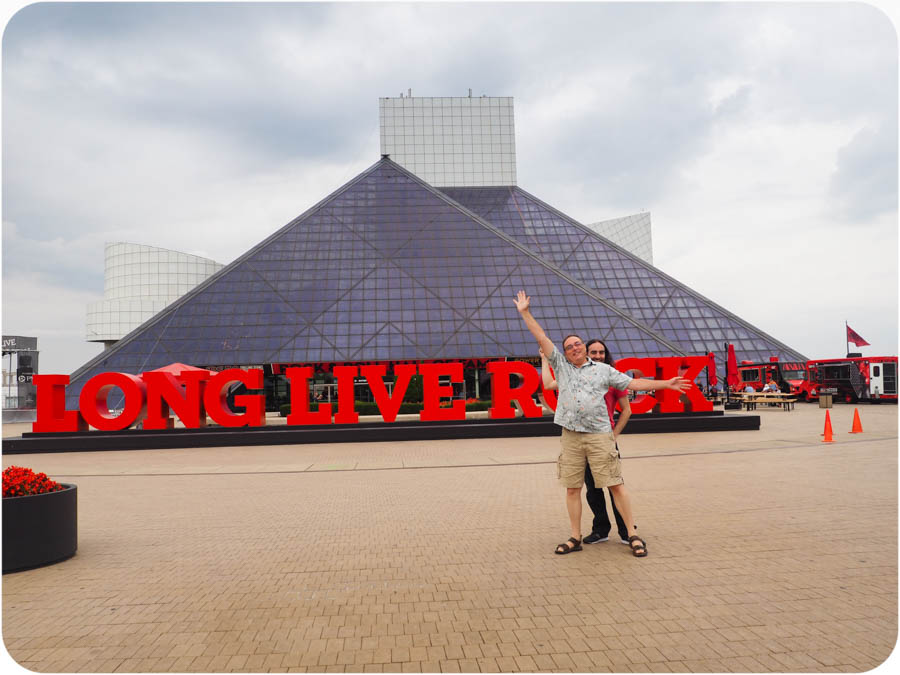 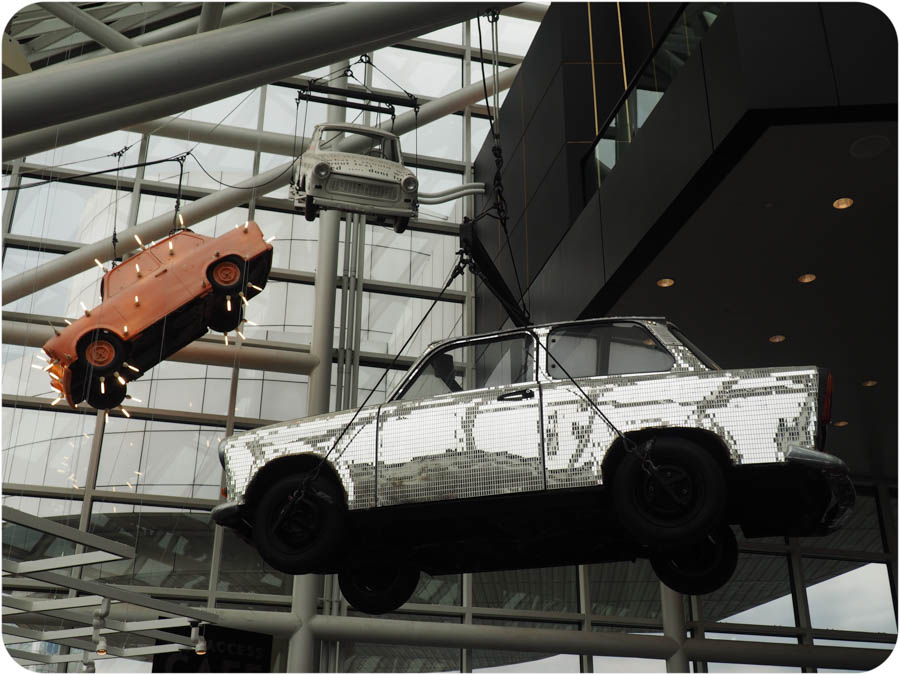 Upon entry and ticket purchase, you descend into the basement of the pyramid, which is actually a little clever–starting in the basement like any number of bands. I also would have had a similar appreciation if the museum started in a garage adjacent to the pyramid.

At the start, there is a room dedicated to some artifacts from the most recent year’s inductees, which eventually get shuffled further back into the “Legends of Rock & Roll” area if they have room so if you’re a lesser-known legend I’m guessing your stuff is bound for a closet somewhere. There’s also some stuff from just about everyone you’d expect to see there: a room dedicated to Elvis, a room split between The Beatles and The Rolling Stones, and a number of special exhibits, including one on John Cougar Mellencamp.

There was also a bunch of stuff from musicians not inducted into the hall of fame, including an entire room on Cleveland musicians, which I found to be a curious choice. There are currently more than 300 inductees in the Rock & Roll Hall of Fame, and until an angry museum employee informs me otherwise, I am telling you that it doesn’t seem to me that all of those artists were represented on this, the main floor of the hall of fame in which they are supposedly being honored. Isn’t having to be inducted into the Rock & Roll Hall of Fame to be included in it the entire point of the place? 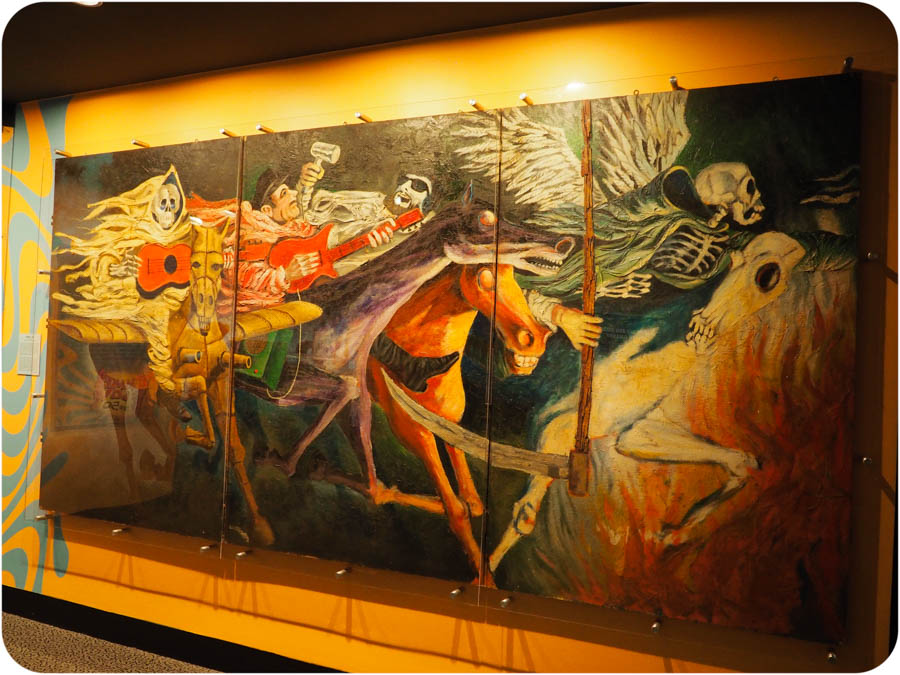 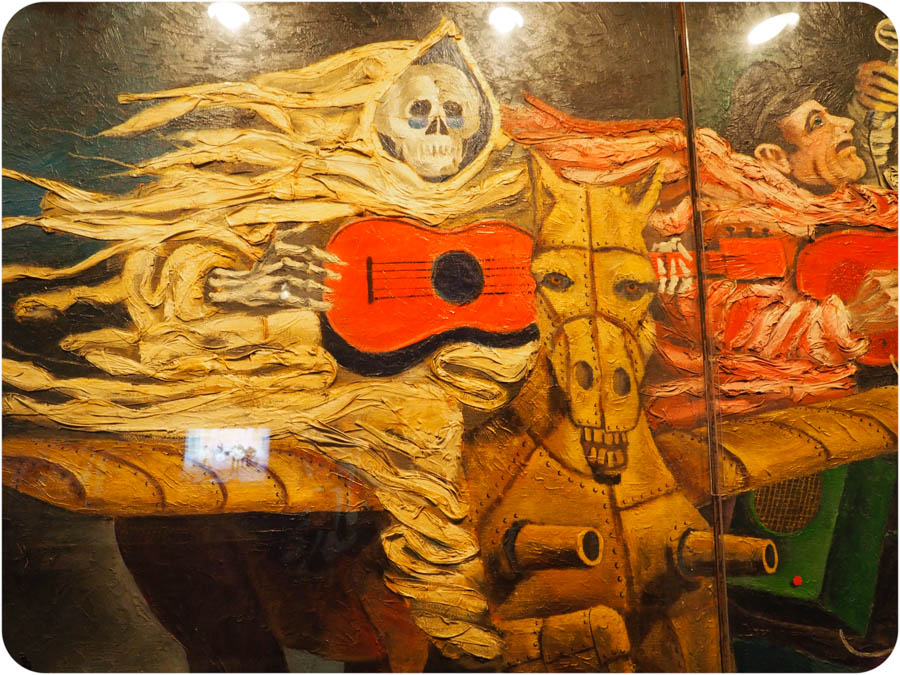 They also had a horse with cannon turret titties. 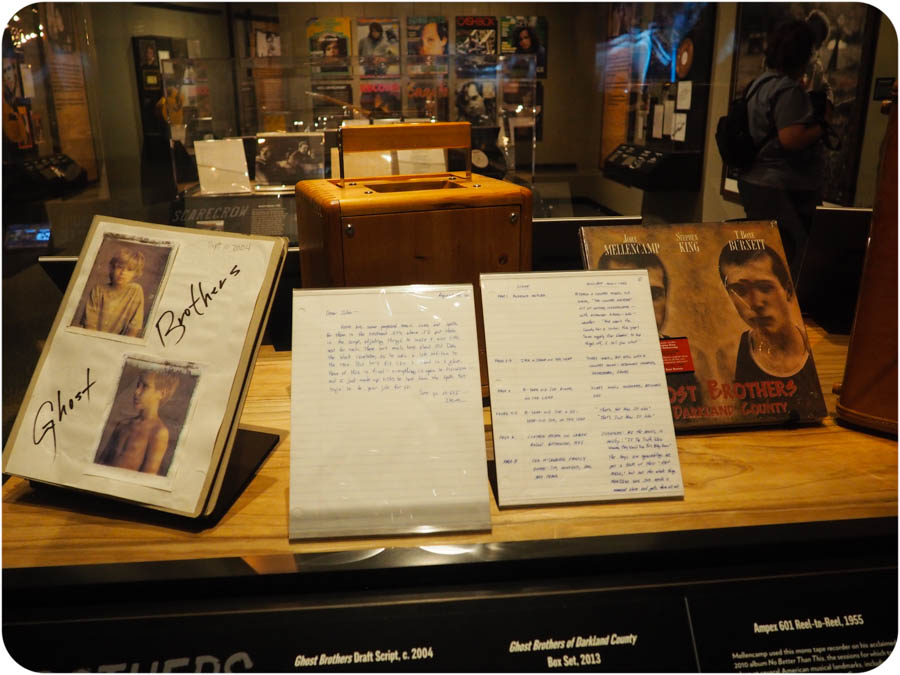 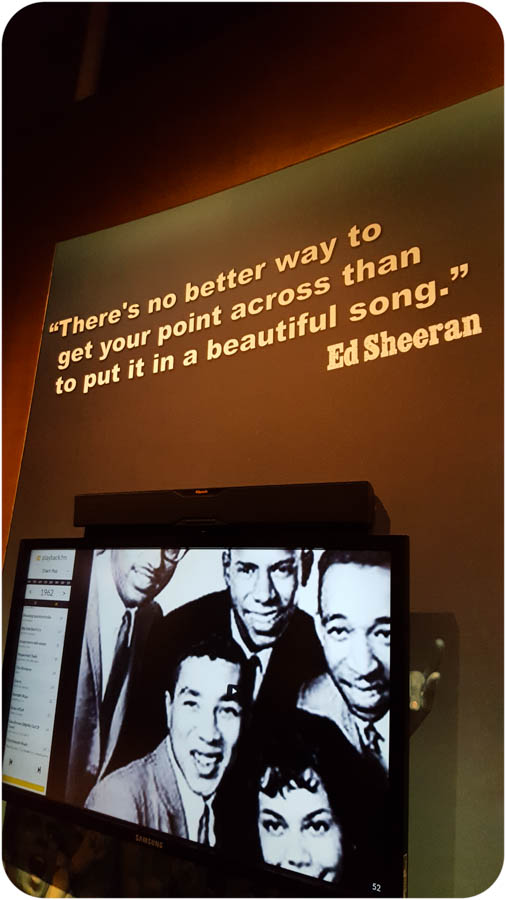 Oooh, I have bad news for you, Ed. 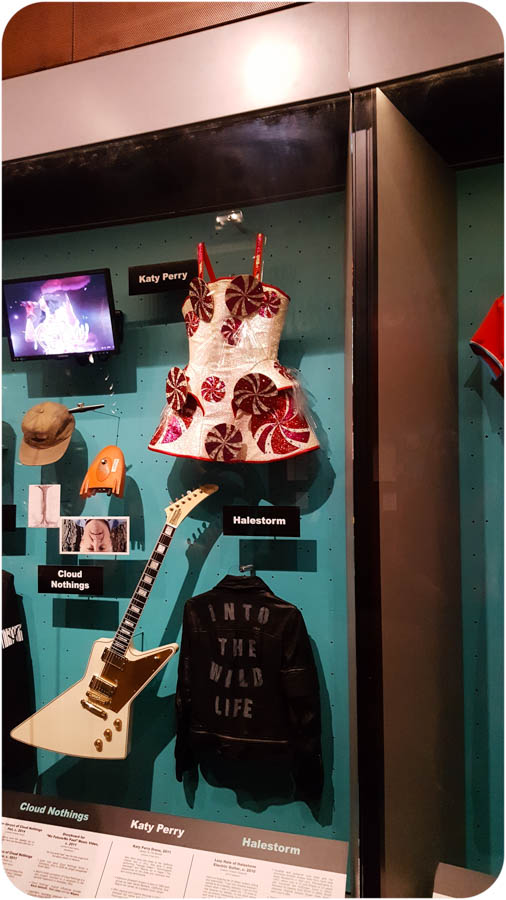 According to their own rules, Katy shouldn’t be here until 2026 at the earliest.

Because the Rock & Roll Hall of Fame is built in a giant pyramid, a lot of valuable real estate is lost on every floor ascended. And they made the least out of the space, with the second largest floor taken up entirely by ticket sales, a cafe, and an outrageously large gift shop.

As you proceed up the pyramid, you can wait for a booth to be available so you can listen to some one hit wonders (again, not Hall of Famer material), look at a genuine empty Rolling Stone office (Oh boy, I’ve never seen a real office before! Look, a chair!) and some covers of Rolling Stone magazines, and then, almost as an afterthought, the actual list of inductees on some half-assed plaques on one of the floors. It’s not like we have the technology available to give each visitor a broader look at the work of the inductees, the reasoning behind why they were chosen, and how they influenced music. Nope. We’re clearly still in the static list on paper phase of humanity. The inductees are such an afterthought that at the time of posting, their placement in the museum that, again, supposedly exists to honor them isn’t even mentioned in their online visitor’s exhibit guide. 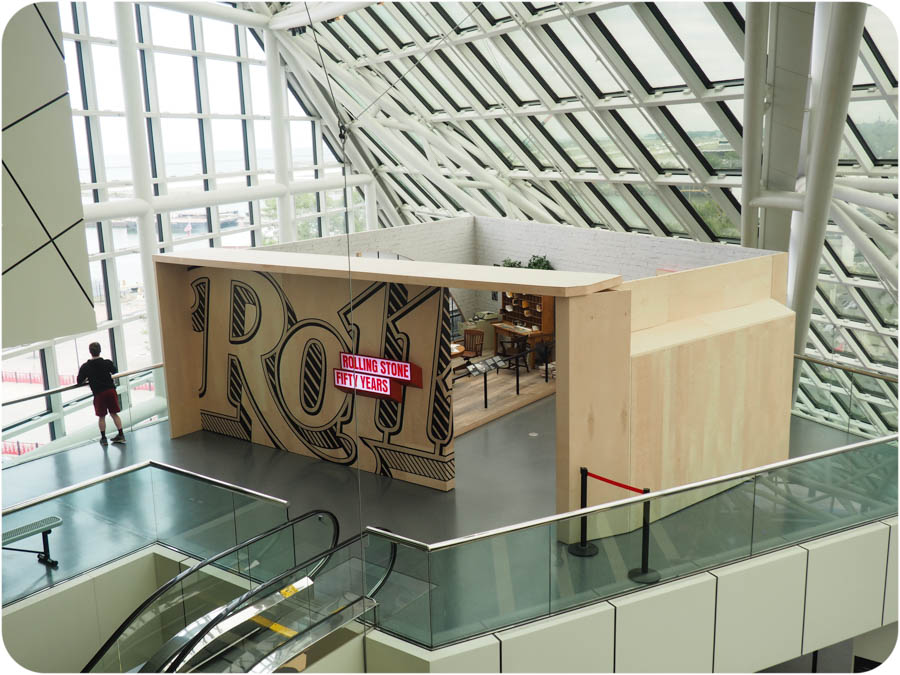 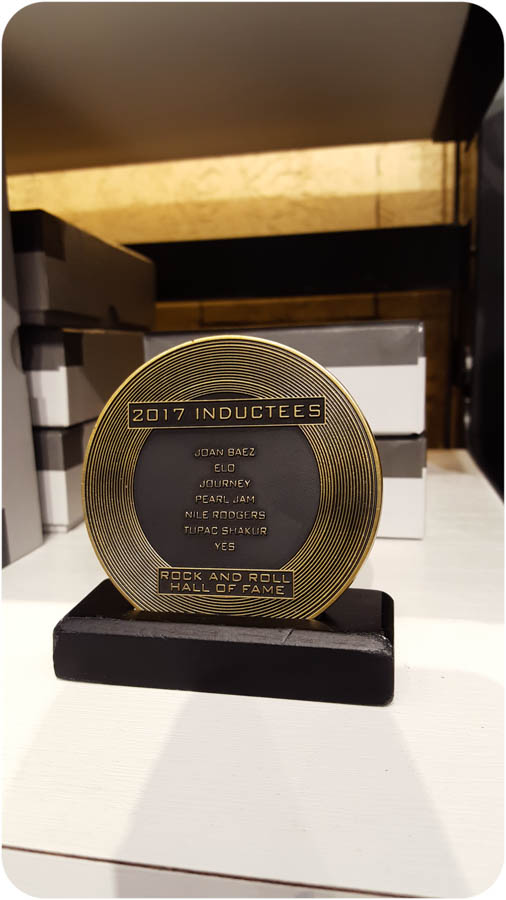 The inductees actually get a better display on shit sold in the gift shop than they do in the actual museum, which is straight fucking ridiculous. 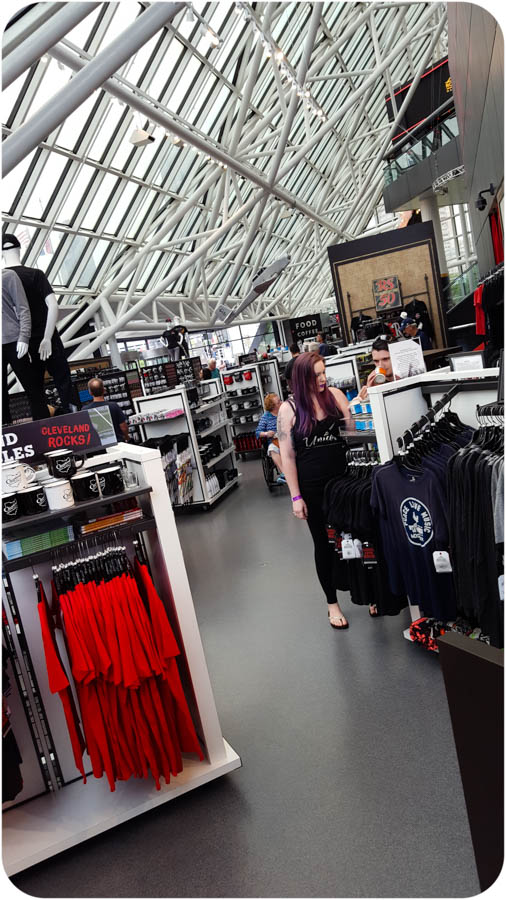 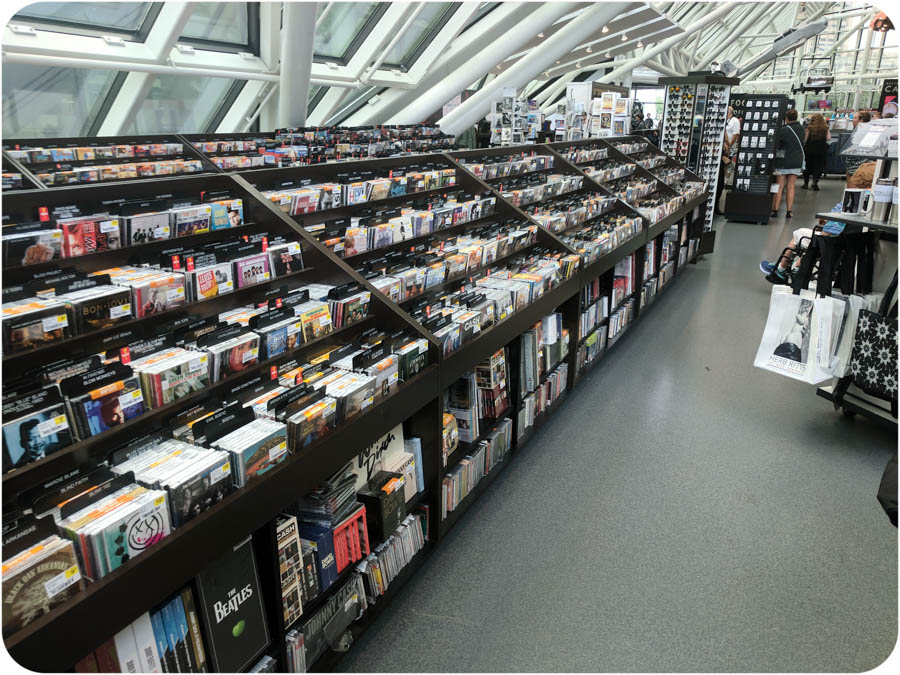 This may as well be another exhibit–hey kids, this is what a CD store used to look like back when physical media was a thing!

Our group split up on entering the hall of fame. We ran into Jason’s uncle halfway up the pyramid and asked him what he was taking photos of. “Crap, mostly.”

Couldn’t agree with you more, man.

*Now that I know how much this place sucks, going forward I could do without the yearly breathless discussions about the nominees/inductees/and why so and so continues to be slighted. It’s a subjective list, and literally anyone could start a new museum and call it The Musician’s Lodge of Awesome and set up their own arbitrary system of inclusion. But the glass pyramid thing is a little oversaturated, so maybe pick a different shape for your statement entrance. And if you’re gonna exist to mostly be a gift shop, do everyone a favor and just call it The Musician’s Lodge of Souvenirs.