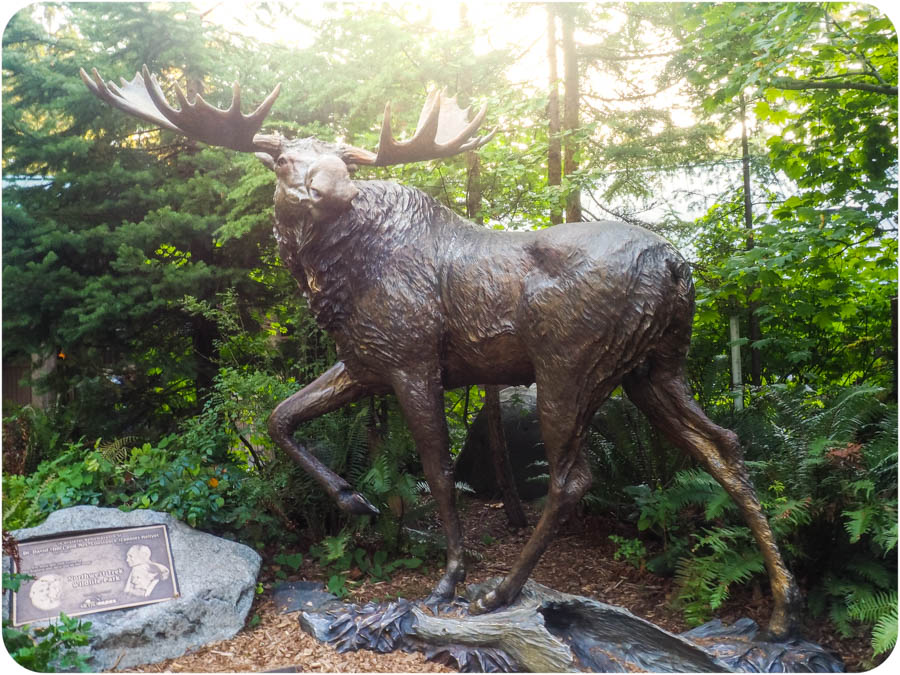 I could practically hear the bloodlust in their voices. It was early morning, and I was sitting in a tram at Northwest Trek with Jason and about ten other people, waiting for the elk bugling tour to begin. We were the easily the youngest people there by decades, and also the only ones not wearing camouflage. As the morning mists swirled about the tram, inside, discussions swirled about the various forest animals the other riders had killed and failed to kill and wanted to kill in the future. Perhaps I was misinformed about the nature of this tour–were they going to let us out at the back end of the park, first one back to the gate dragging a carcass wins? Surely not.

But neither was it going to be what I had pictured: a steady train ride through a quiet forest, elk bugles shivering in the distance, while everyone winked at one another about the saucy time they must be having and sipped mimosas. I was wrong about everything, most woefully about the mimosas. 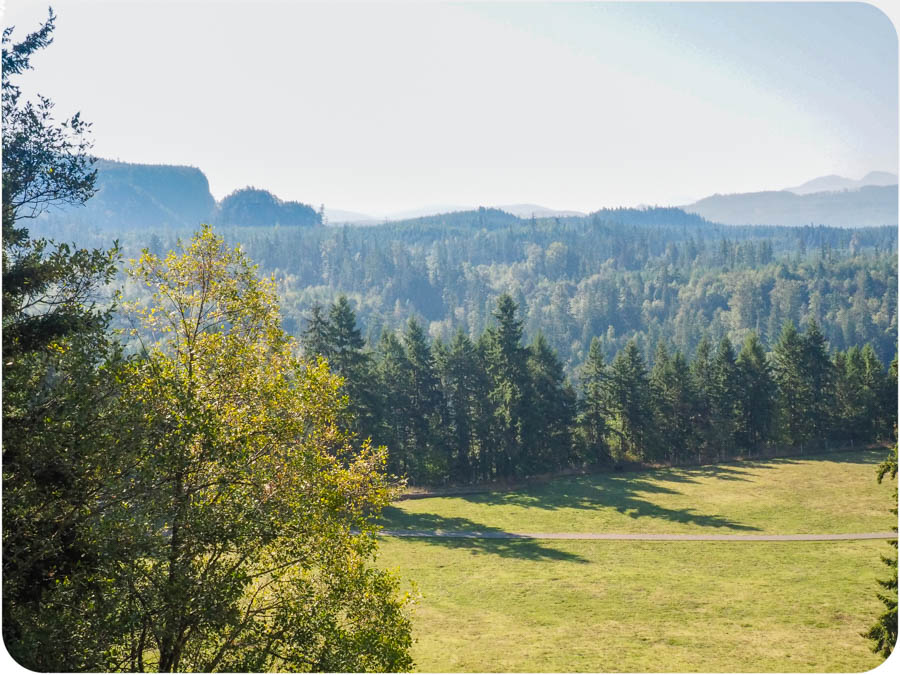 It also wasn’t a train ride. Northwest Trek has 435 acres of free range land for its grazing herds (bison, elk, moose, bighorn, blacktailed deer, mountain goats), with roads running throughout, accessible by their tram. They call it a tram, but it’s not like any tram I’ve ever ridden–since there’s no guiding rail above or below, I’m not quite certain what makes it a tram. I suppose the fact that a “bus with the windows open” tour doesn’t sound as pleasant as a tram ride has something to do with it. Terminology aside, the series of roads meant we were able to go to the animals wherever they were on the property. Occasionally, one of the keepers would radio in with a hot tip, and off we’d go, careening around corners to find them. As I mentioned, we were primarily there for the rut–the elk breeding season when males challenge one another for control of harems of females. If we were particularly lucky, we’d get to see some sparring behavior as well.

To encourage the males to sound, the tram driver would play a recording of their bugle. It sounded like a disgusted ghost trapped in a trombone: oooooo-wheeeeeeeeeee-ah! Ew ew ew!  I think the elk at Northwest Trek are on to this tactic, because they did not show much interest in reciprocating with bugles of their own, for a musical ghost throwdown that the ladies couldn’t resist. For further encouragement, people on the tram began using their own special elk calls. Because with the exception of Jason and myself, and I am not exaggerating, everyone on the tram had their own special vocal elk lure. Everyone. From a dying frog in a windstorm to fart sounds through cupped hands, they all had a method to lure the beast’s head into their laps. Not wanting to feel left out, I quickly devised my own. “Hey Carl! Hey Bob! How ya doin?” For some reason, my best efforts went unanswered. We did get some reedy replies eventually, and in the meanwhile, I got to hear a lot of exciting jokes about how the women should know their place, because the general public can just never get enough of those old kneeslappers, evidently. 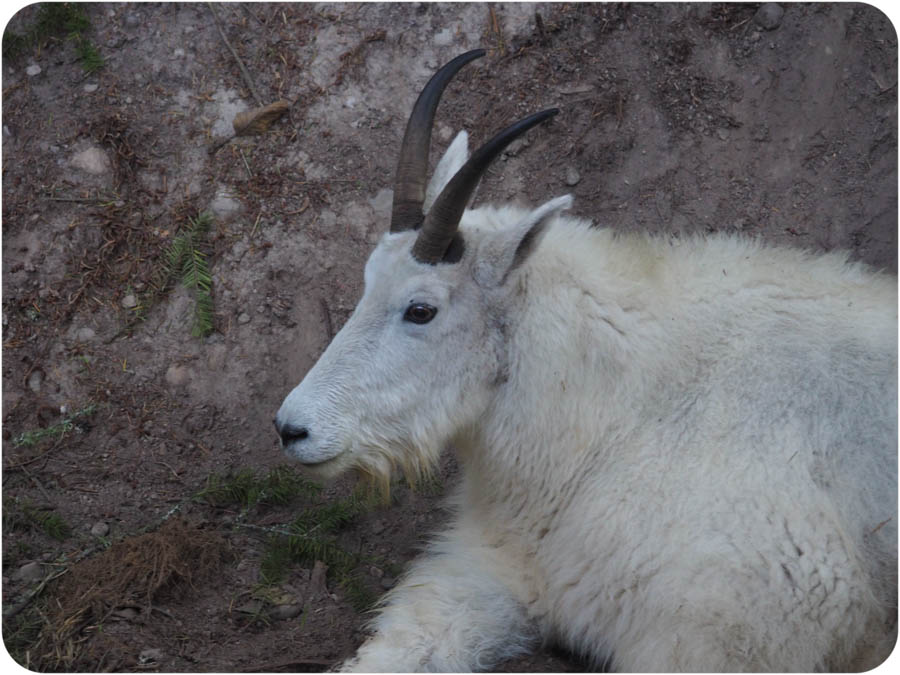 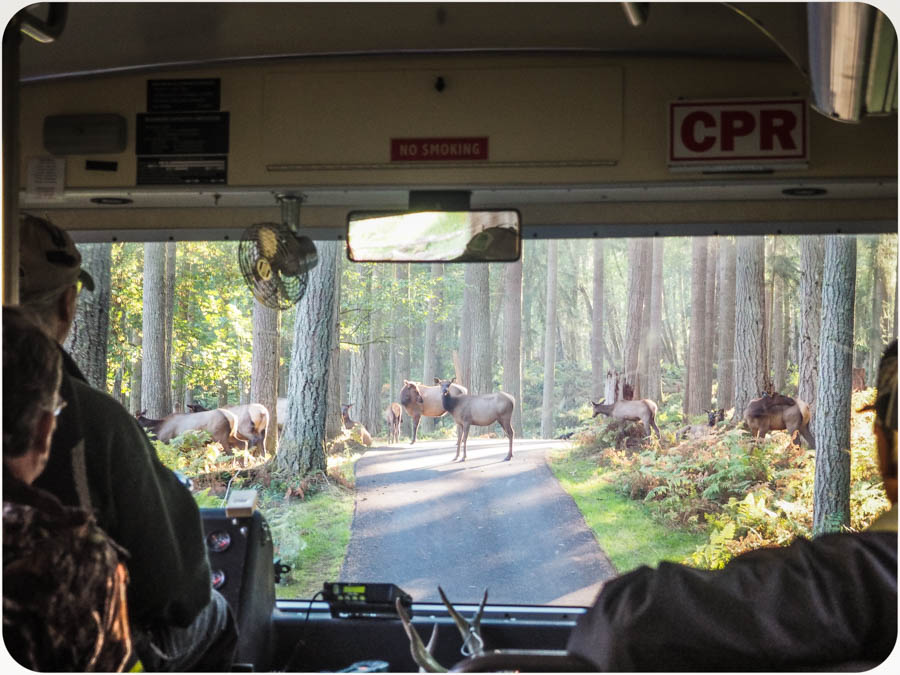 I didn’t lie about the camo, but I assume you thought I did. 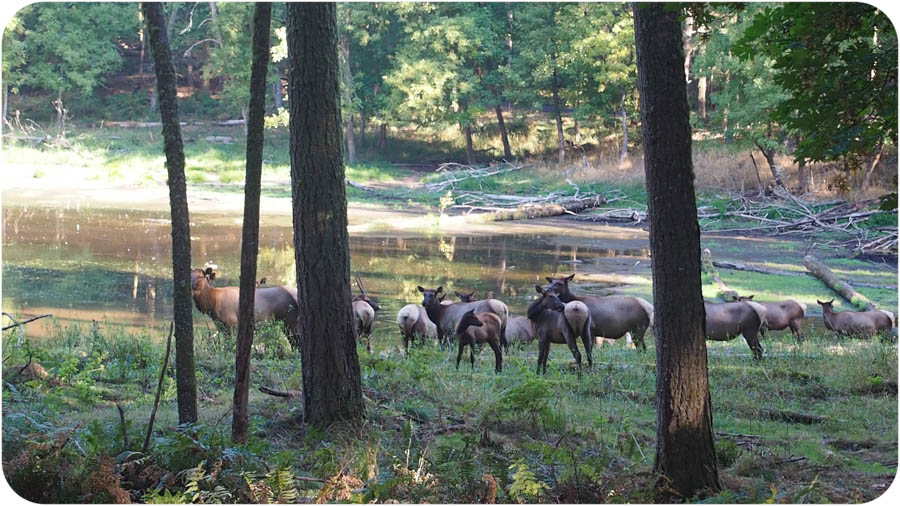 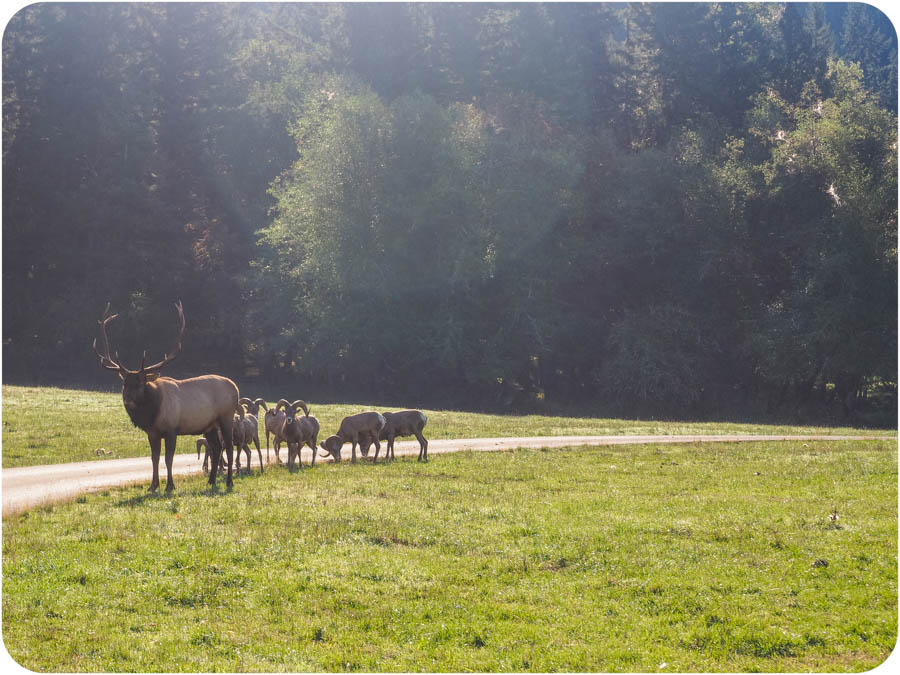 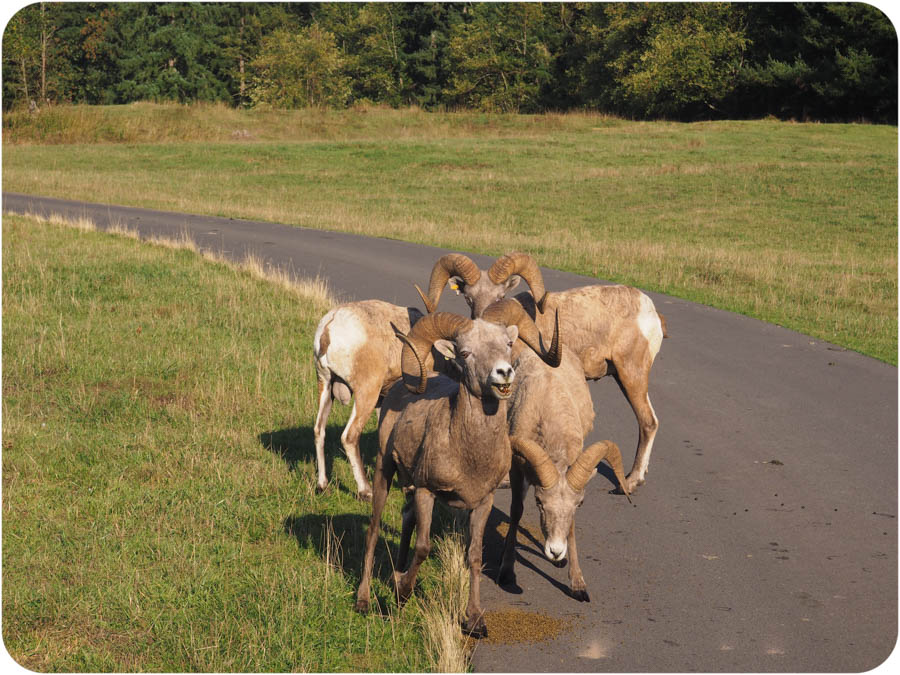 NW Trek feeds them on the roads because otherwise why in the hell would they hang out near the road? They wouldn’t. This bighorn is trying to bleat at us through a mouthful of grain and looks uncannily like me whenever I end up at a party around people I don’t know and the only time they ever ask me anything is the second I take a particularly dry bite, followed by internal panicking at how long it’s taking me to chew and swallow and not wanting to keep people waiting (RUDE!) but not wanting to talk with my mouth full (RUDE!) and the horrible compromise is that I take too long to answer and also my mouth is still kind of full so I mumble behind my hand some dumb answer that wasn’t worth waiting for. Why am I not good at networking events? IT’S A MYSTERY. 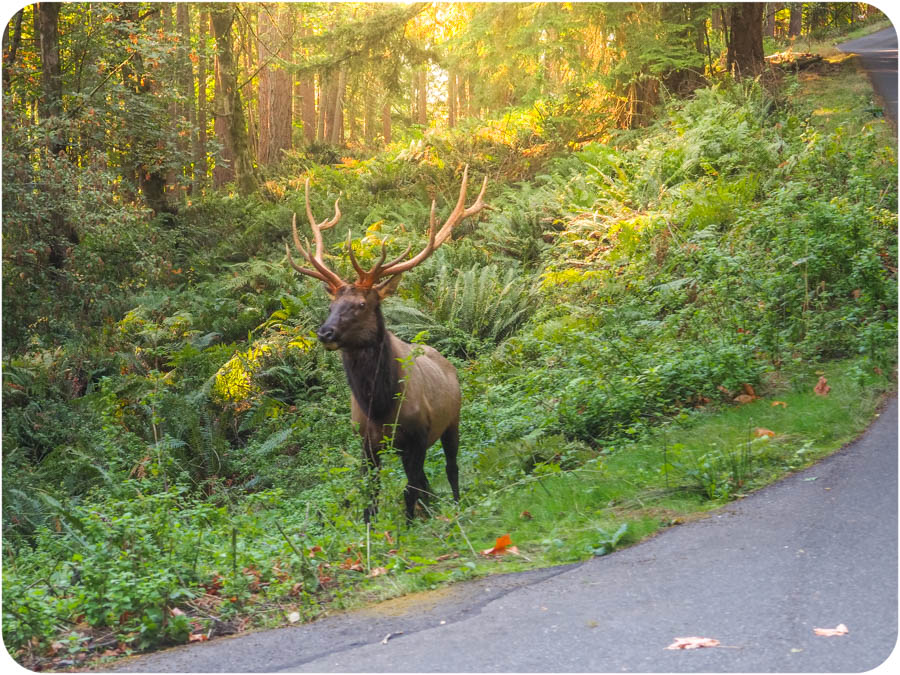 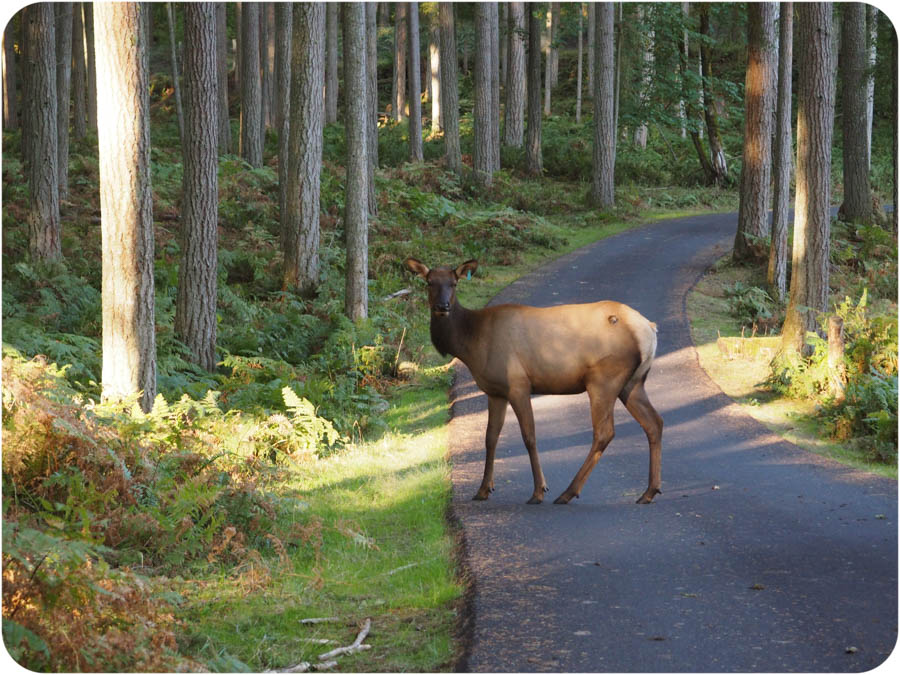 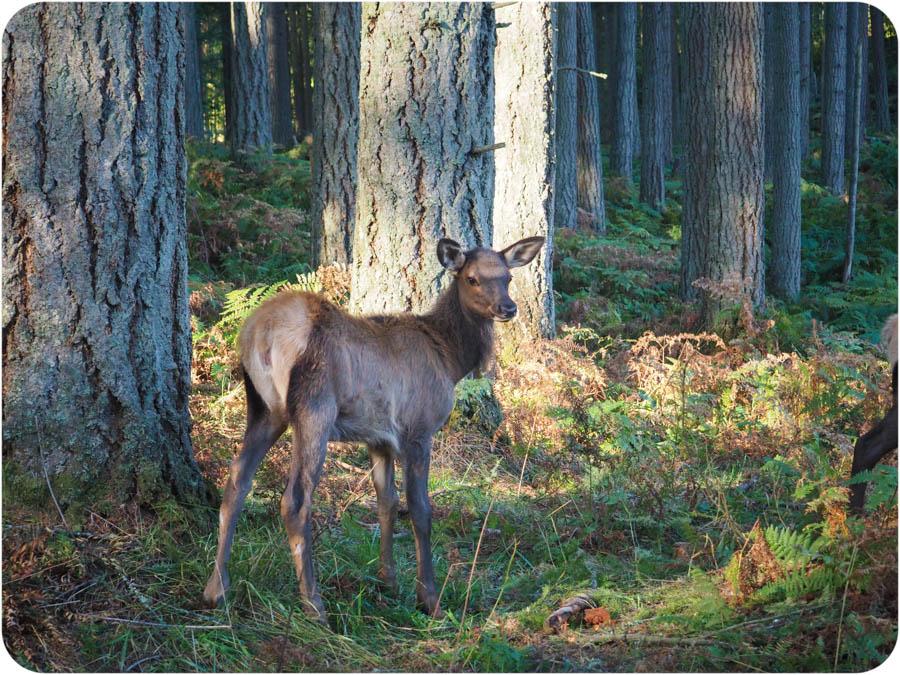 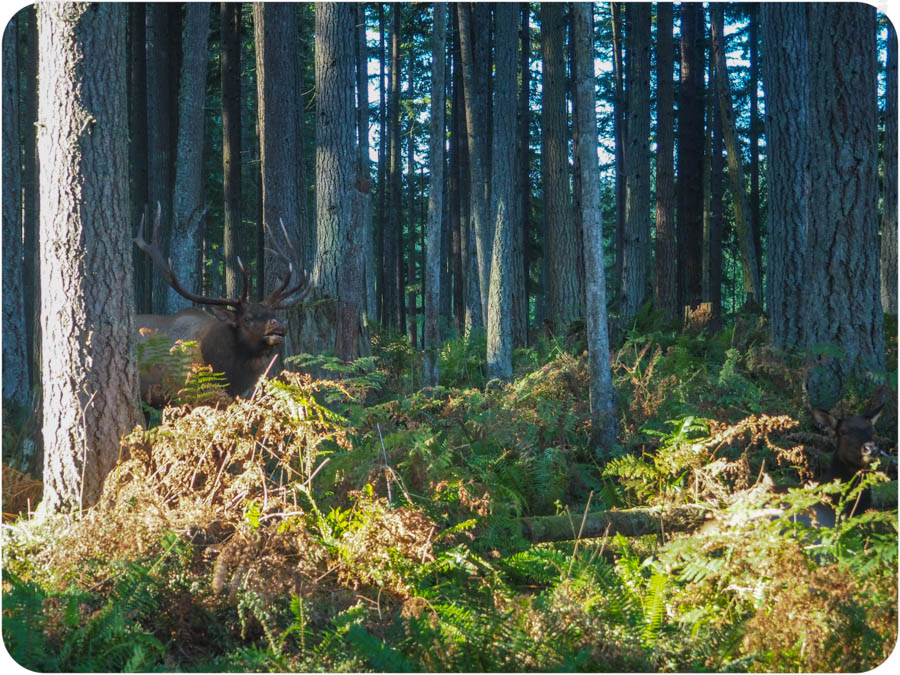 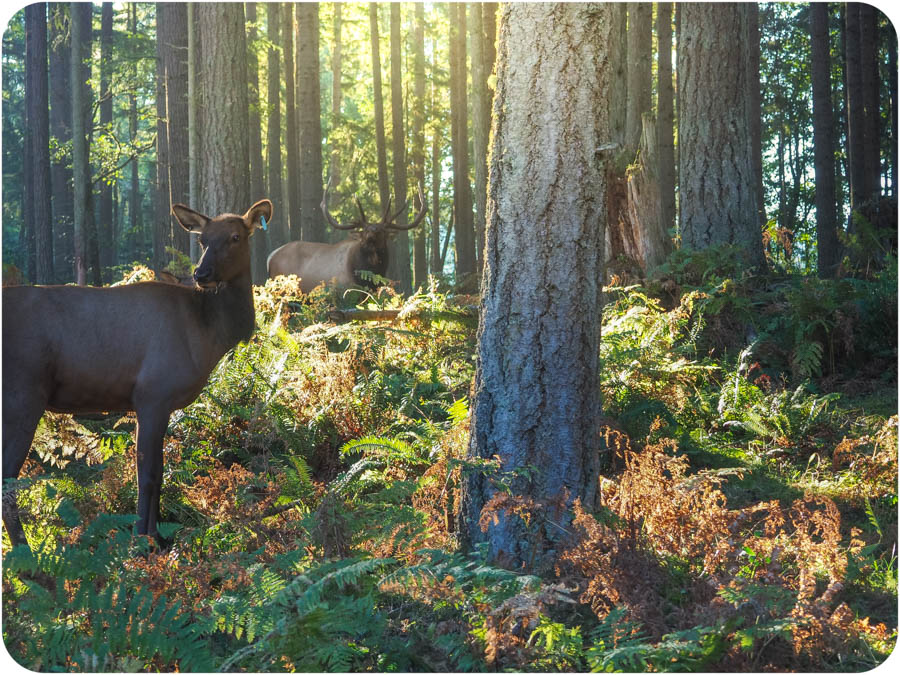 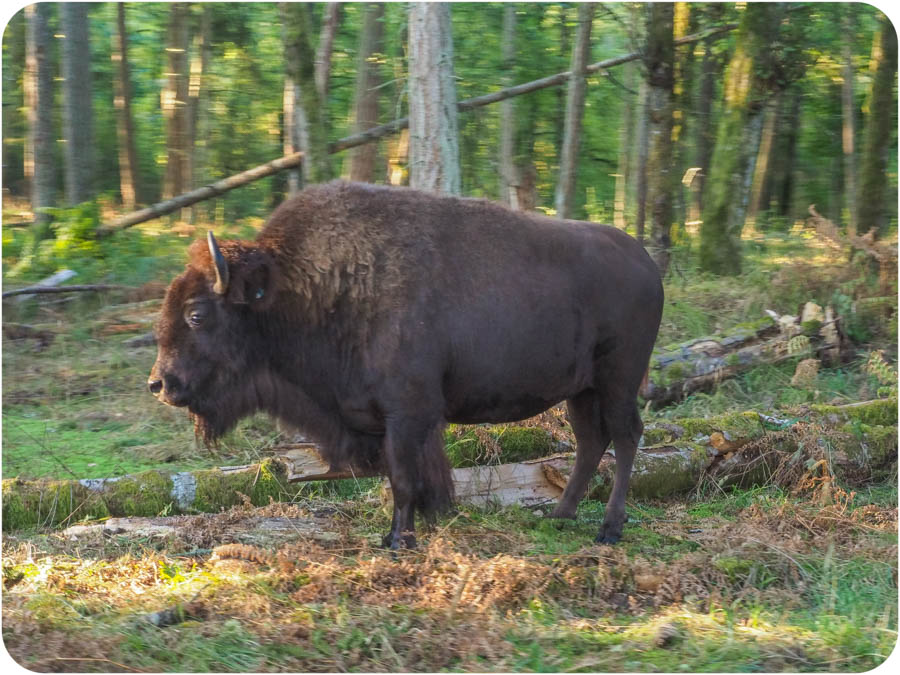 So I was definitely ready to be off the tram by the time the tour finished and away from these hootin’ hollerin’ presumably gun-toting senior citizens. Fun fact: according to NW Trek’s website, many things are prohibited inside the park, including the aforementioned mimosas, drones, balloons, segways, barbeques, but somehow, firearms are missing, which seems like a big oversight for a business centered around tours of game animals. Just sayin’.

NW Trek also has a small zoo with natural-ish enclosures along a walking path, featuring animals native to the NW forests. Also along this path are trailside encounters, where keepers handle and answer questions about an animal so people can see them up close. The two I saw were with an opossum and a slug, respectively, and not to brag, but with regards to the latter, I have to say I see slugs up close and at a distance quite frequently as I pick them out of my garden and huck them over the back fence so they can eat the county’s weeds instead of mine. It’s a rare and privileged experience, I know. Be on the lookout for my upcoming memoir, Banana Slugs in the Mist. 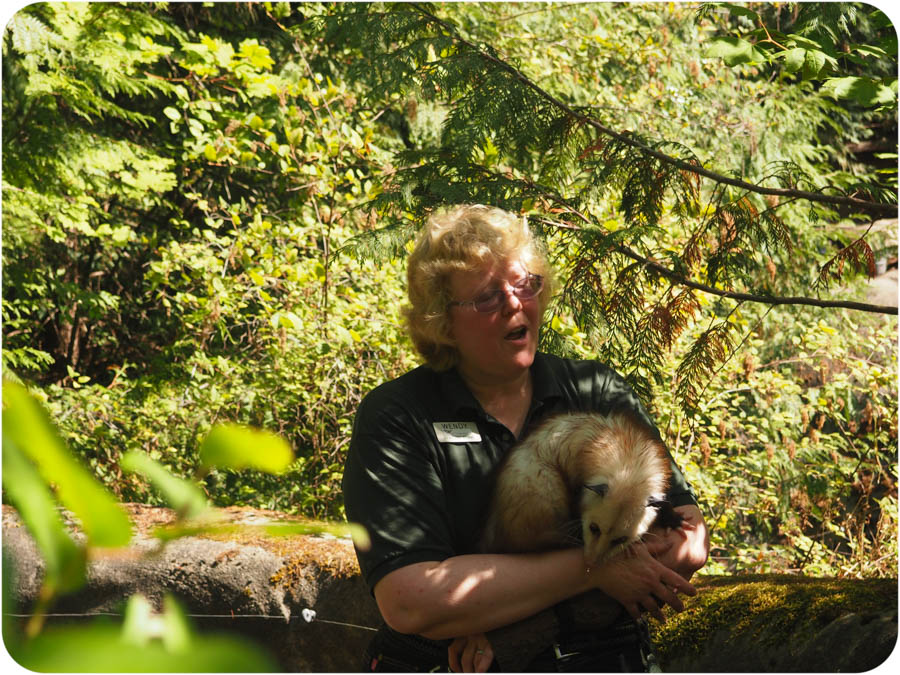 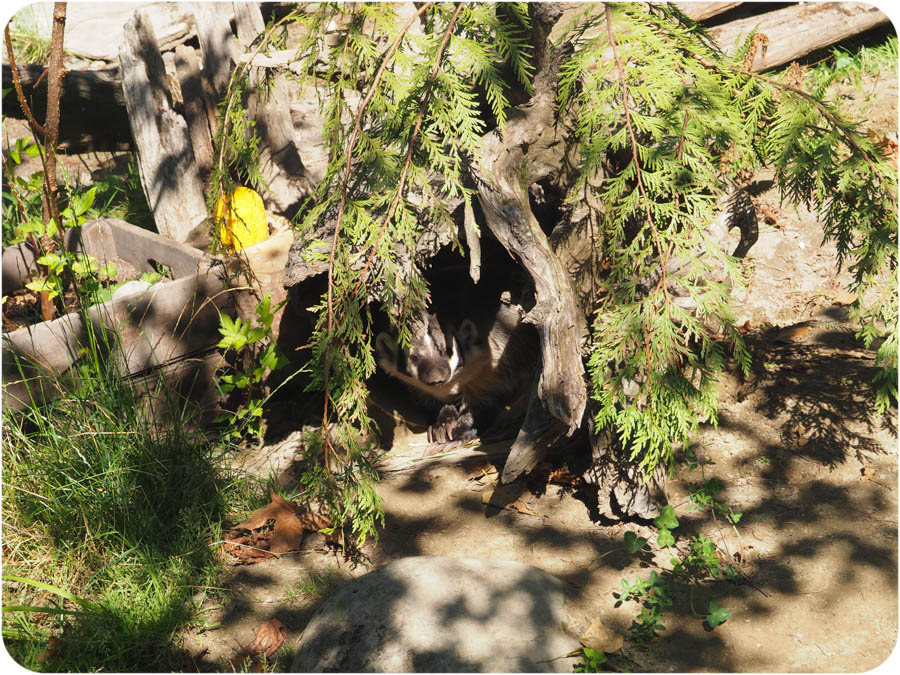 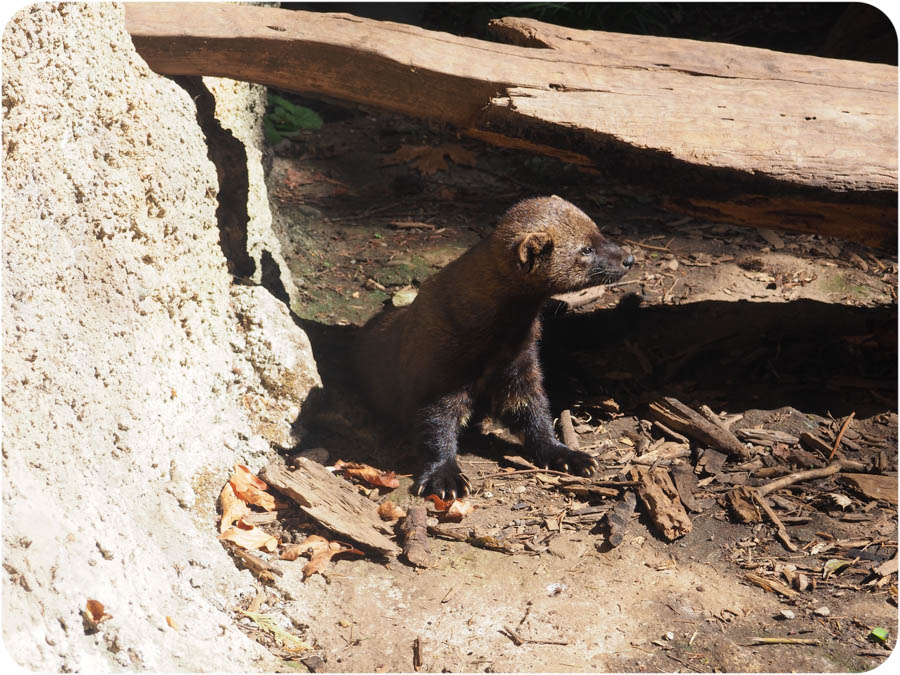 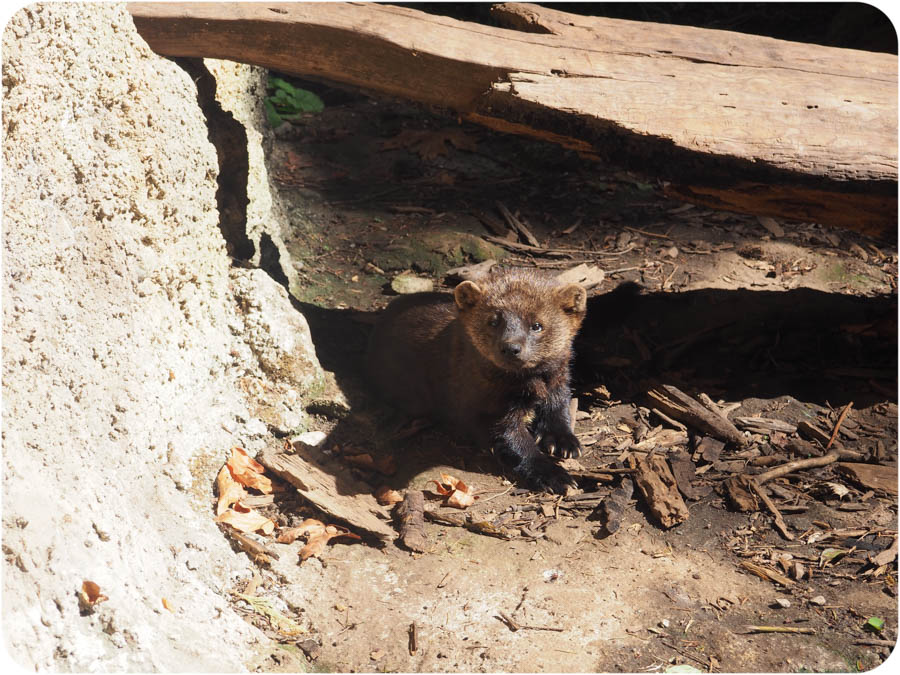 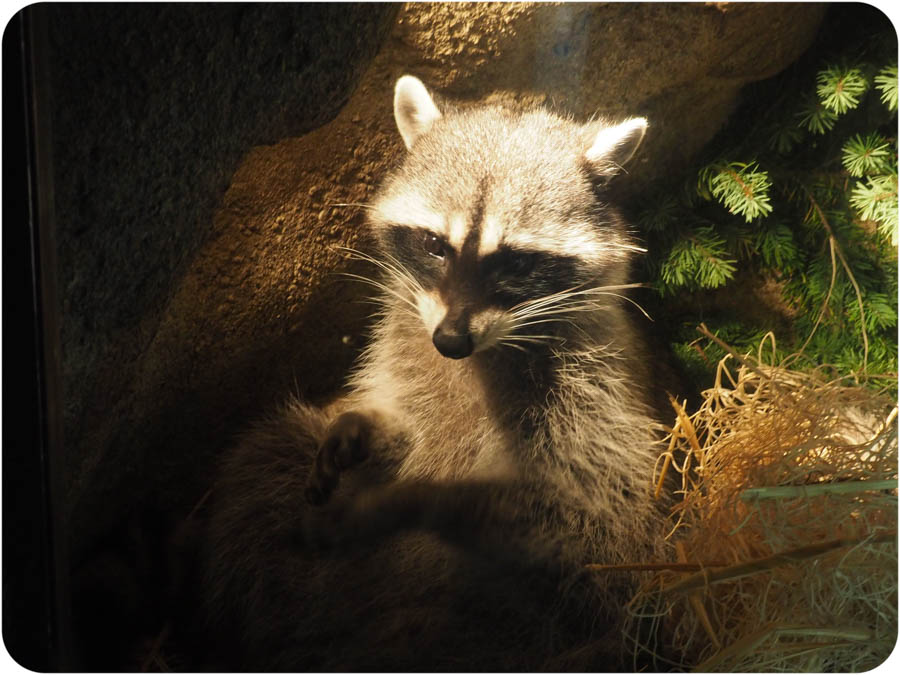 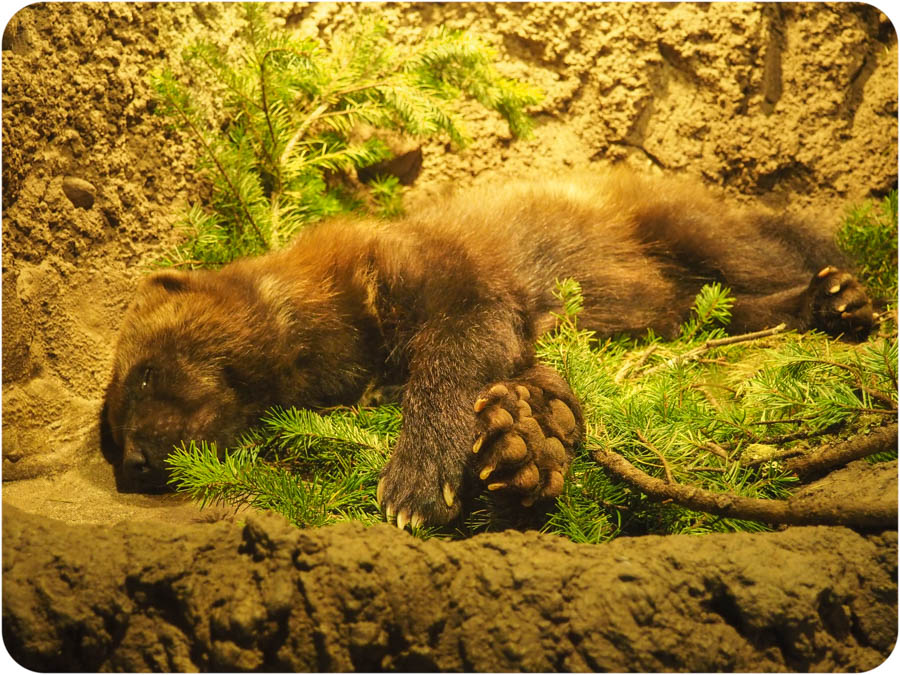 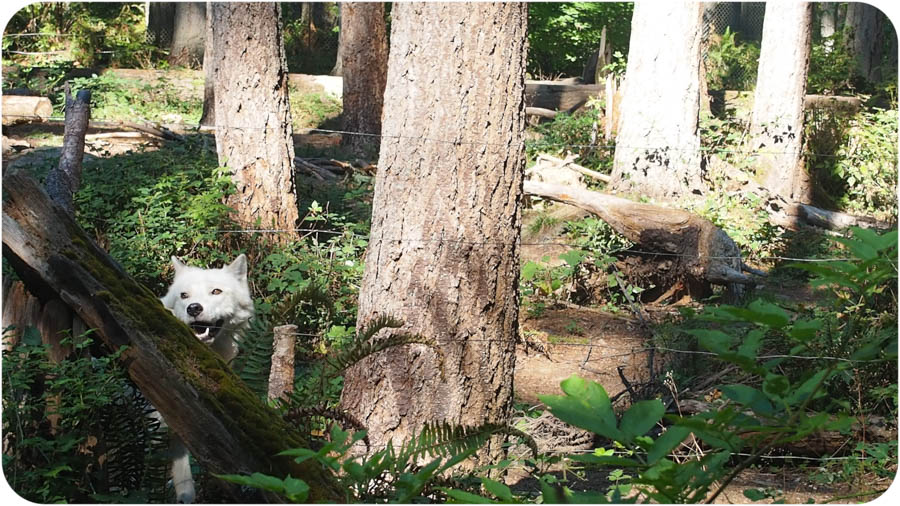 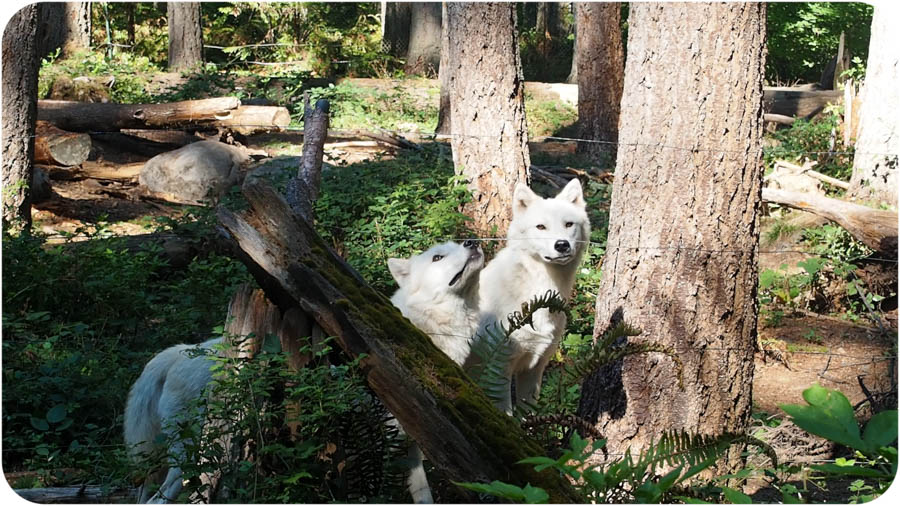 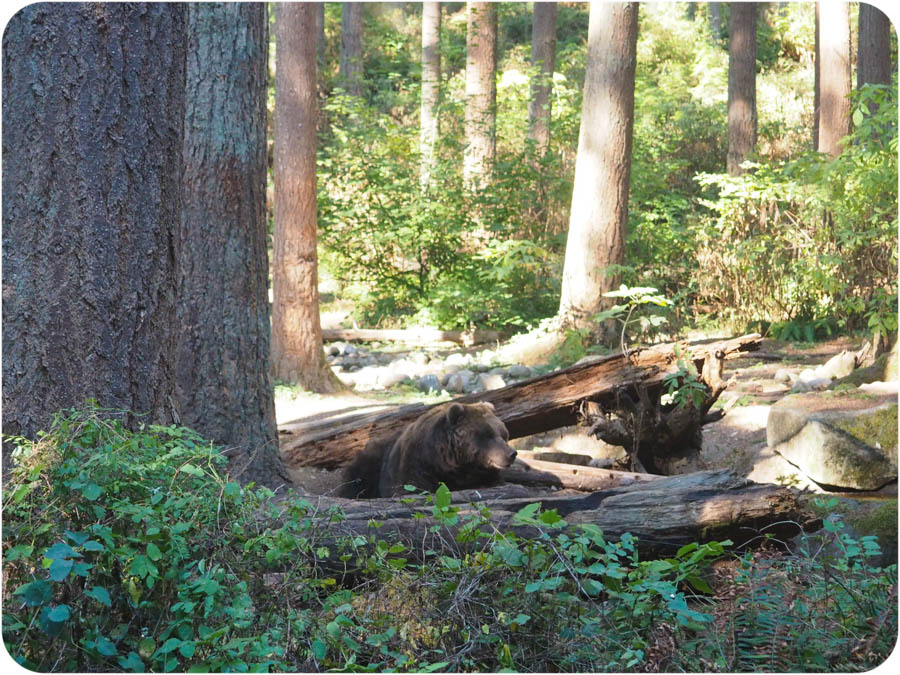 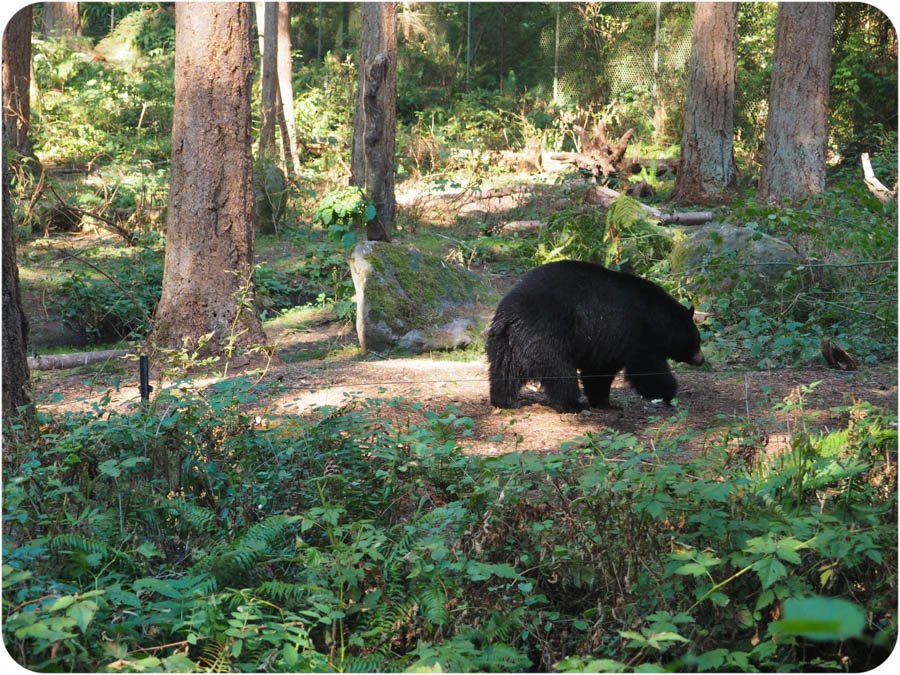 I’m stupid about wild animals, because a lifetime of Disney movies has indoctrinated me into believing that if I go walking out into some strange forest and need help, I’ll soon be making some animal friends. I’ve previously discussed how huggable I feel bears to be, and now these freaking wolves at NW trek just look like cute floofy white puppies to me. I took a video of them and realized I was making smoochy sounds to get their attention. The attention of a predator. If I go walking out in some strange forest and need help, I’m doomed. Especially if I try to lure over an elk friend with my newly-learned calls.

Riding in the Sky: The Sandia Peak Tramway