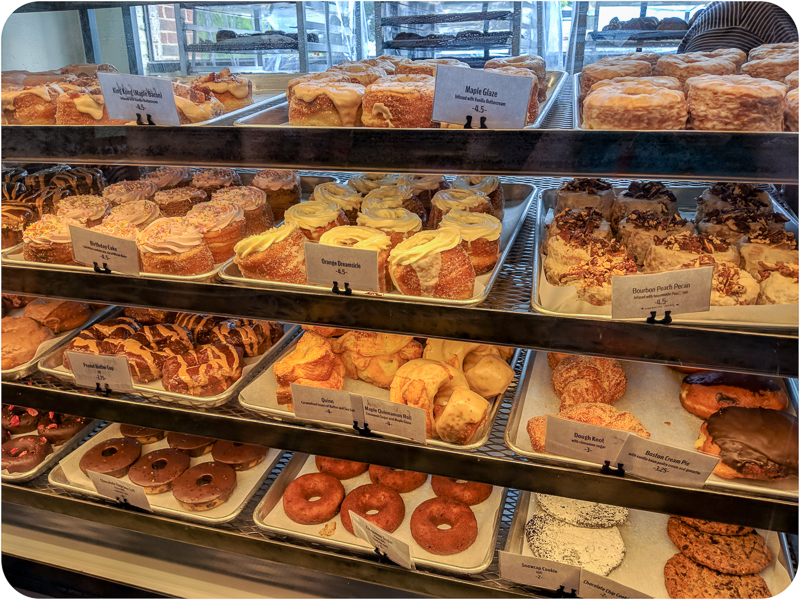 The Ponce City Market is a new shopping complex in former Sears & Roebuck with a killer food court, local shops, and even an art-o-mat. After a brief detour to what appeared to be a good sale on Frye boots, I got to learn the hard lesson that their boots don’t accommodate my calves, which is a very fun and not-at-all embarrassing thing to have to discover in front of a smug thin salesperson who was very put out about getting them for me in the first place. This. This is why I don’t have nice things, because salespeople intimidate me out of stores and also because the powers that be in fashion have decided that calves as wide as mine are too freakishly large to clothe. Their (one, people with wide calves don’t want to be burdened with too many options) wide calf boot is even named the MELISSA and it doesn’t fit my calf and as a boot appreciator named Melissa I just want to fall into a hole and die every time I shop for boots because all it does is break my heart. Don’t even get me started on English riding boots, apparently no one with a calf wider than a pencil deserves to be able to purchase proper equipment.

So I guess you could say I was ready to eat some feelings at Five Daughters Bakery, where Carrie and I shared two 100 layer doughnuts, their croissant-style confection. Both their King Kong (maple bacon) and their Bourbon Peach Pecan were delicious if not quite boot-disappointment-erasing. 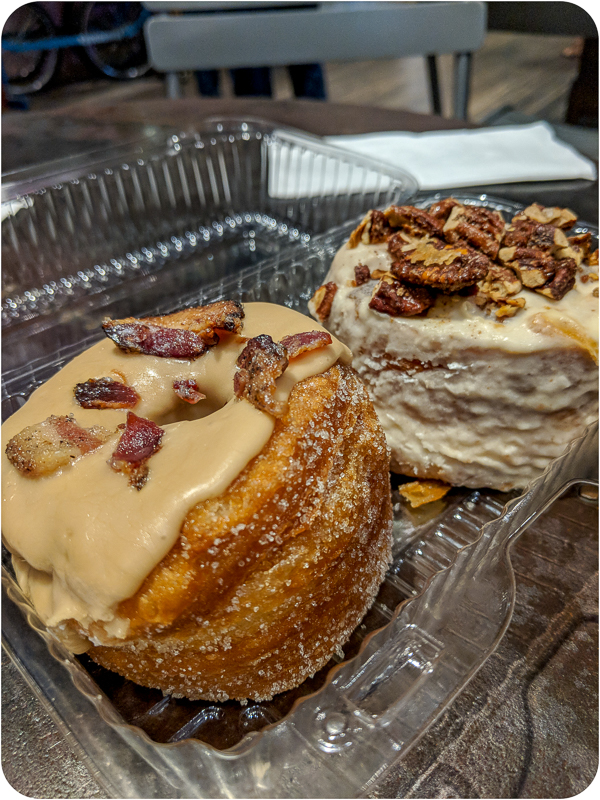 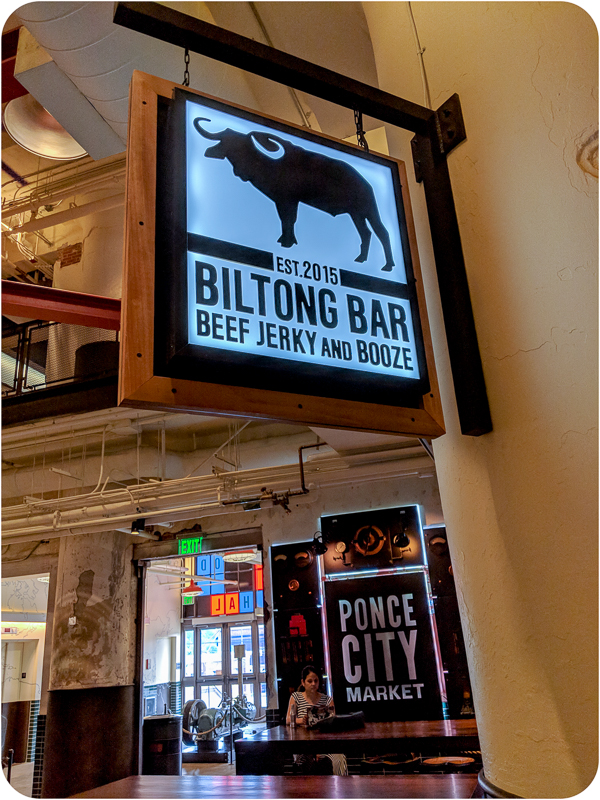 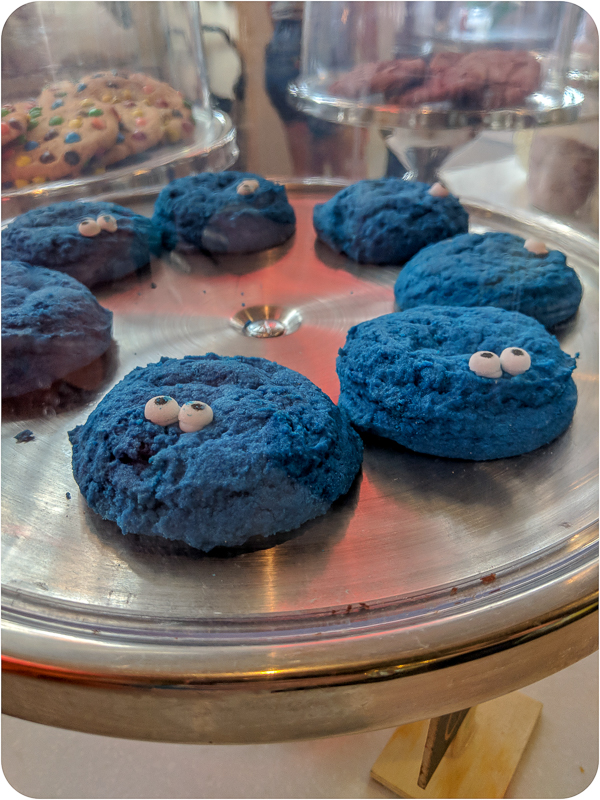 From Ponce City Market, it’s bare steps to Paris on Ponce, a carefully curated antiques and other upscale flea market vendors’ warehouse. I had a lot of fun browsing through here, and I ended up leaving with a cool print I’ve yet to frame and hang. I wanted to leave with their chubby pug dog wearing a little french bowtie but somehow managed to resist. 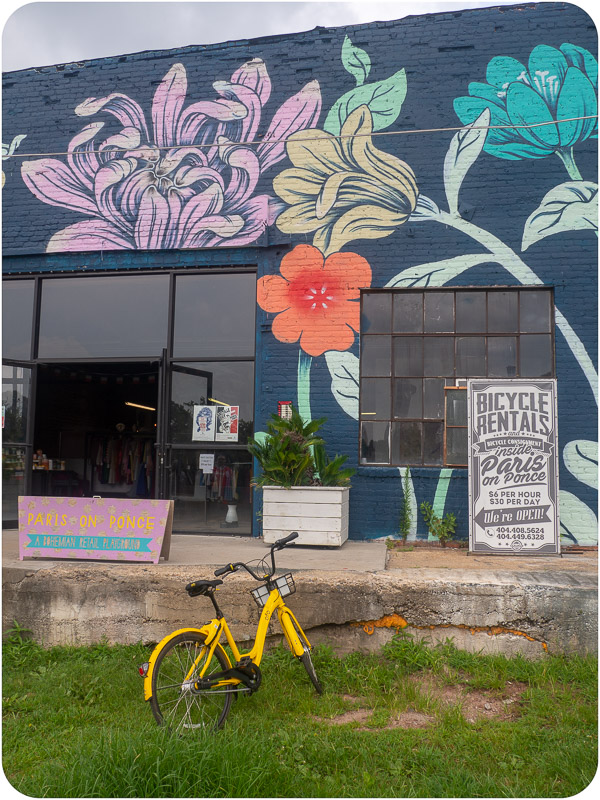 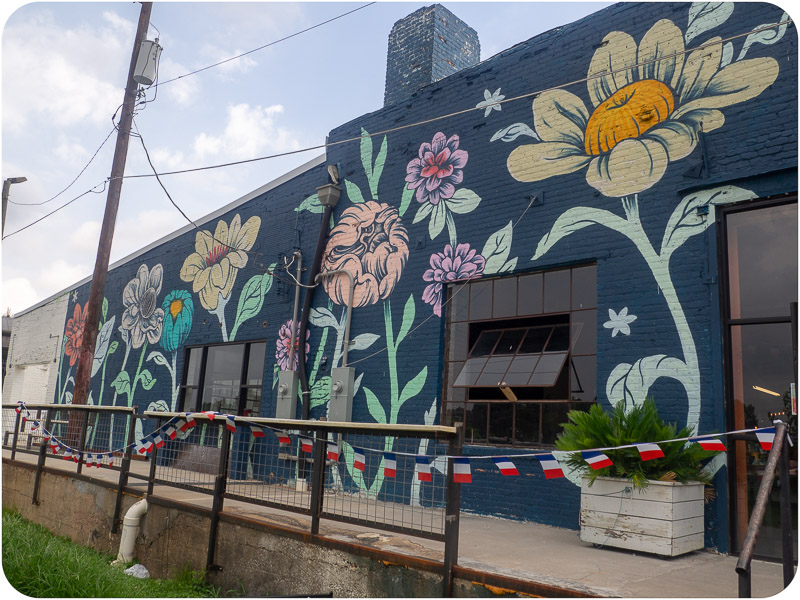 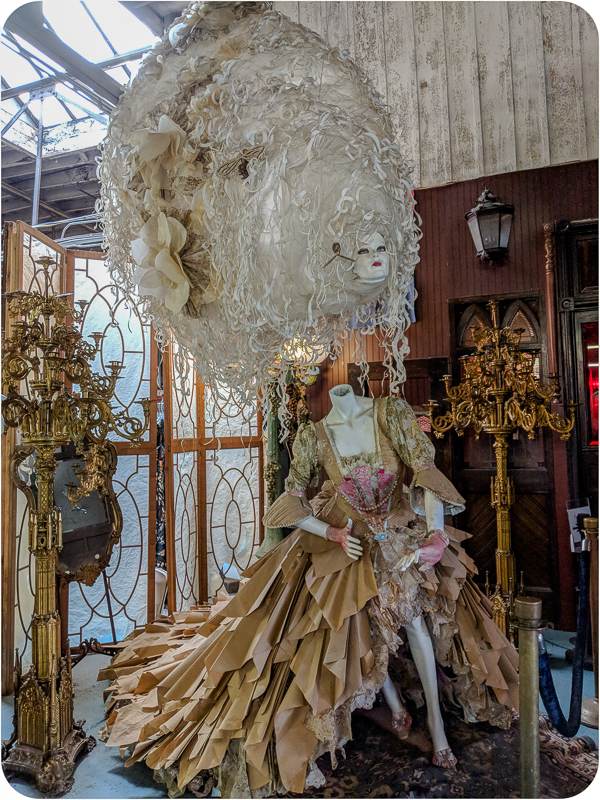 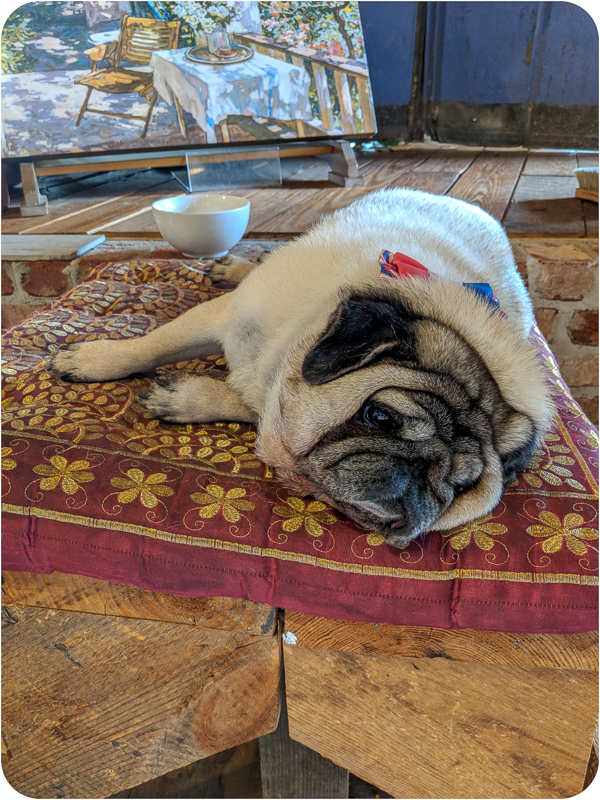 Barely. Look at that smooshy face!