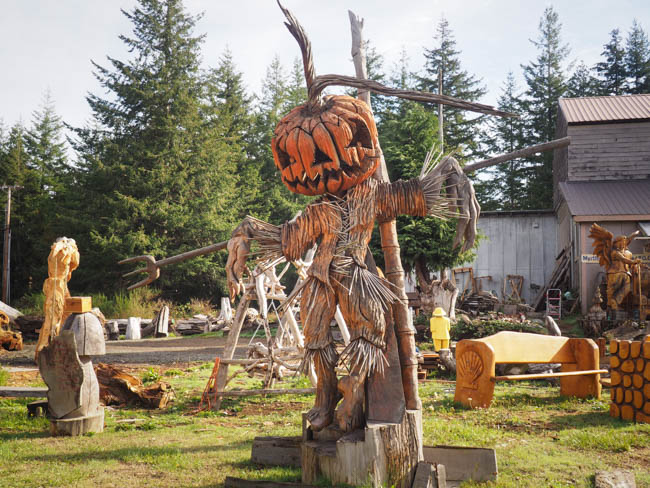 It took some real effort on my part to not try to cram this wooden scarecrow from Something Awesome in Bandon into the car, which I think is precisely the reason I bought a compact hatchback rather than a truck, to curb these sorts of impulses, lest my yard turn into an unintentional roadside attraction. However, the very real possibility of all of my weird hobbies and collections turning into an unintentional roadside attraction is precisely why I bought a home in a neighborhood without a homeowner’s association, because intentional or not, I’ll be damned if I’m going to let my neighbors dictate to me what size my yard alien can be. 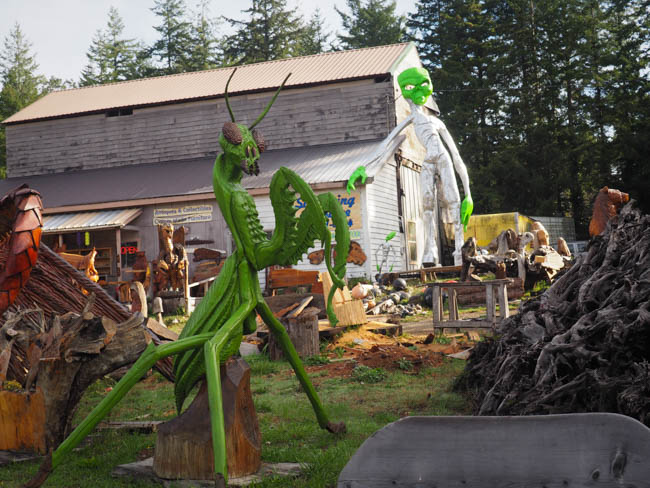 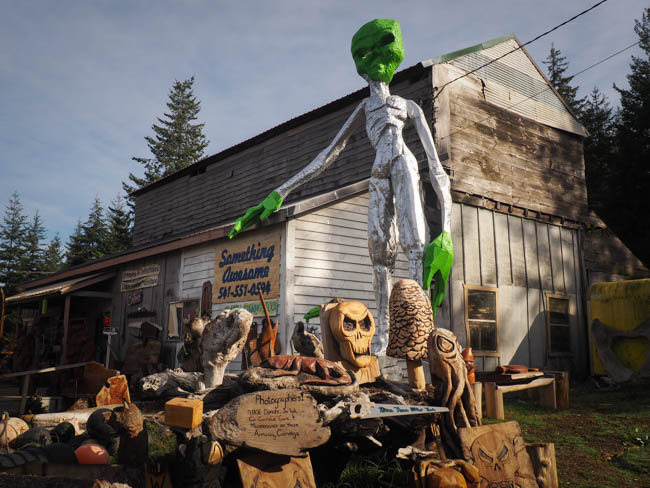 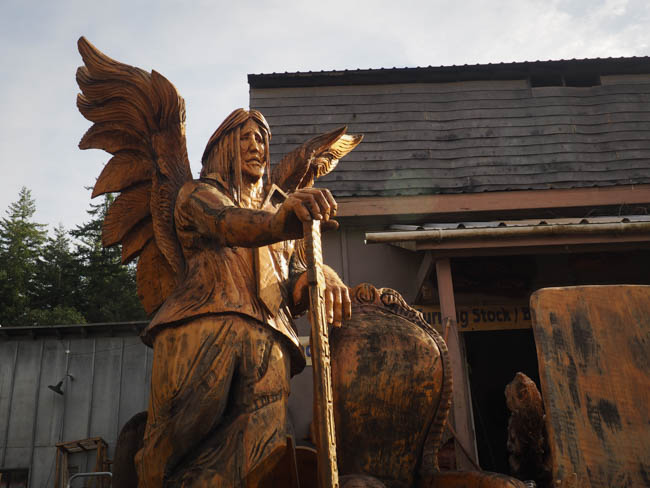 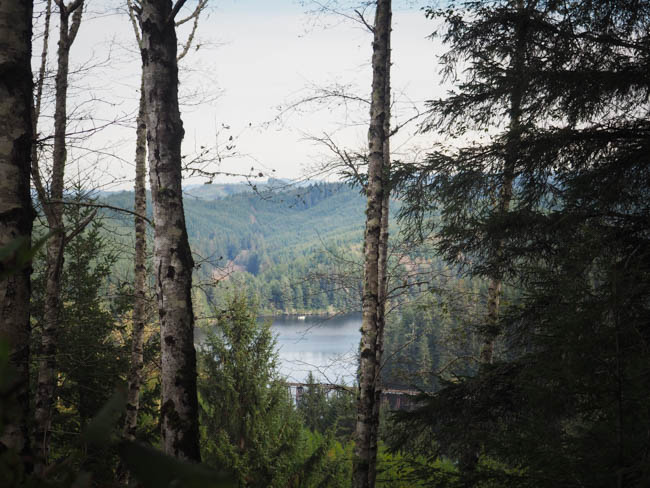 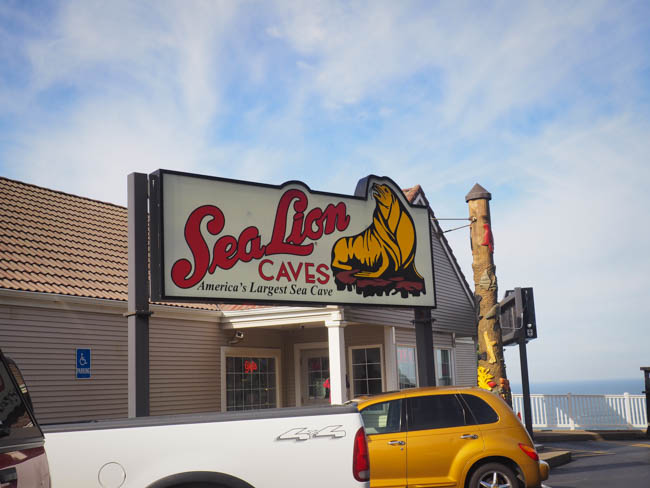 I had to pull over for the Sea Lion Caves. America’s largest sea cave? Yes, please! I parked in their large lot on the east side of 101 and dashed across the road only to be told inside that their elevator was broken and they weren’t allowing anyone into the sea cave, not on the walkways, not to their viewpoint, nowhere, because someone might look over/fall into the elevator shaft. “It’s a liability issue,” they said. “The lawyers won’t let us.” Evidently the lawyers have no problem with them encouraging people to run across a highway, though. So I took the liberty of fixing their sign. 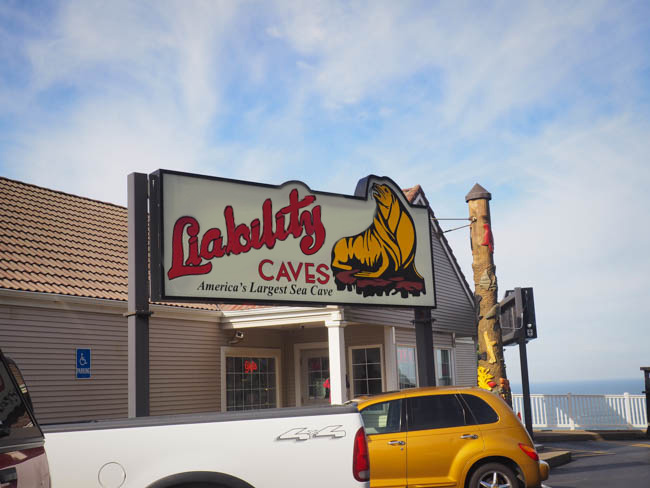 I also considered adding “The lawyers encourage visiting our gift shop instead” at the bottom but I don’t actually know the lawyers’ stance on that. 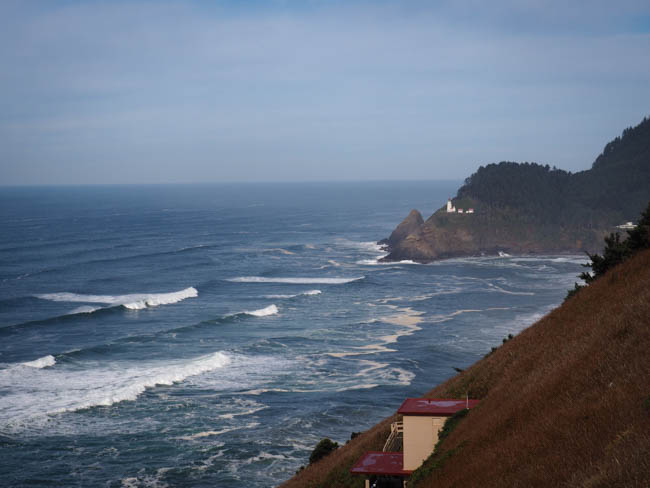 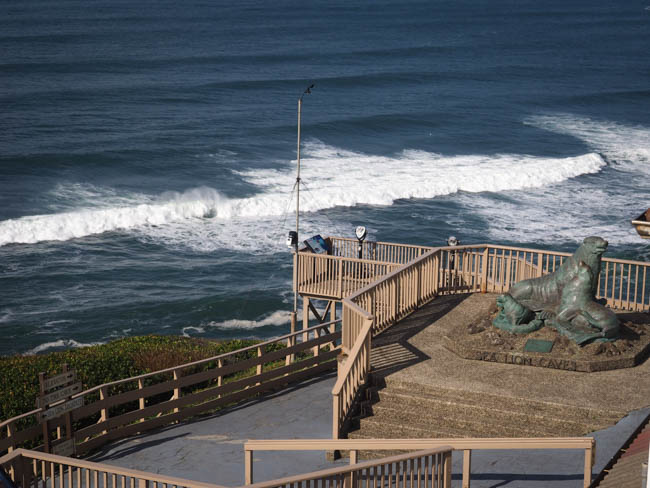 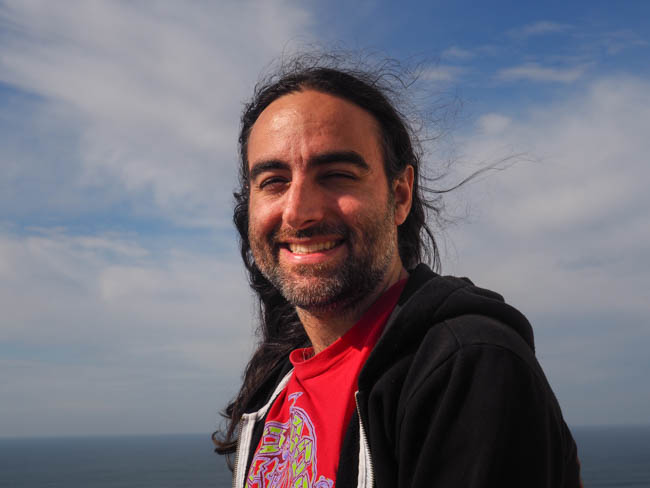 My next stop was Devil’s Churn, a narrow inlet where the waves crash into a milky froth to make Beelzebub Butter. Or so I assume. When the tide is in, the waves can crash up to hundreds of feet into the air, and there are signs everywhere warning visitors never to turn their back on the ocean. The rocks down near the water were very slick with satanic ooze, and my boots skidded right off which is how I ended up in ankle deep demon muck with my boot covered in rock snot*. 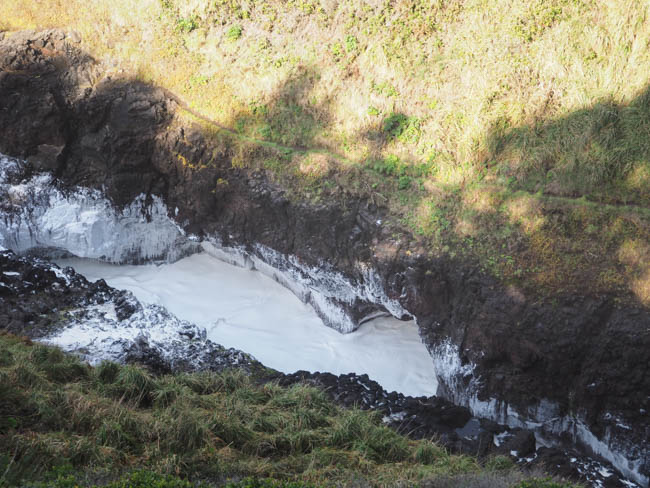 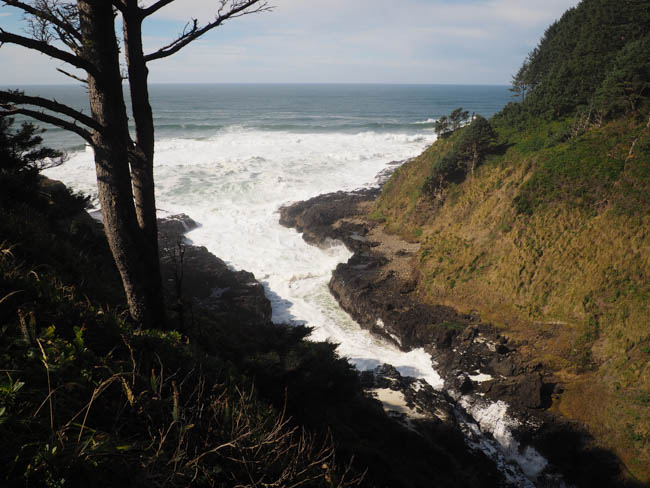 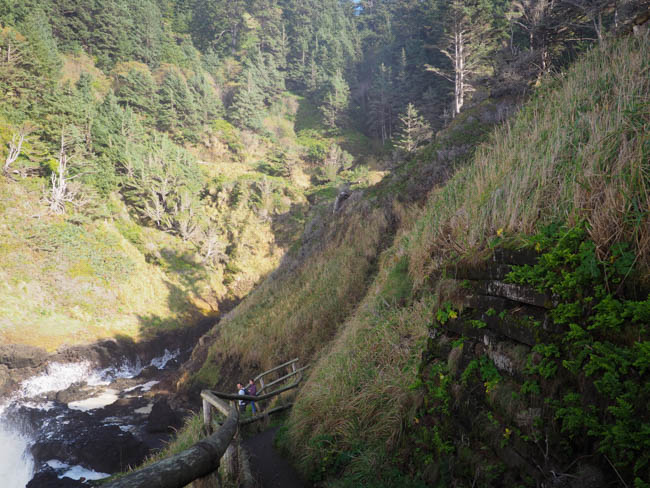 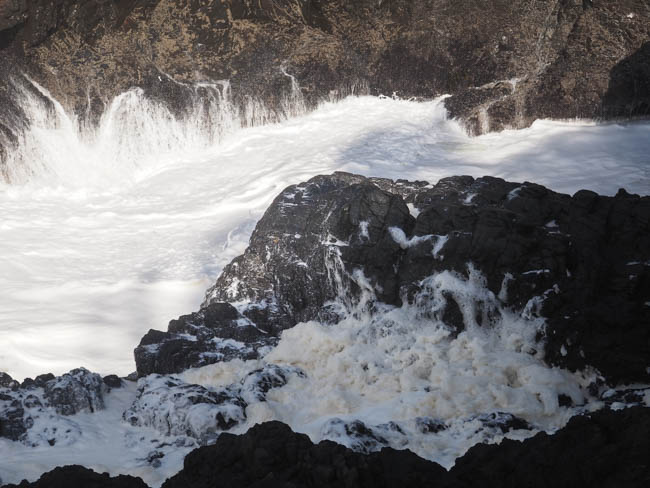 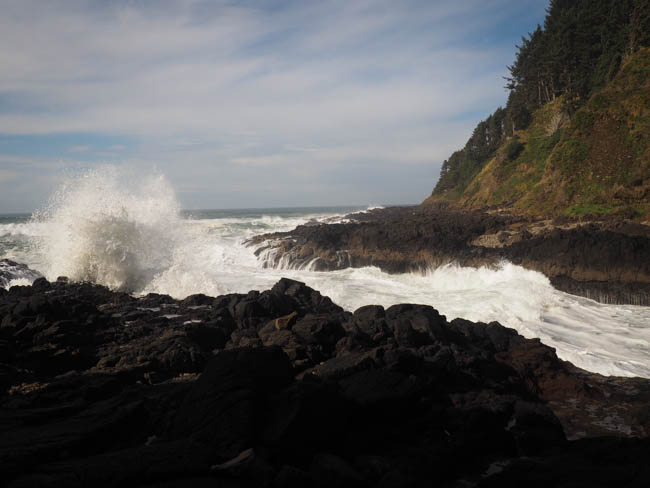 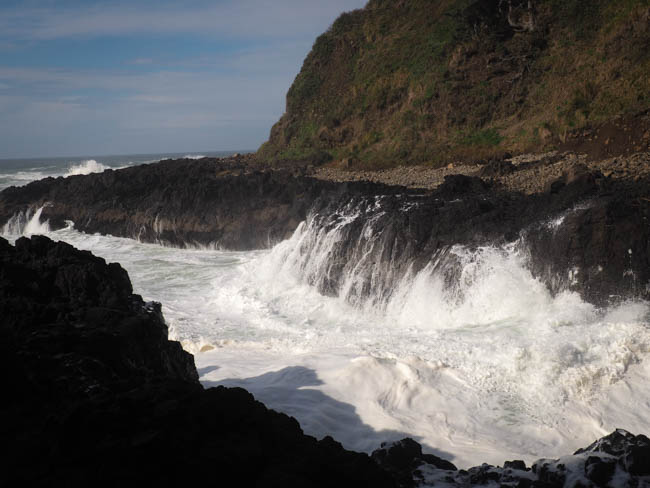 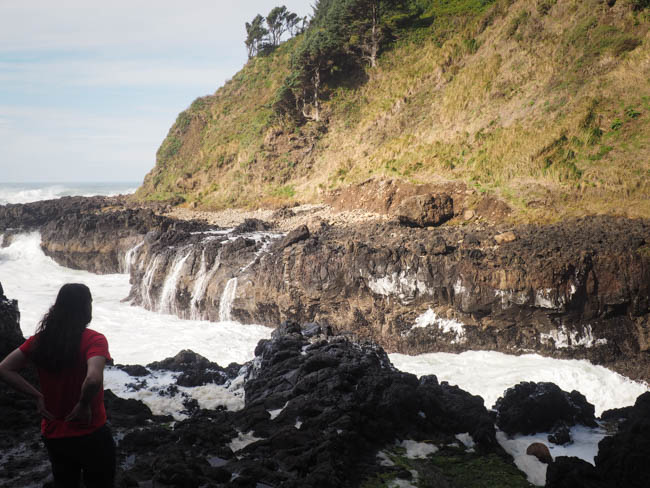 Then it was off to learn about a very different kind of churn: the ice cream churns at Tillamook. Monday, a cheesy exposé!

An afternoon in Roswell