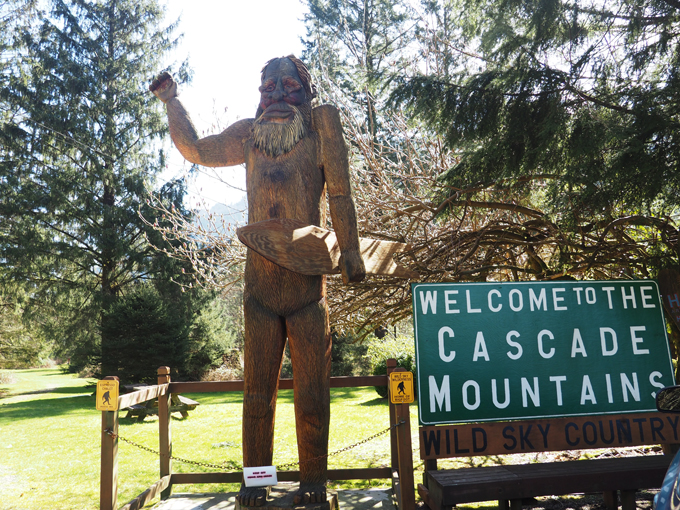 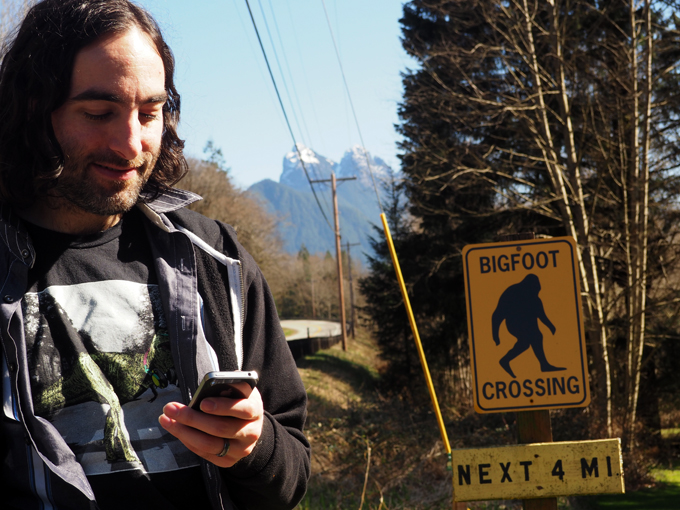 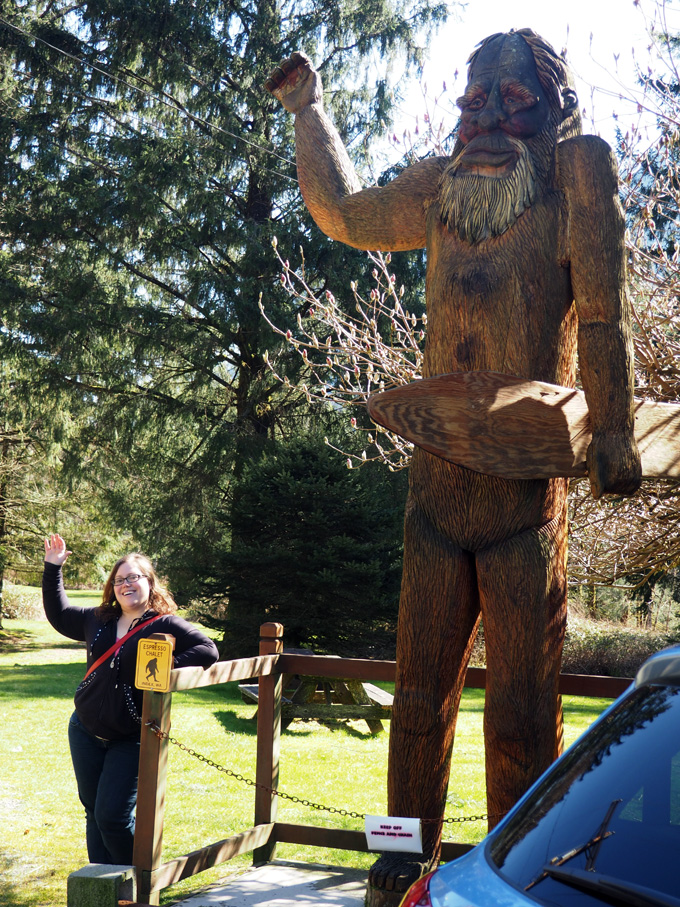 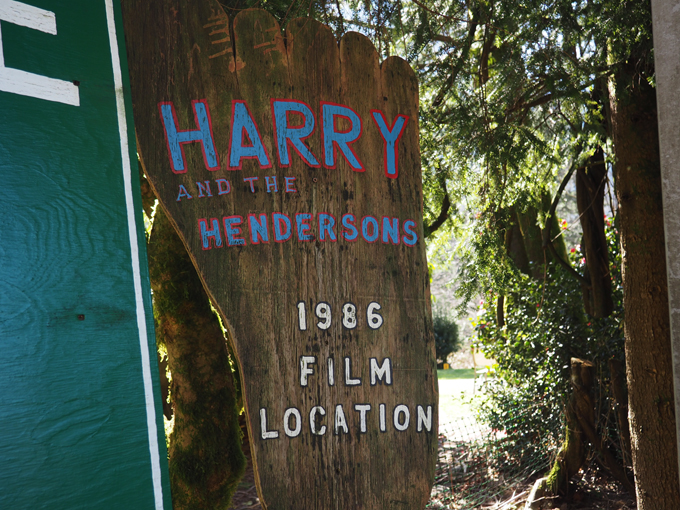 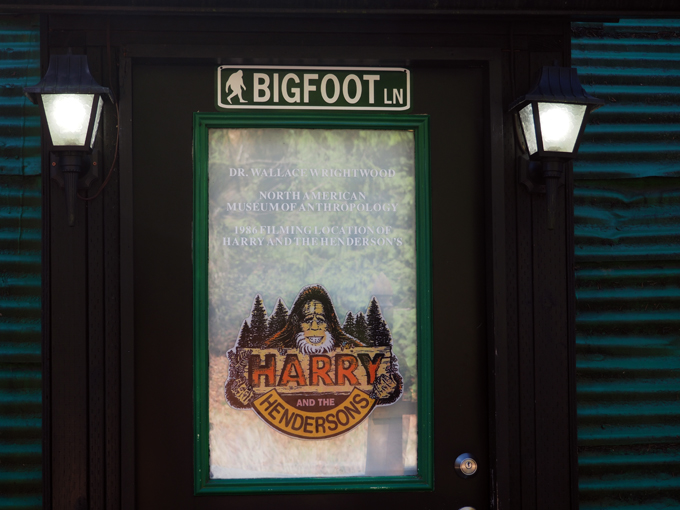 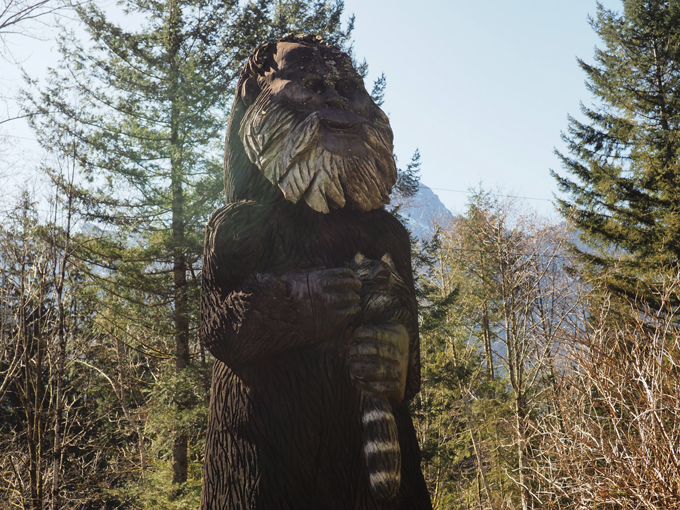 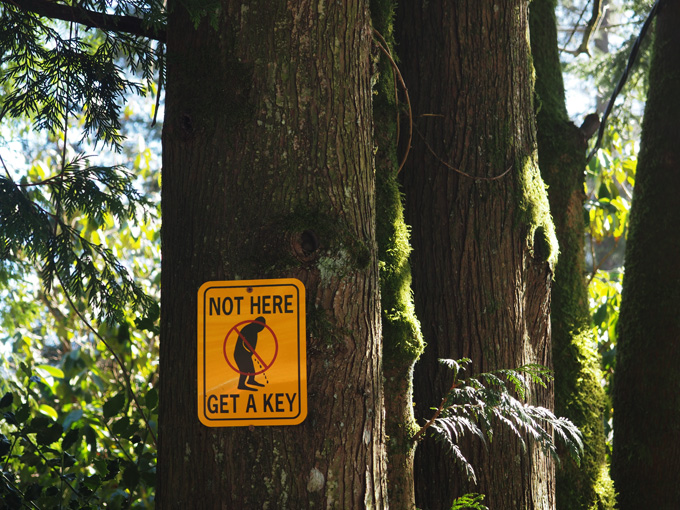 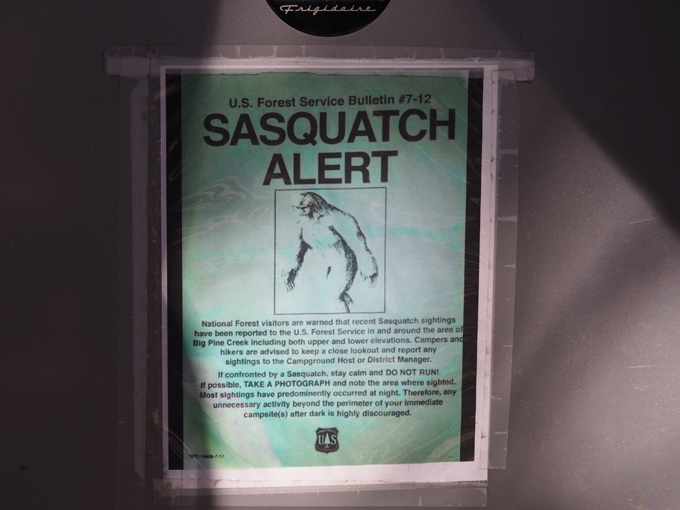 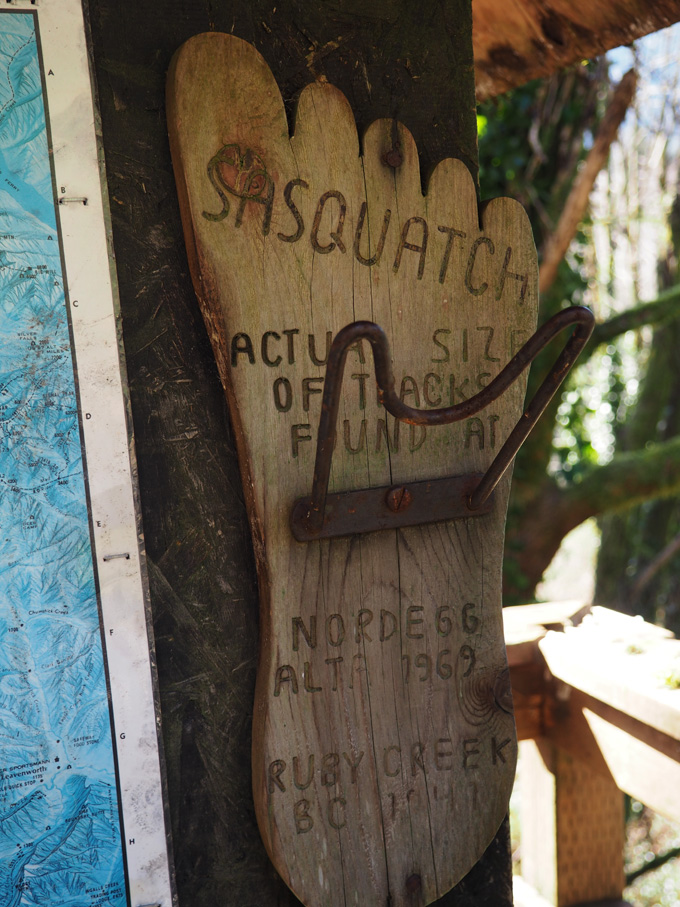 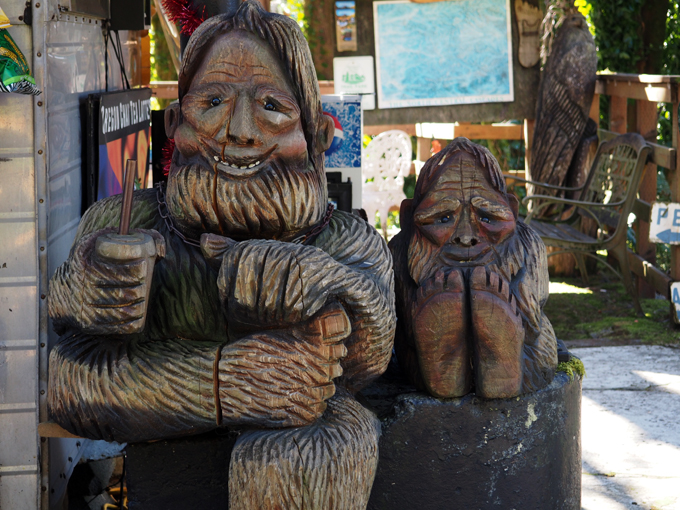 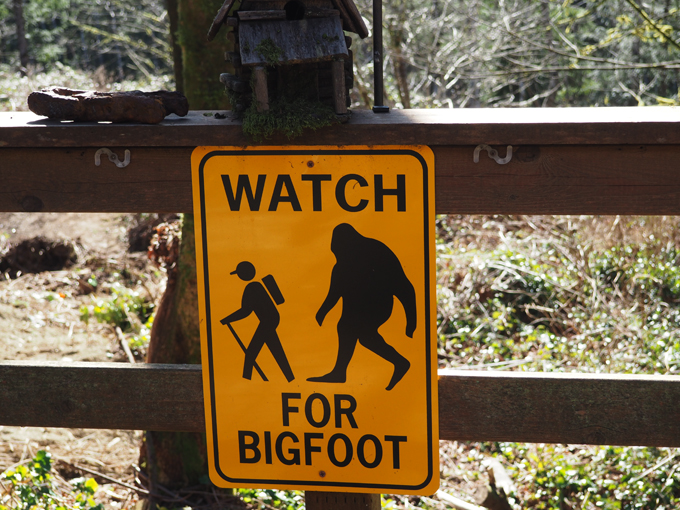 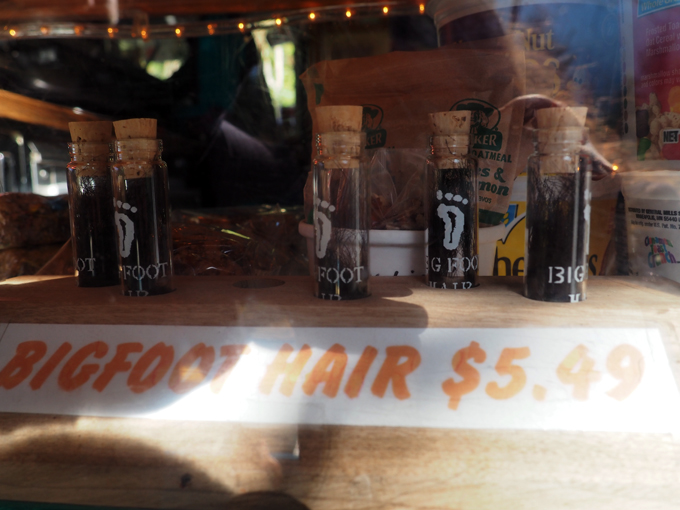 Just outside of Index, WA, there’s a drive-through coffee stand (excuse me, Espresso Chalet) marking the spot where part of the 1987 movie Harry and the Hendersons was filmed. I can absolutely see why someone would choose to film there–it’s got a killer view of Mount Index and it feels like you’re way out in the middle of nowhere even though you’re not all that far from sights like the reptile zoo and BBQ bus  (and, you know,  regular civilization stuff). On site, they have a fourteen foot tall Bigfoot waving in passing motorists, and if you stop, you’ll find three others: two tiny and one a short walk down the hill cuddling a raccoon. Along with your latte, you can also buy some genyouuuine Bigfoot hair, which is definitely from a real live Bigfoot and not clipped off of some human’s pubic area or pulled from a shower drain or combed off a dog or something. I myself invested in a Sasquatch field guide which is laden with facts, including how to identify Sasquatch poo, which will be useful on all of those days when I’m out there seriously analyzing poo. Which I guess is something I could do if I wasn’t so interested in doing absolutely anything else other than microanalyzing poo. Still, it has more going for it than the demon field guide. Spotted on Highway 2 near mile marker 36 just past Index-Galena Road in Index, WA. 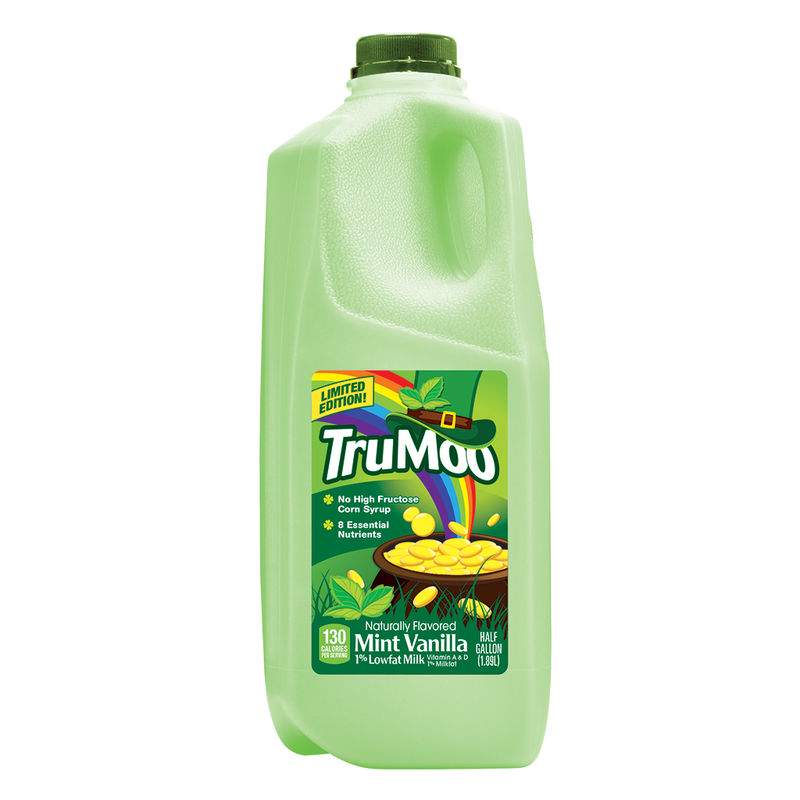 “Here’s some Nilbog milk. Special milk. High in vitamin content. Here, it’s free. Of course it’s free. We love tourists here in Nilbog. Try some, boy. And have some of your friends drink some also.”

So what do you say, friends? Care to drink some vitamin rich mint vanilla green milk in your latte, on your cereal, or as a tall, refreshing accompaniment to dinner?

Pros: Everybody’s talking about the benefits of green smoothies so this is a way for you to join in without any (shudder) vegetables getting involved, you can make your own shamrock shakes instead of being bound by the St. Patrick’s Day only tyranny of the McDonalds corp, serves double-duty as a breath freshener, the preferred beverage of  the leprechaun council, could make your Lucky Charms more magically delicious

Cons: Green milk looks like it was curdled out of the diseased udder of a zombie cow, may have been squeezed from actual endangered leprechauns, will almost certainly cause you to be eaten by a Nilbog goblin 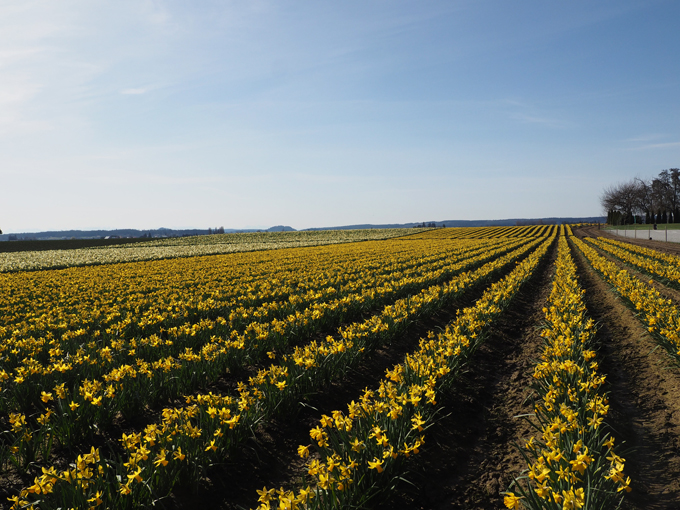 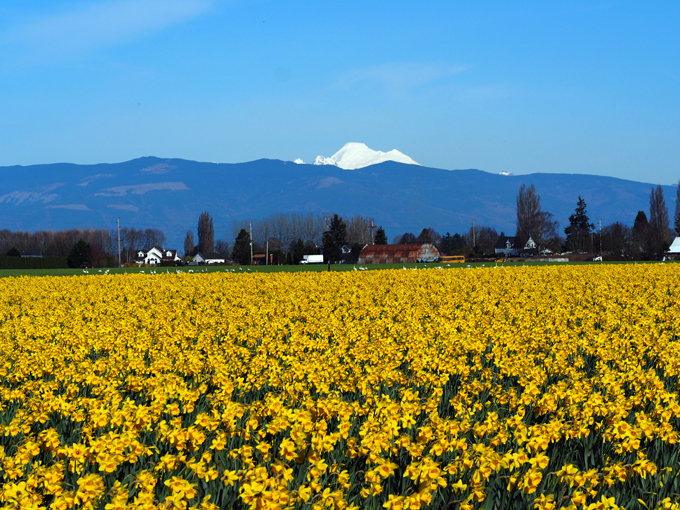 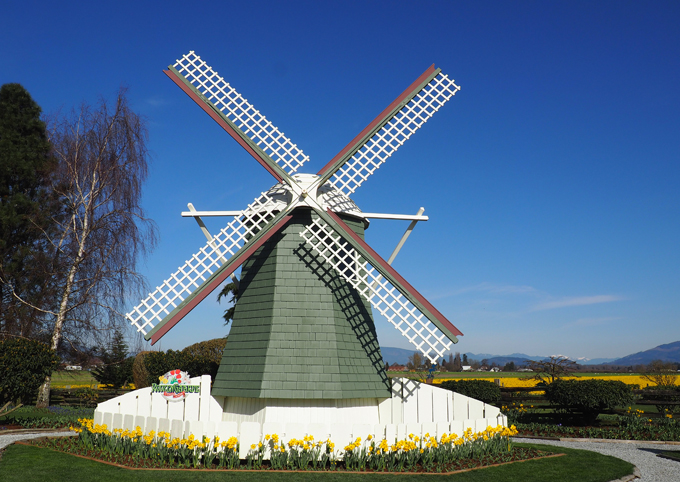 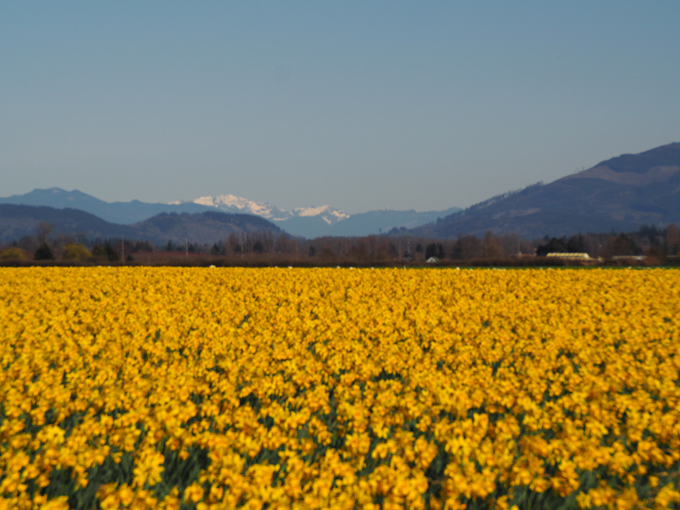 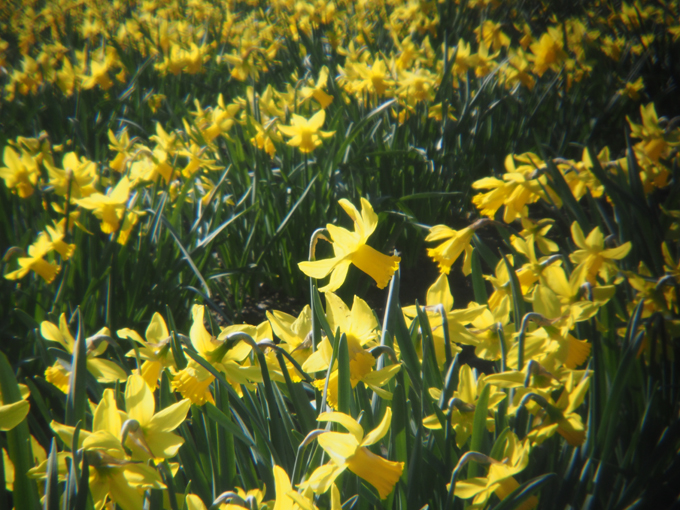 I took a few more pictures with my old-timey lens and I still don’t know if I like it. Maybe I need to get better at photography in general before I start farting around with toys. 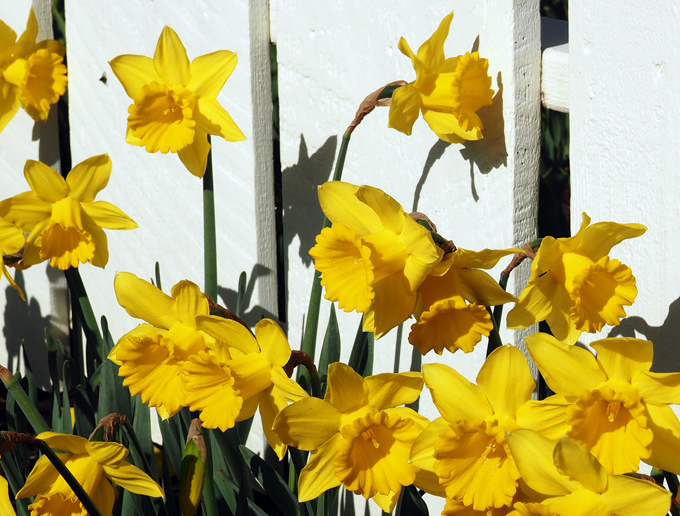 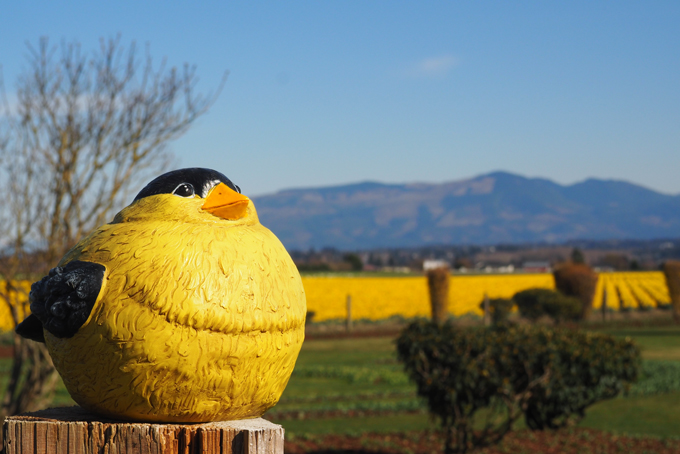 Put a fat bird on it, spruce it up, make it pretty! 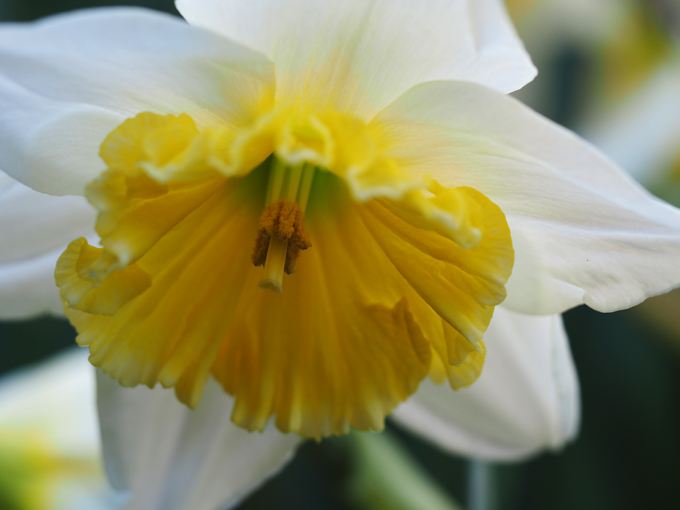 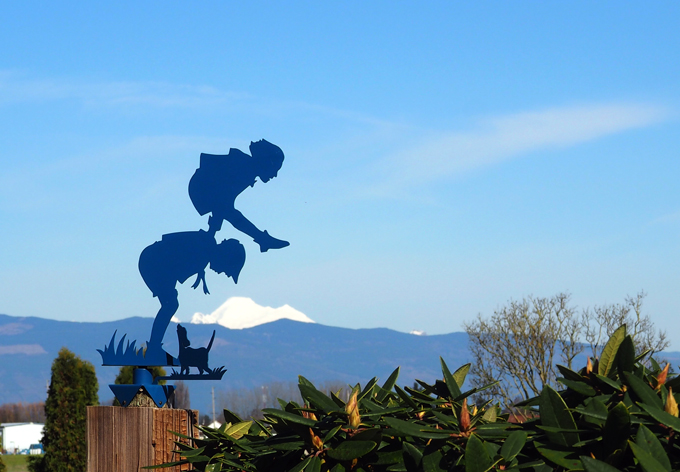 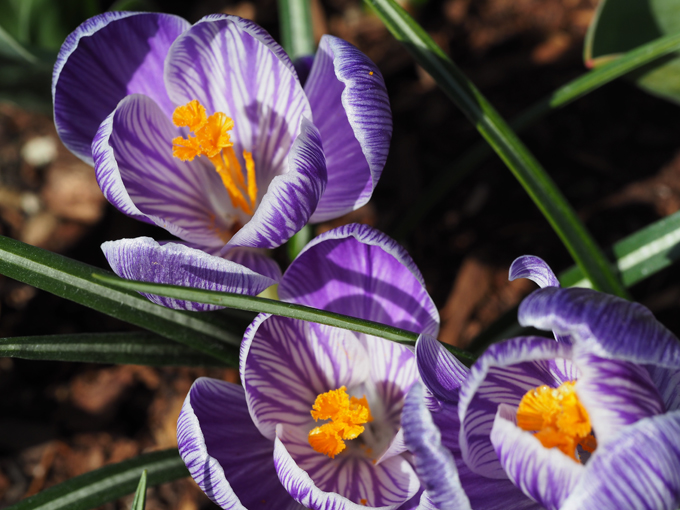 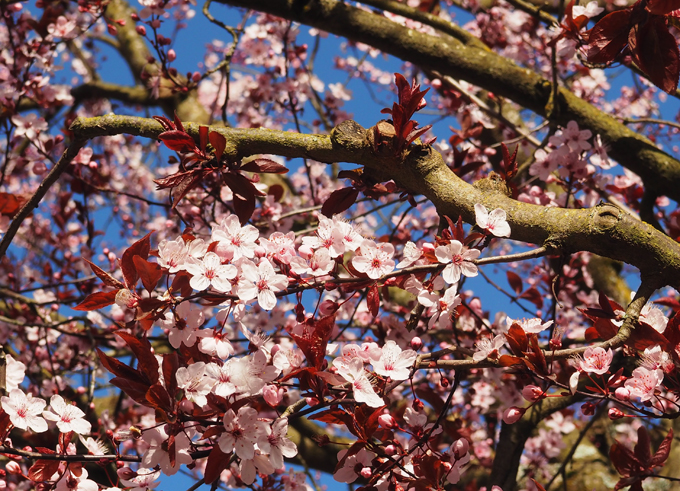 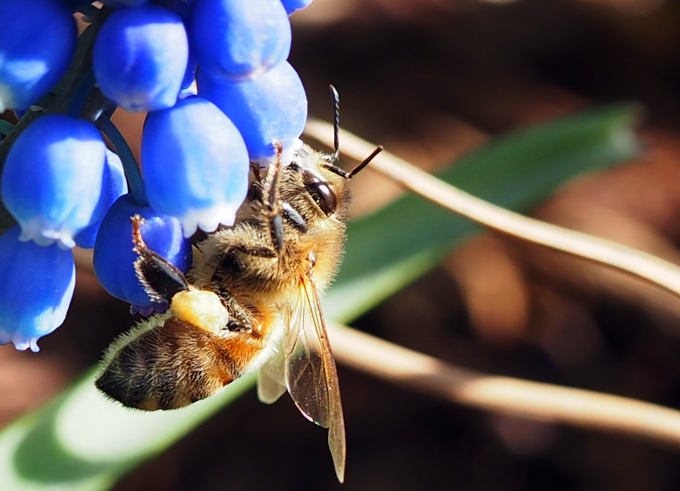 I’ve been to the tulip festival in Mount Vernon a few times, and while I was aware that earlier in the season there were also fields of irises and daffodils, I hadn’t actually made the trek to go see them until this year. I think that’s the case with a lot of people, as La Conner has recently dubbed the period before the tulips as the official daffodil festival in the effort to extend the flower tourism season. If you plant them, they will come…unless they don’t know about it.

As it turns out, Roozengaarde (the place where you can actually go and buy tulips during the tulip festival) plants more acres of daffodils than tulips–100 acres more! And as a bonus, before the tulips have bloomed, you can easily park in their lot and walk through their gardens for free. Admission is normally $5 so it’s not like you’re saving a ton of money, but it is a handy place to walk through if you want to take some selfies in front of a field of daffodils with Mount Baker in the distance. The effect of so many yellow flowers is undeniably cheery (try to deny it! I dare you!). It’s like spring up and slapped you in the eyeballs in the nicest way possible.

If you want to experience the daffodil festival, they’re holding some events through the month of March, including The Dandy Daffodil Tweed Bike Ride & Picnic which sounds delightful. Plus it’s late enough in the month that you’ll be bicycling around tulips as well!