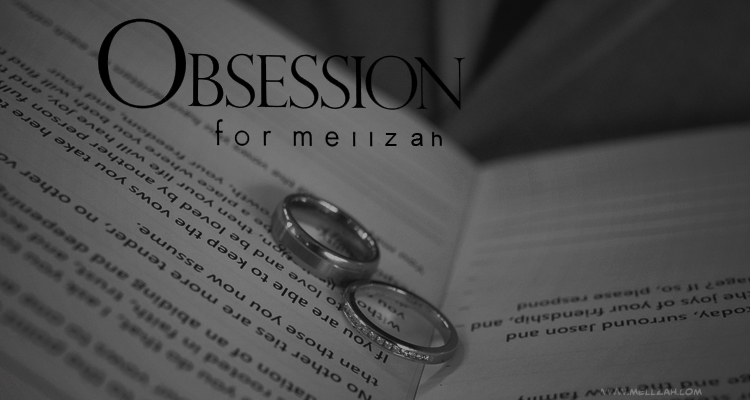 If the last year and a half of my life were a perfume, it would be “Obsession.” Jason and I got engaged in March 2012 when he asked me to slap on a ring, and I said yes. Every moment after that was forfeit to the wedding demon.

I didn’t intend to become so obsessed. I wanted to be a cool bride, one of those women who just flutter a slim, perfectly-manicured hand in the general direction of wedding vendors and show up on the day of, and everything is magical perfection. Nearly everything in the universe conspired to prevent this from happening. In fact, I’m starting to believe that sort of wedding ease is a myth, right up there with the chupacabra and perfect credit scores. For me, getting married was like every wedding cliche that ever existed, thrown at me in one giant shitstorm I was neither equipped to handle nor afford.

It began on the day we got engaged. Well-intentioned friends and family began to ask immediately when the big day is, where it is, and where we’ll be honeymooning. These same friends helpfully let me know that their cousin got married in the summer and everyone spent the entire wedding sweating and wishing they were dead, or that the tropical destination we favored is “lovely, I suppose, if you enjoy the thought of having your passport stolen by a rabid monkey.” There is always an anecdote, and that anecdote is always negative. Rather than think negatively of these helpful people, I came to believe that every decision I’ve ever made was wrong.

One day, a bridal magazine just started showing up in our mailbox out of the blue. It made it clear that I was, in fact, doing everything wrong, not spending enough money, and that I will look like a bloated, gaseous hellbeast in a wedding dress unless I immediately lost half my bodyweight and booked an appointment with the country’s best plastic surgeon besides, and furthermore, if I failed to do these things, I would be ruining the best day of my life. I bought into all of this, because I didn’t have any perspective. The truth is, these magazines are written by the same people who write the ladies’ interest magazines with 50 NEW AMAZING SEX TIPS every month, involving blindfolding your partner and snapping his balls with a rubberband while guzzling bbq sauce. They are written from the perspective that you somehow managed to fool a man into marrying you with your secret applications of no-makeup makeup an hour before he wakes up and by exclusively pooping at work, and now you need to dazzle him with a perfect wedding to convince him to seal the deal or you’ll never have another chance at happiness because we all know what a wretched troll you truly are.

I knew the whole thing was going pear-shaped when I had a mini meltdown over the color scheme. Everything I’d already purchased or made was wrong or cheap-looking or bad, and it all had to go. Immediately. Hysterics ensued. Jason may or may not have kept himself awake at night, fretting that he’d agreed to commit himself to a person who would be better off being committed to an asylum.

Then we bought a house.

You’d think that buying a house would be a good distraction from the wedding planning, something to ground me and help me focus on the bigger picture, but instead it made me freak out more: about money, about moving, about whether the house would look magazine-perfect for all of the family members that have never visited before and may never visit again, to justify what I’ve been doing with myself for the last decade I’ve been living here, to prove that I’m a capable adult with decent taste who can handle both running a household and planning an event at the same time. It certainly didn’t help that the day after we closed and received our keys, Jason turned to me and said, “I think we’ve made a mistake. We could have gotten a better house for the money we spent, it looks so old and outdated and I’ve been checking into how soon we can sell.”

If I looked back of the last year and a half and tried to pinpoint the moment that I became certifiable, I’d say that was likely it. The next week became a whirlwind of patching, painting, and worrying that we’d just dropped a fortune on a stinking bog of a house that would eventually tear everything apart, including our relationship and possibly the fabric of space-time. I couldn’t sleep. I cried and painted and cried. I bit my nails to ragged, bloody stumps. I ate compulsively. And when I wasn’t working on house stuff, gnawing on my hands, or stuffing my face, I was thinking about the wedding.

We didn’t do anything or go anywhere for months. Whenever we were invited out, I’d think about how comparatively piss-poor my wedding planning was going to the glossy magazine photos and multitude of wedding blogs, and I’d decline in order to stay home and tear at myself some more.

Ultimately, as all things with hard deadlines do, the day came and went, and it was relatively wedding-shaped, and not all that remarkable, given the time, effort, and money we’d put into it. But in retrospect, I don’t know what I was expecting from the day, other than being married at the end of it. Cheers? Recognition? I don’t know how I could have ever thought that anyone would be as invested in the details of one party as I was–that’s just unreasonable on its face. There’s no way it stood a chance of being the best day of my life: it would be utterly depressing to think that everything from that point is downhill. Life is far too interesting and vibrant for it to be over for me at thirty-one.

So a year and a half lost to obsession, and what did I get out of it? Cold pizza, about a half sip of champagne, one bite of frosting, I fell on my ass during the father daughter dance, there was complaining about how dark it was, my guest list, and my seating chart, a baby screeching through my wedding vows, and about two photos where I don’t look like the fattest, whitest whale that ever beached itself at a wedding venue. Fuck it. I’m married. I’m a homeowner. What we’ve completed on the house looks great. I never have to plan another fucking wedding. And I’ve got myself back: that alone is worth everything.

6 Comments → With notes of bergamont, pepper, and self-doubt.