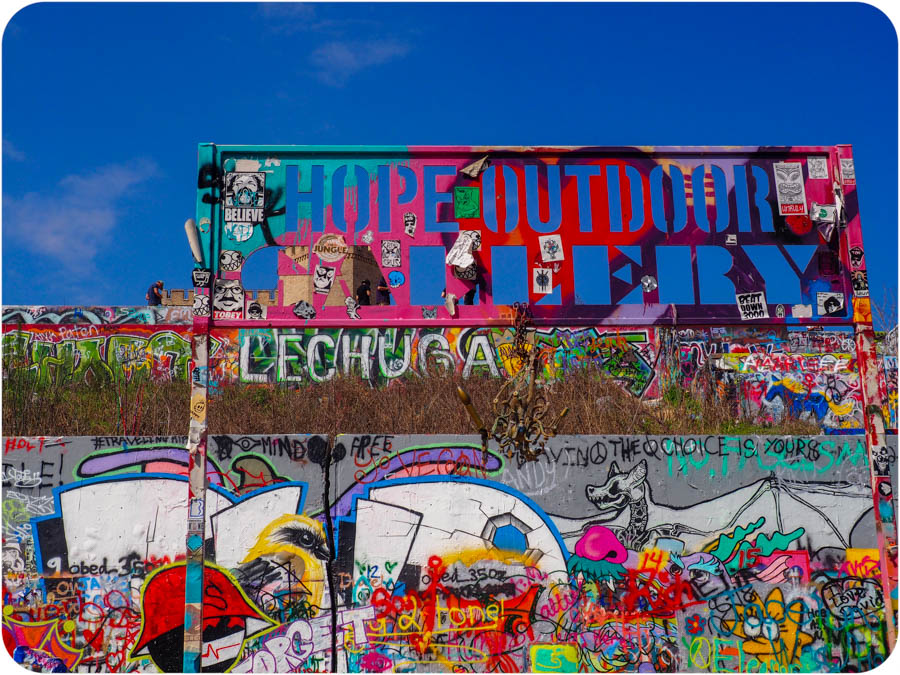 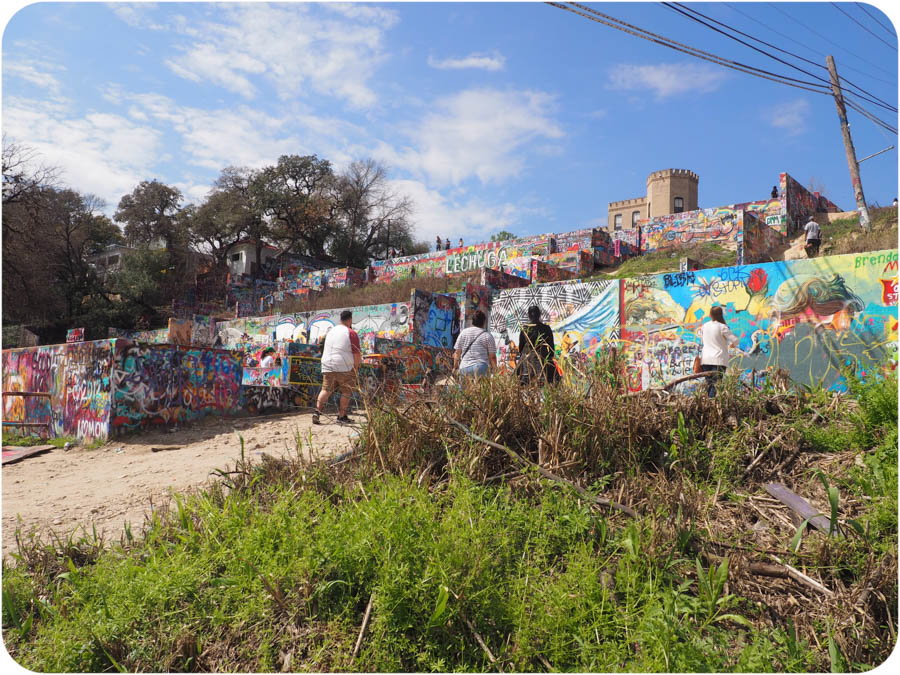 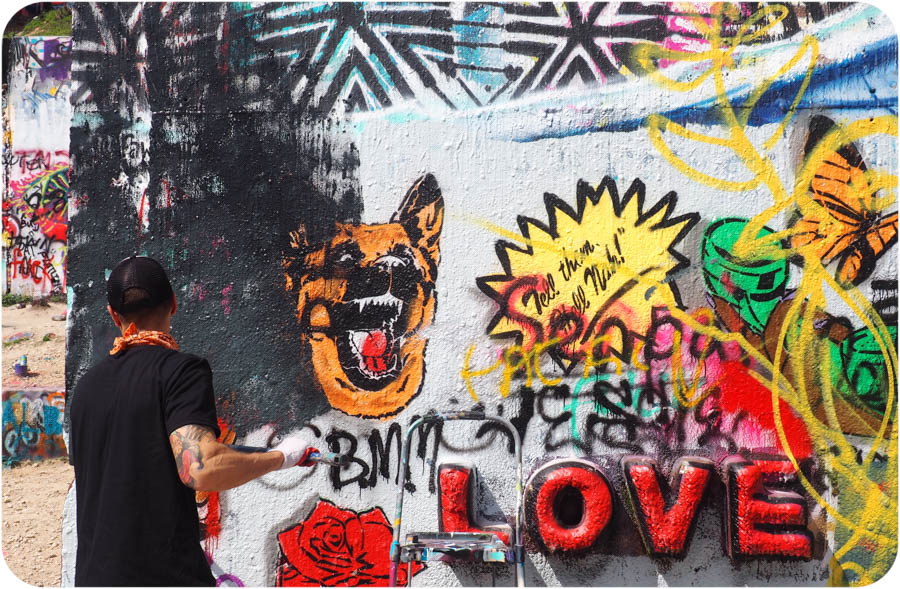 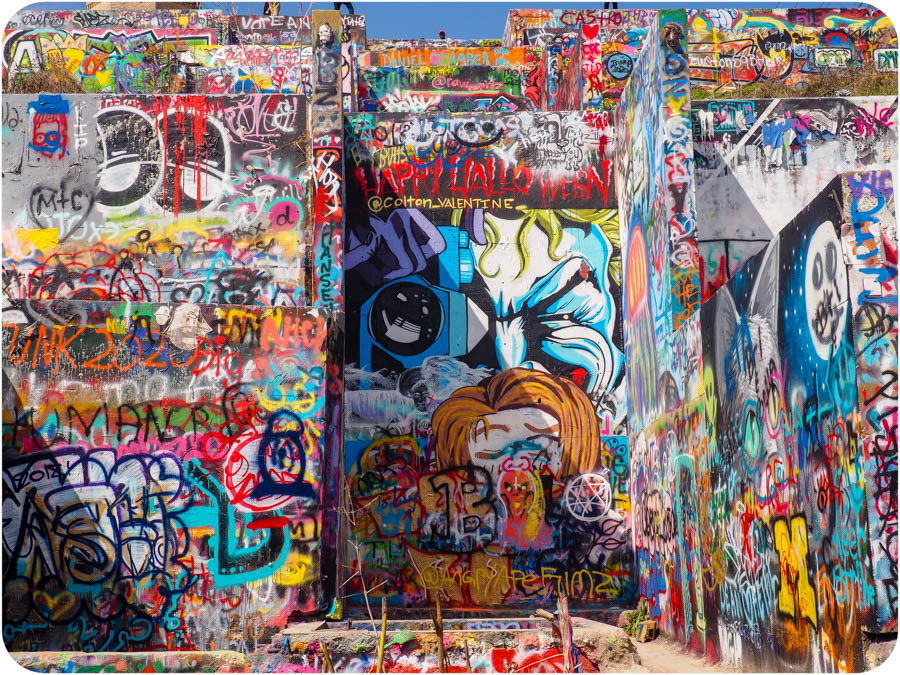 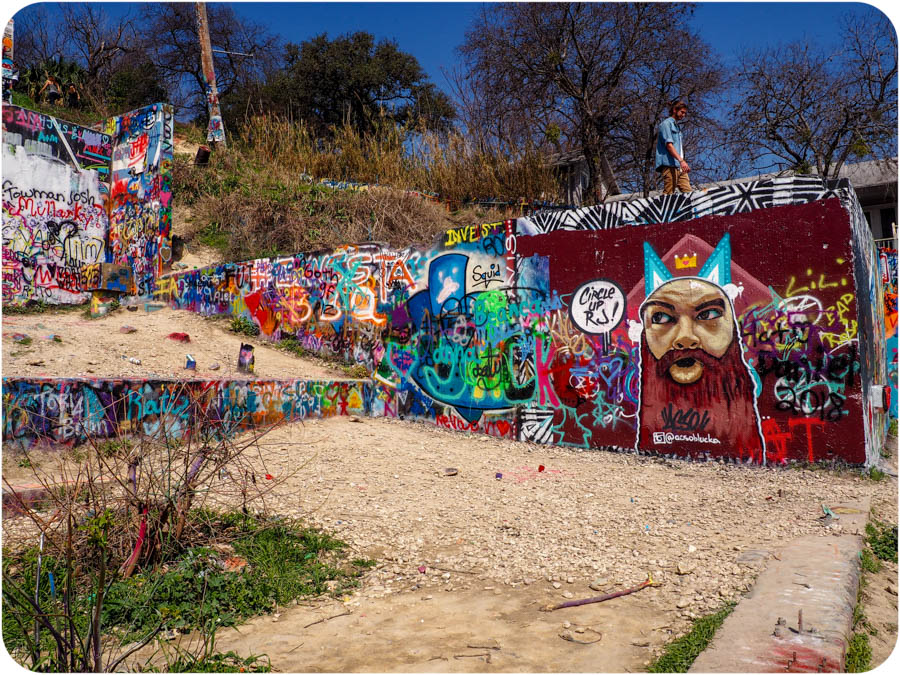 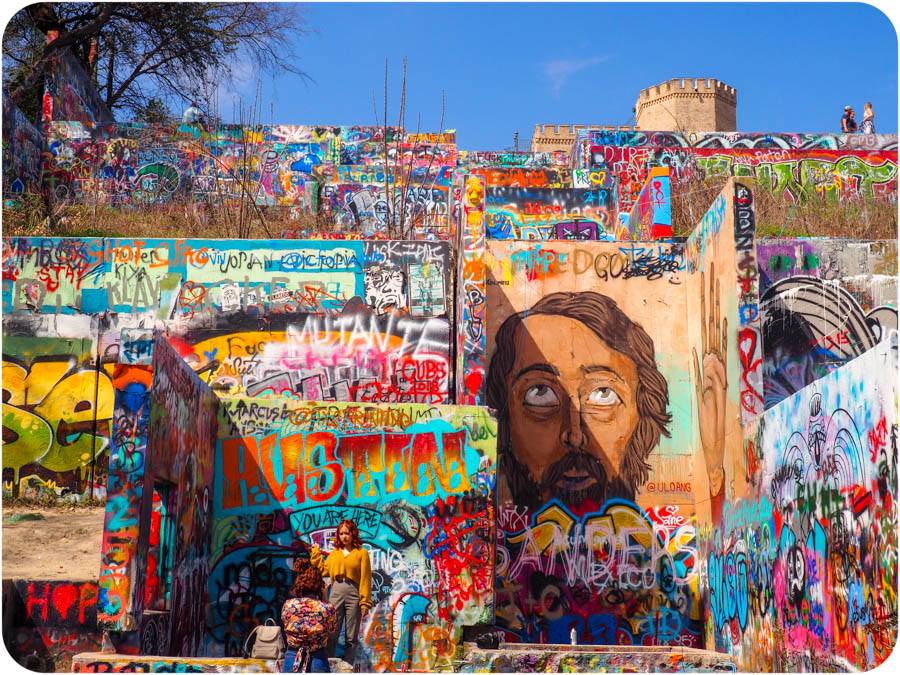 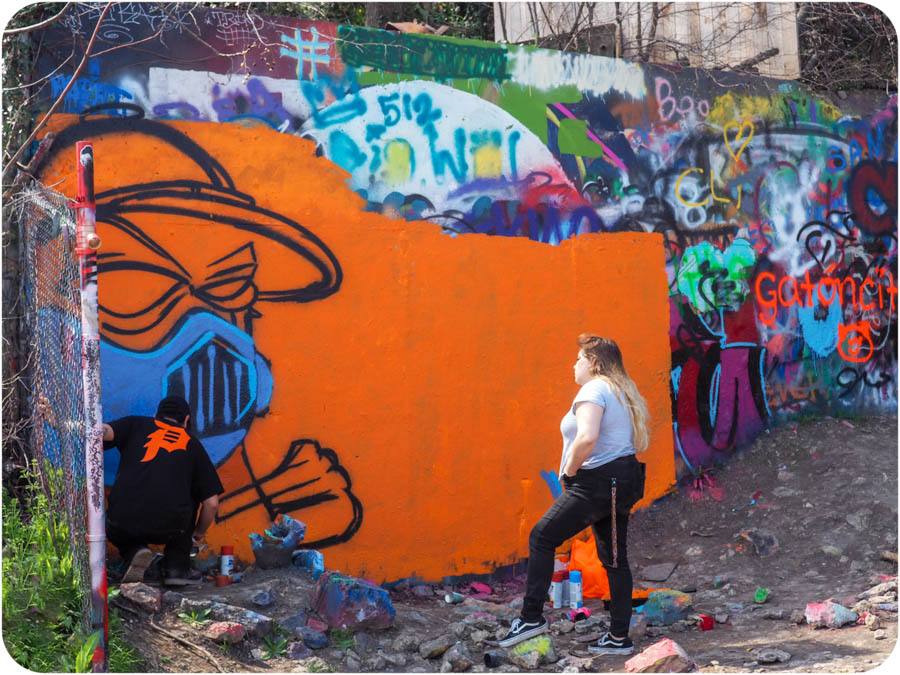 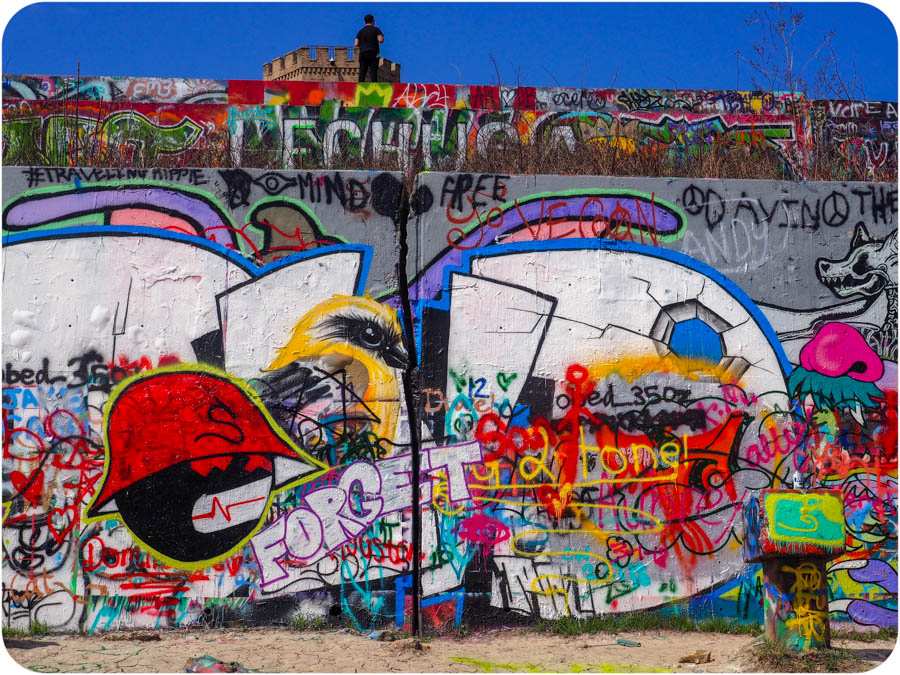 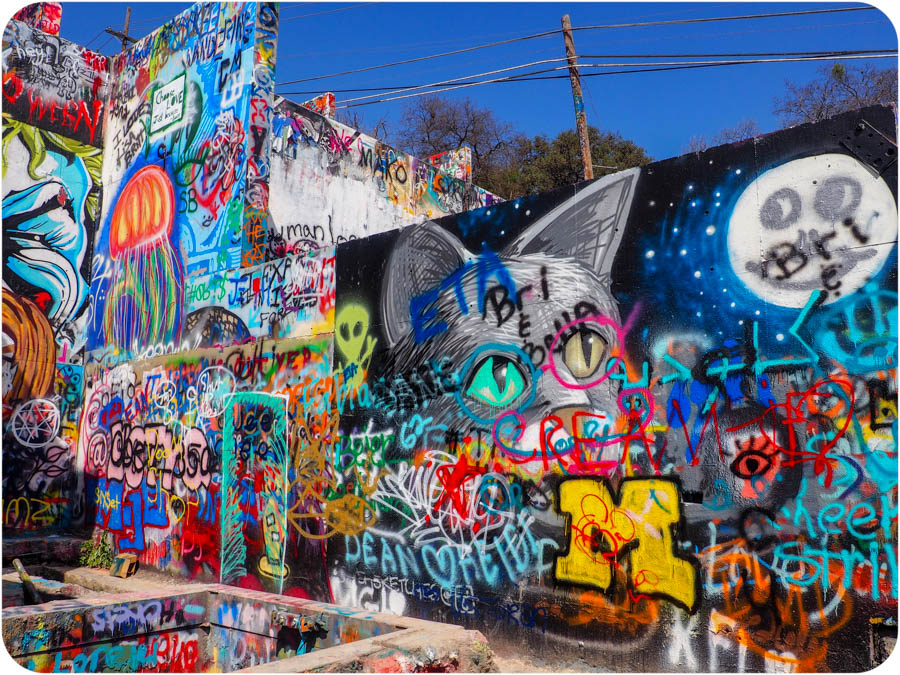 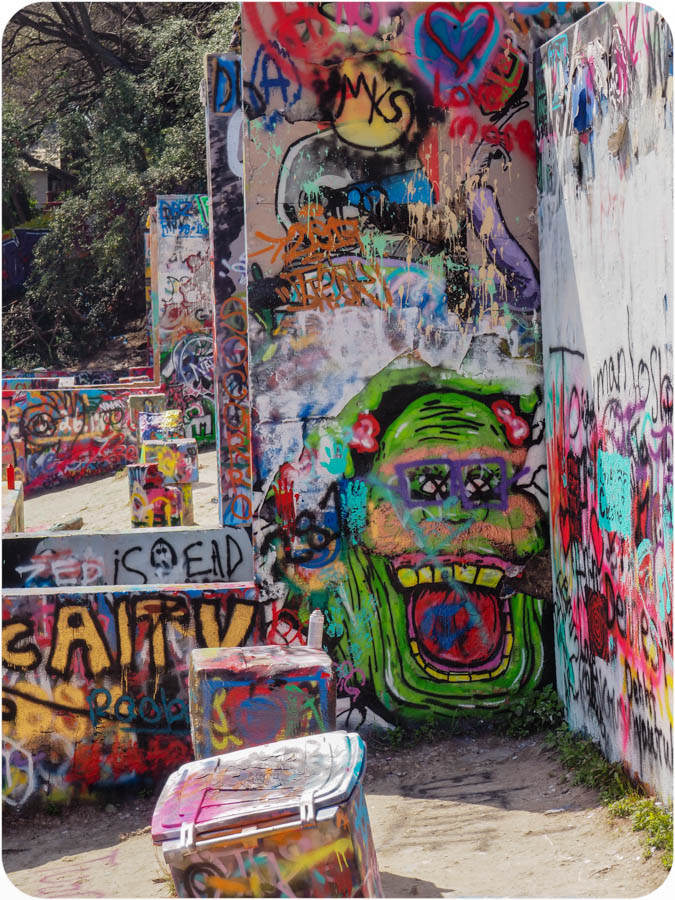 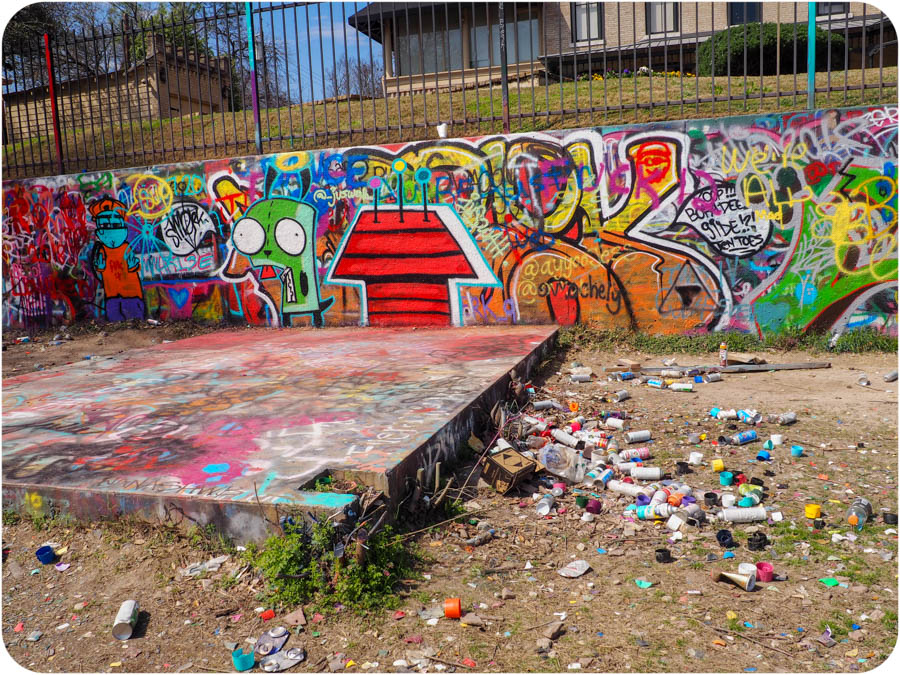 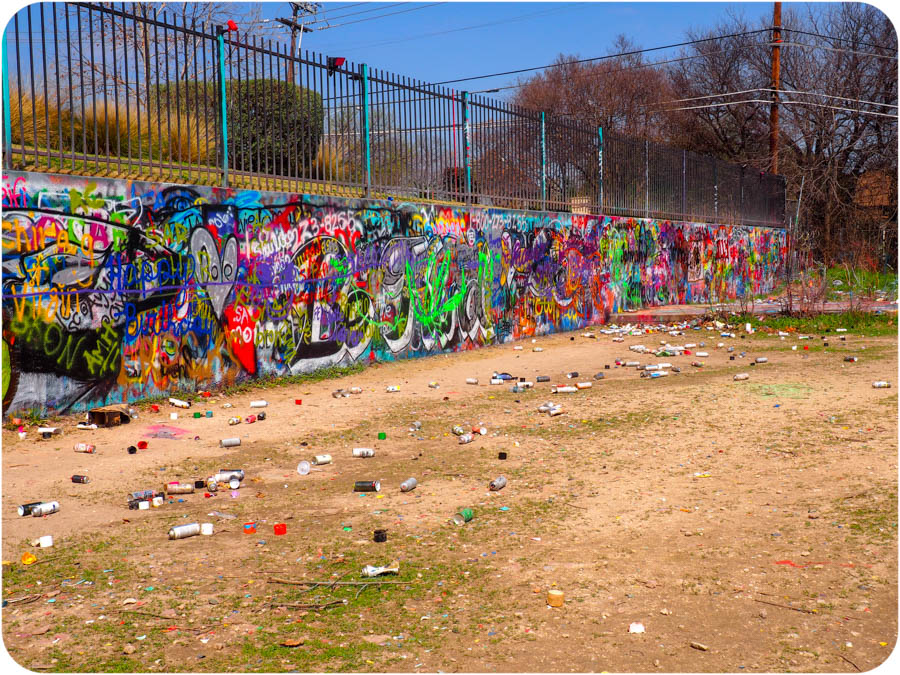 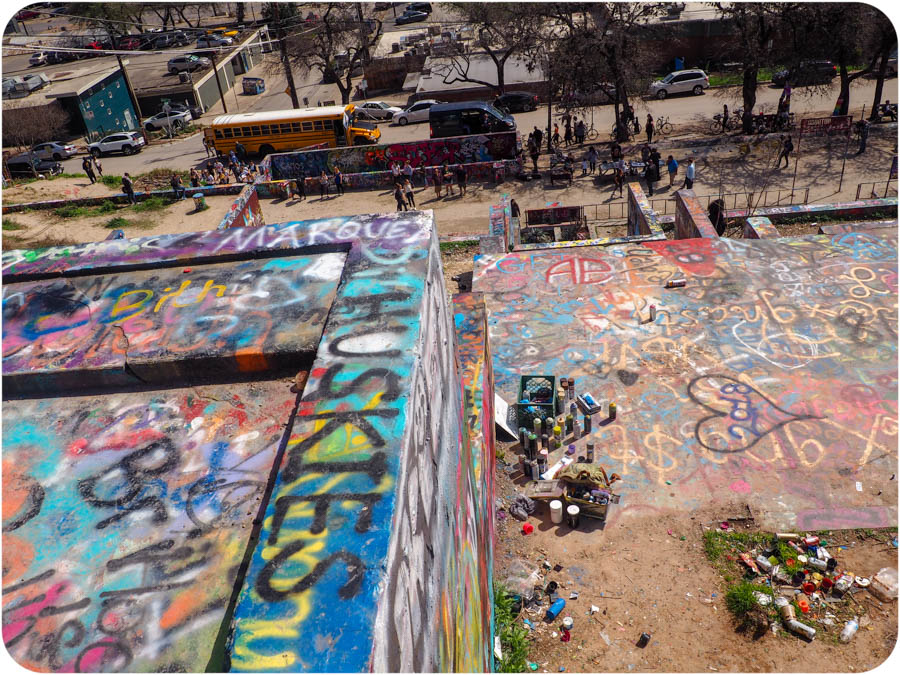 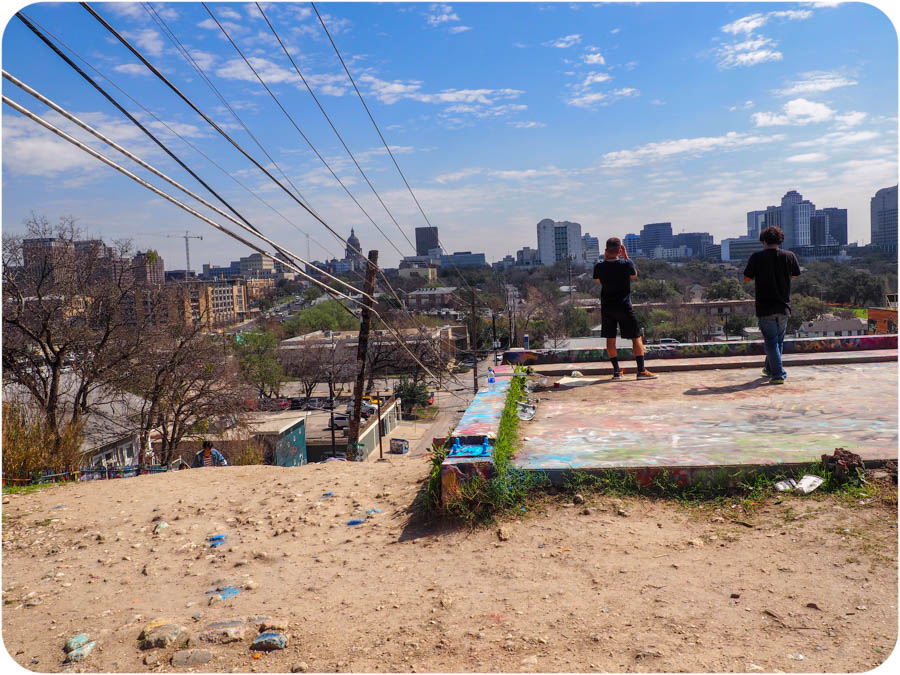 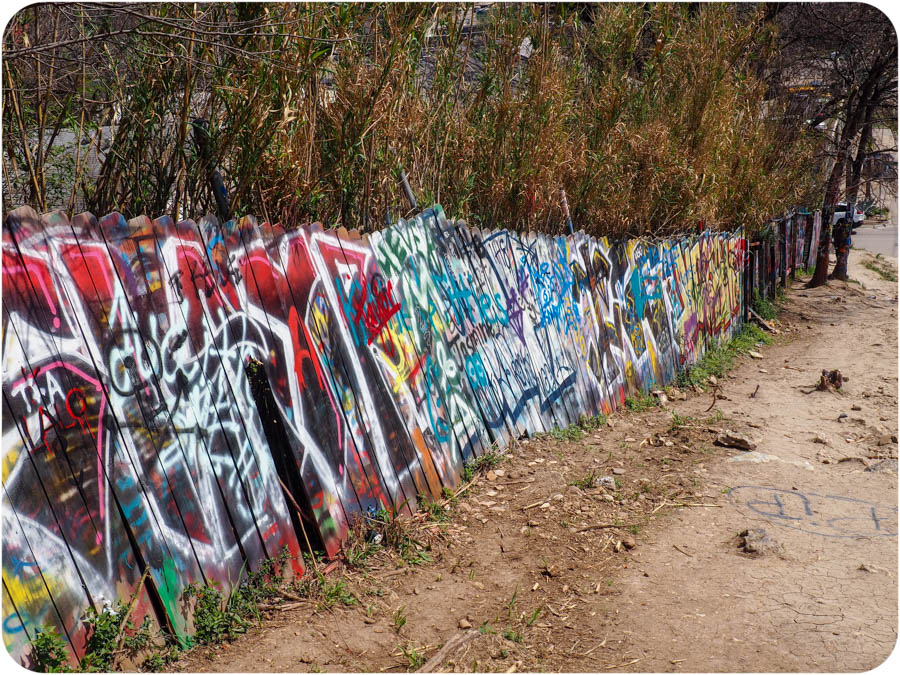 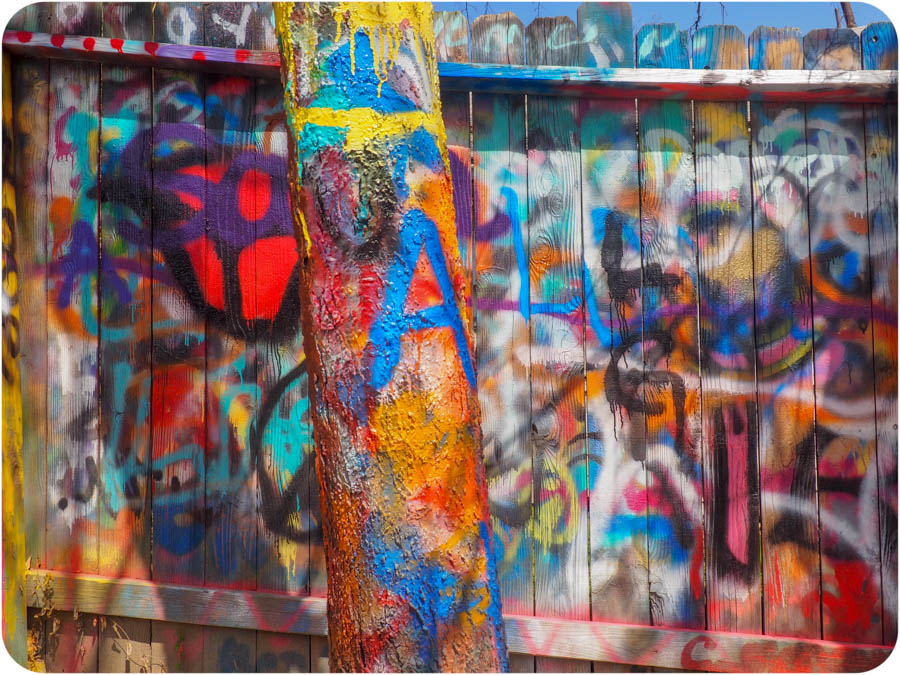 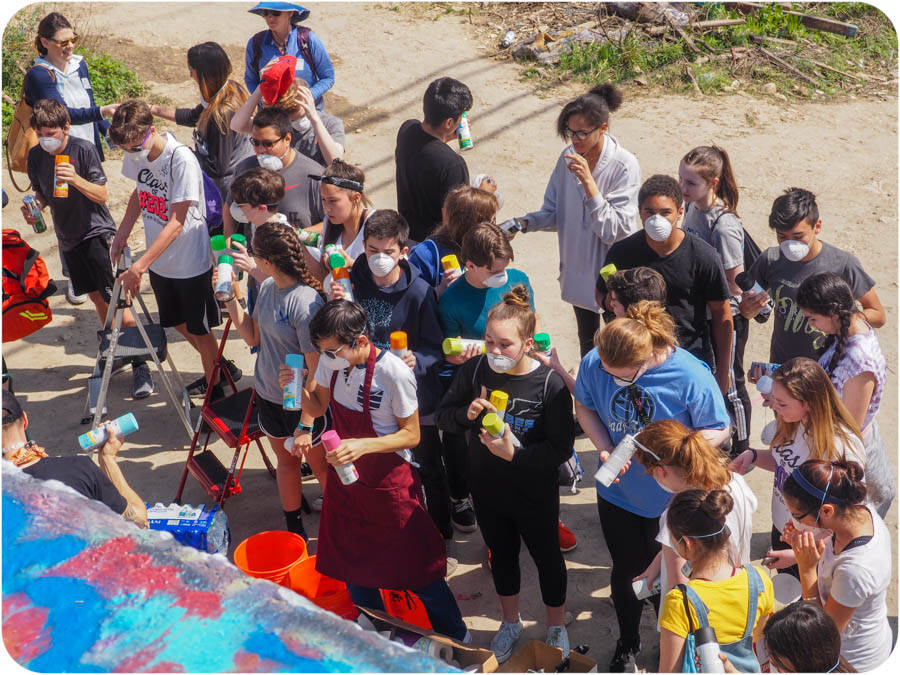 Right about the time I started getting antsy to get out of town and see somewhere new, a friend in Austin posted on social media that they needed someone to watch their pets while they were out of town. It felt like kismet, and I booked a flight immediately. After settling in and learning how to give one of the cats her asthma medicine, my first stop was at HOPE Outdoor Gallery, a community art park on the fringes of downtown Austin. I exited my giant rental car (everything really is bigger in Texas!) to a riot of birdsong and followed the scent of aerosolized paint to HOPE.

Founded in 2010 with the help of contemporary artist Shepard Fairey on the bones of an abandoned condo project from the 1980s, HOPE was the only art park of its kind in the world, a living, ever-changing canvas with opportunities for artists to display their messages on a large scale for eight years. In 2019, HOPE will be moving from the center of Austin to its outskirts on Carson Creek Ranch in a new center built expressly for the purpose.

On the day I visited, a bus of kids rolled up and were being taught a class in the spraypaint arts. The rattles of their collective cans sounded like a nest of snakes–not angry, threatening, but saying “Hey. I’m here.”

Spotted on the Roadside Around Austin, TX