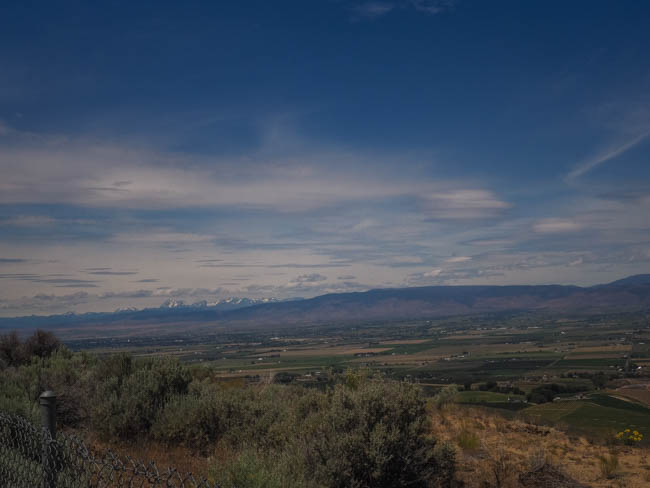 It all started as an offhand remark in a facebook post. “Perhaps of interest?” attached to a link about the Meow Wolf art collective’s newest project, The House of Eternal Return.  “I totally want to go!” I replied. Another friend chimed in that she, too, would like to go, and we started tentatively, jokingly, talking about taking a group road trip.

Only I wasn’t joking.

A few weeks later I sent a text message, saying I was serious about taking this trip and asking when we could embark, and then we began planning in earnest. Because you see, taking a road trip with three adult women is nothing like the easy-breezy depictions of road trips you see in movies about teenagers setting across America to discover themselves and their burgeoning sexuality. It’s not just a matter of deciding to go, hopping in the car, and going, perhaps flipping off your parents as a trail of dust kicks up in the wake of your passage. For instance,  who would have thought that among three people, we would have three different preferences for the types of establishments we’d sleep in each night, running the gamut from camping to your finer hotels? To avoid potential conflict on the road, we had to discuss it all in advance. This meant figuring out work and school schedules, finding a range of dates when we were all available*, hammering out a budget, making sure our insurance covered all of the stuff we assumed it did, actually deciding whose car we were taking, packing and repacking and repacking again, looking at potential routes and things to do along the way, and then just flipping someone off randomly as we peeled out of the neighborhood because we ran out of time to properly research who most deserved a righteous flipping-off.

We decided on an eight day road trip from Seattle to Santa Fe and back with the option for a ninth day if one of the long drive days we had planned on the way back proved to be unbearable and we needed to take a break from the road. Collectively, we determined the most awkward and unwieldy name for the trip would be: Sunburn and Bugs 2016: The Harpies Take Santa Fe (#harpiestakesantafe #feminism) . The  brand new car with all the bells and whistles remained unnamed for the time being. Even with all the planning, up until the day we left, I still wasn’t 100 percent convinced we were actually going. I kept waiting for someone to call the whole thing off, saying it was a joke that got out of hand, and I got the sense that everyone else felt similarly and we were all waiting for someone else to call off the dare, and when no one did, we were bound and determined to go through with it. The darker doubt lingering at the back of everyone’s brain remained: could a powerlifting animal rights activist, a driven psychology student, and a loudmouthed fart machine** spend eight days and nights together in close quarters and remain friends? Or at least not intentionally drive off a cliff to end all of the farting and inappropriate jokes?

We set off around noon on a Sunday with high spirits and music blasting. We made it three miles before we stopped for coffee.

I ended up being behind the wheel as we approached the town of Granger, and since I’d been there before, I knew of the delights that lay within, so I suggested we take a short detour. I also knew that it would likely be our only stop of interest between home and Boise since we’d gotten a late start, and I was anxious to get off on the right foot while we were still in “let’s call the whole thing off and turn around” distance. 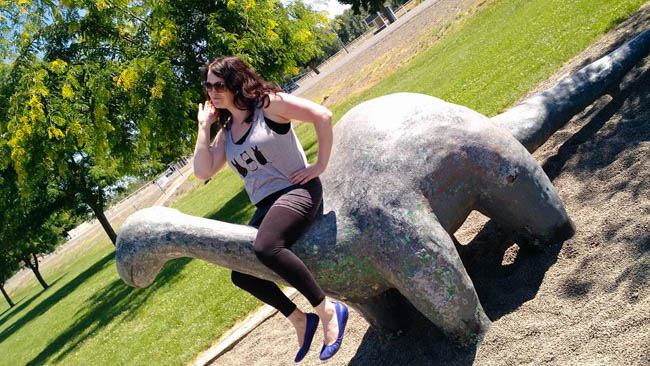 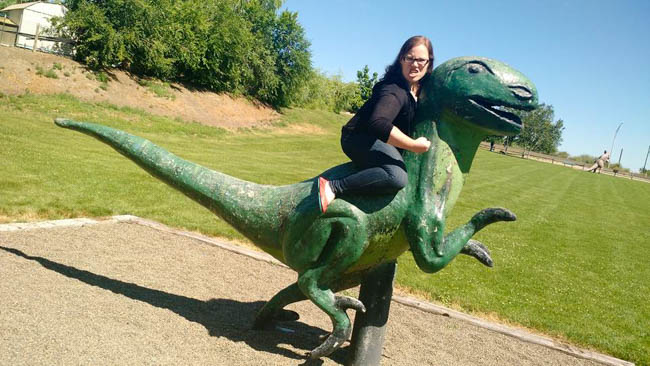 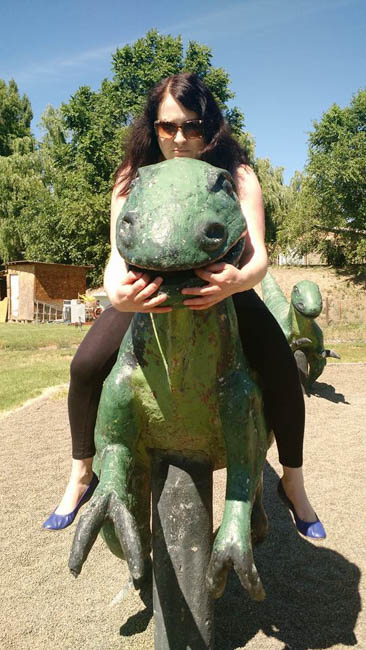 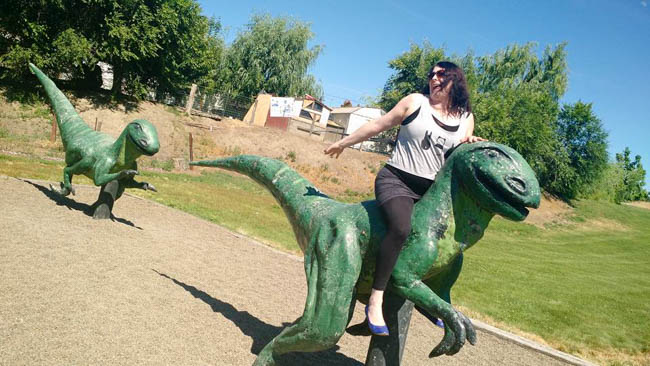 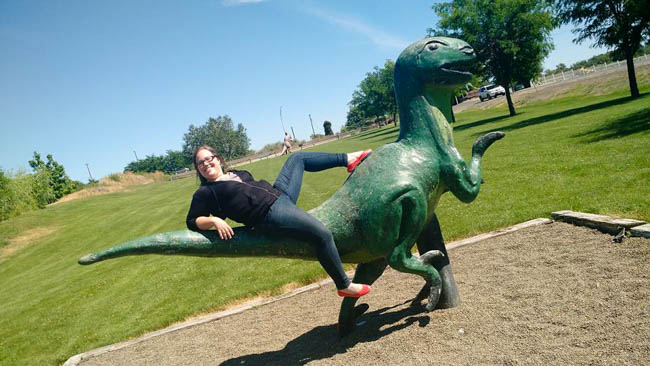 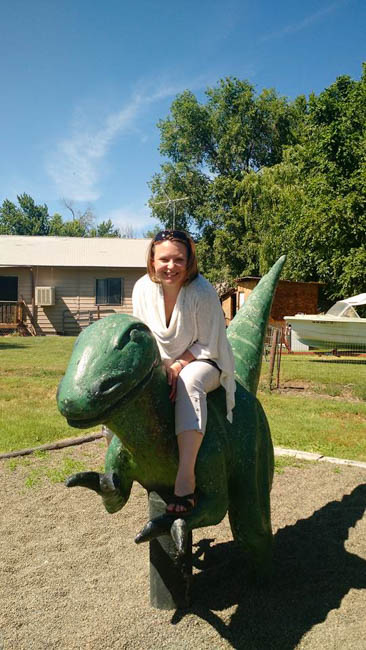 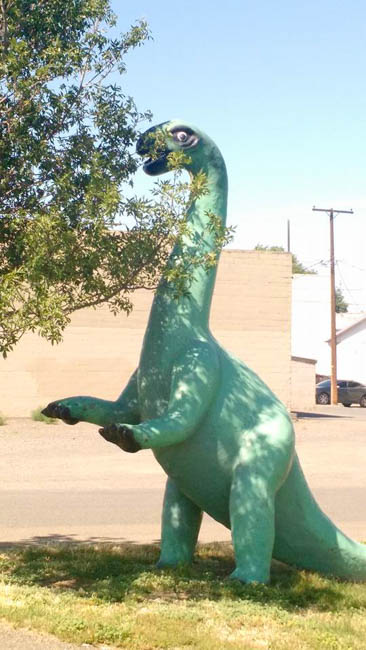 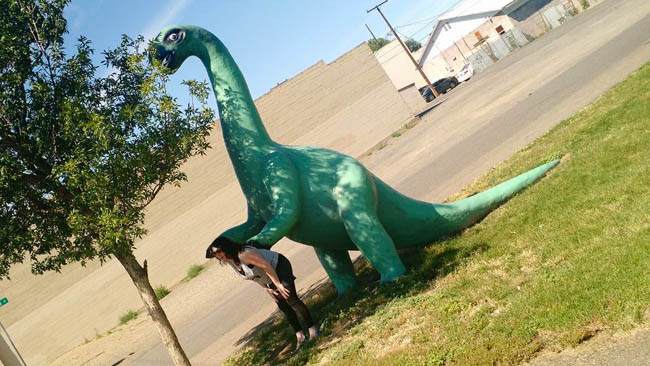 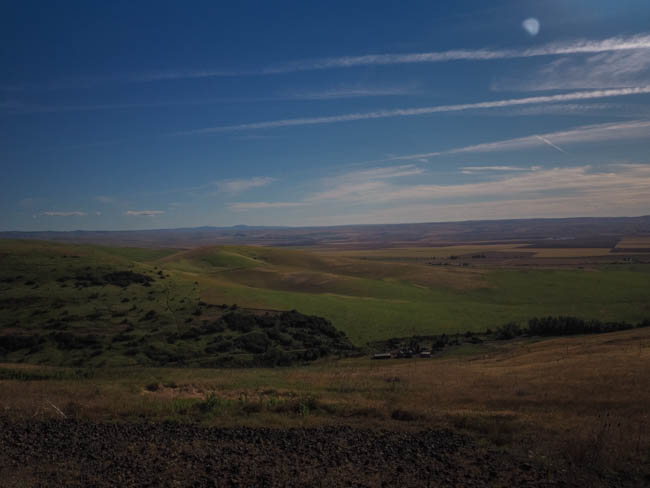 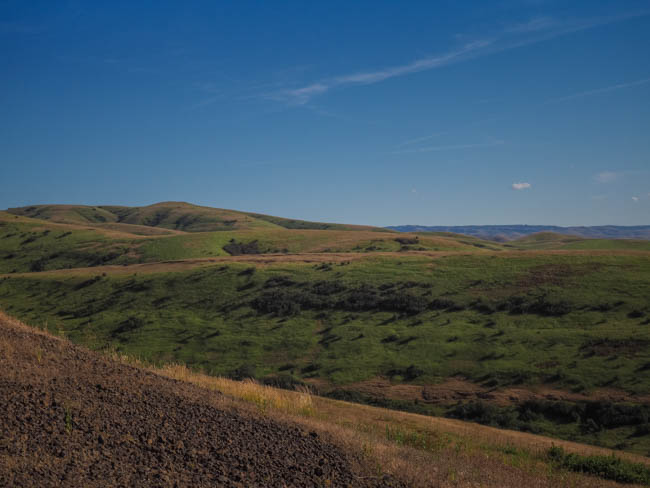 We stayed in high spirits the rest of the way to Boise, stopping at a scenic overlook in, uh Somewhere****, Oregon, though road fatigue began to hit around the time we hit the Idaho border and we suddenly started clucking along to the songs on Road Trip Radio like chickens.

We may in fact have been a bit overtired on the road to Bawk-sie.

To this day, I cannot hear Collective Soul’s “Shine” without clucking to it. I live in fear of the day that it plays on the overhead speakers at the grocery store.

*This is much harder than you’d think, considering none of us have children and two of us don’t have jobs. In any given period of time, at least one of us would have one or more other obligation that would preclude galavanting about the country like howling wine-chugging banshees, and we basically had to sacrifice a goat to the moon gods to temporally align our schedules to make this trip happen. I also had to postpone a dental appointment for a crown and promptly chipped that same tooth, because evidently the goat wasn’t all the moon gods wanted in repayment.

***Essentially, if someone asks about a landmark and you don’t know what it is, you get to rename it whatever you’d like. The faster and more authoritatively you Name That Landmark, the more likely it is that someone in the car will believe you. Alternately, if you think of something that tickles your funny bone, it will make that landmark more memorable and you’ll have a better idea of where you are the next time you see, say, Bitch Tit Mountain rising over the horizon.

****I knew not writing ACTUAL place names down would come back to bite me.