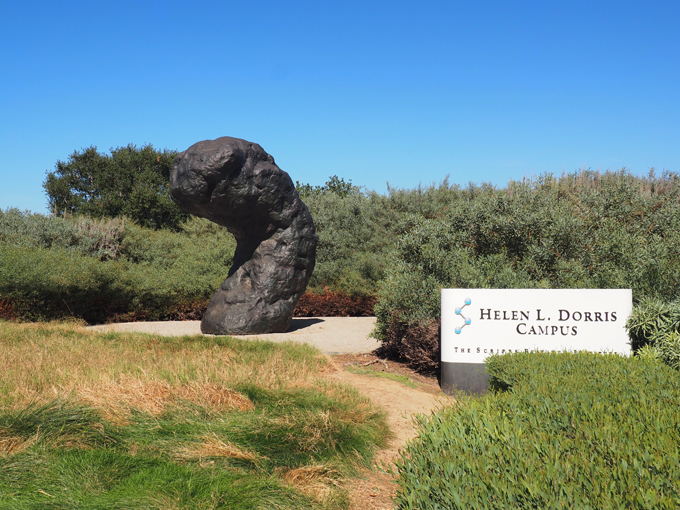 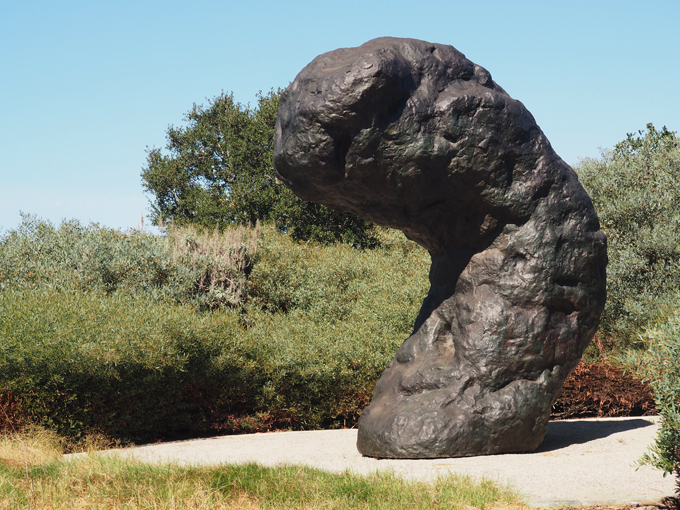 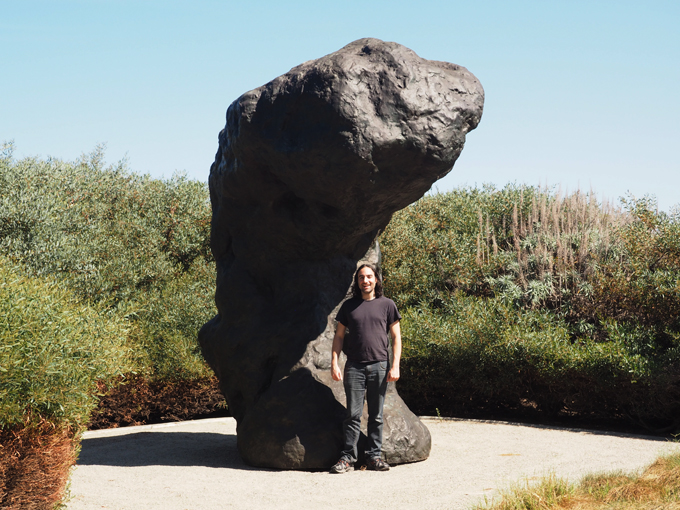 In this week’s edition of “Public Art Hated by the Public”, we have Okeanos by William Tucker, better known as The Scripps Turd. Erected in 1988 by a $200,000 commission, Tucker named it after the Greek god of rivers and oceans because he felt the form suggested a wave. And critics agreed! Michael Brenson of the New York Times wrote that Okeanos ” is a rippling curve that seems to spew out of the earth and curl up like a wave. It suggests not only water, but also clouds and vegetation and human limbs.” Also peanuts, corn, and an appropriate amount of fiber. Parked in front of the hospital as it was, it really resembled nothing so much as a robust stool sample. Okeanos was generally hated, art critics nonwithstanding, not just by the public, but also by the philanthropist whose name adorns the hospital: Edythe H. Scripps. In 2001, Scripps flushed another $40,000 down the toilet  to have the sculpture scraped off the sidewalk and (bowel) moved to a less prominent place on the campus. It seems a great shame that they couldn’t find a business specializing in colonics to take it off their hands.

Spotted on the Roadside: AutoEater

Spotted on the Roadside: The Dancing Hares of Dublin, OH

2 Comments → Spotted on the Roadside: The Scripps Turd in La Jolla, CA