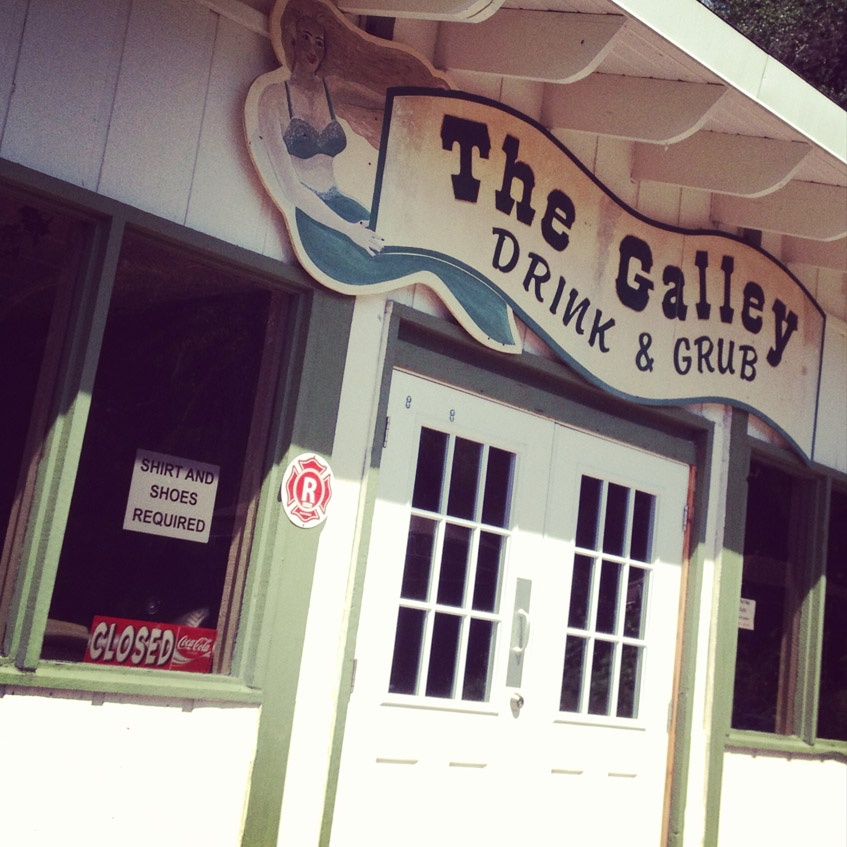 After Dinosaur World, we continued on the road to our other non-Orlando destination: Weeki Wachee Springs, home of real live mermaids! We tried to plan our trip so that we could hit dinosaur world in the morning and still make the afternoon mermaid shows: Fish Tails and The Little Mermaid; we ended up squeaking into the parking lot just as the Fish Tails show was beginning, bought our tickets, and hurried over to the theater, missing only a few minutes. Luckily we came late enough in the season that the Buccaneer Bay water park was closed, or we would have had to park in the back of a lot, wait in an interminable line, and miss the show entirely. That day, only a handful of cars were present, and there were maybe twenty other people in the theater. 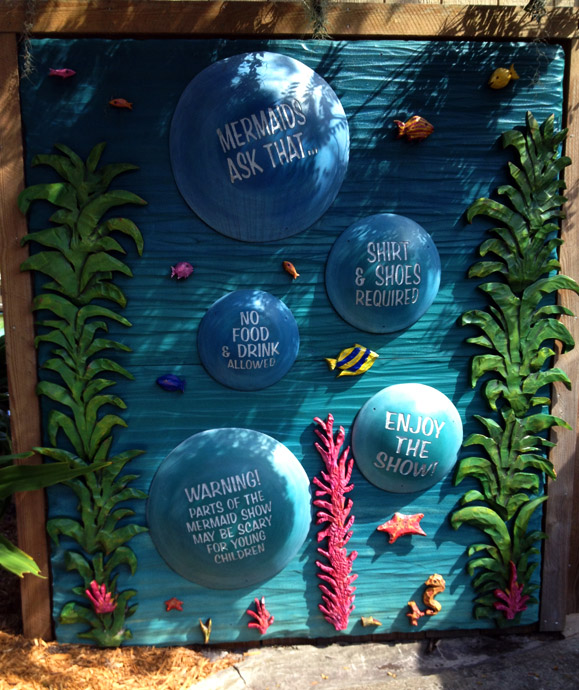 I suppose I had never really given much consideration to how much effort and training it would take to be a mermaid, at least of the Weeki Wachee variety. Learning how to swim with the tail apparatus, not only getting used to breathing out of a tube underwater, but taking in the proper amount of air so you’re floating at the correct level, learning all of the choreography, and on top of that, learning how to eat and drink underwater. What!? I don’t even like putting my face directly under the showerhead. The Jaws game gave me borderline panic attacks; I seriously felt like I was drowning in my living room. What I am saying is, I may have had some quibbles with past jobs, but none of them required me to breathe from a tube underwater, so they have that going for them. Not long after Jason stopped shooting video of the Fish Tails show, the power went out in the entire park. Obviously they had to stop the show: I would have been fine without the announcer or the Enya, but my guess is that the air hoses also stopped working in which case I’m glad that they got out of the spring ASAP. All of the guests were hustled outside of the theater to wait and see if power would be restored, and the hour that followed was one of the longest hours of my life because there was absolutely nothing to do. We mostly just groaned and hung out under an umbrella near the restaurant, and I also spent some time hassling a peacock. 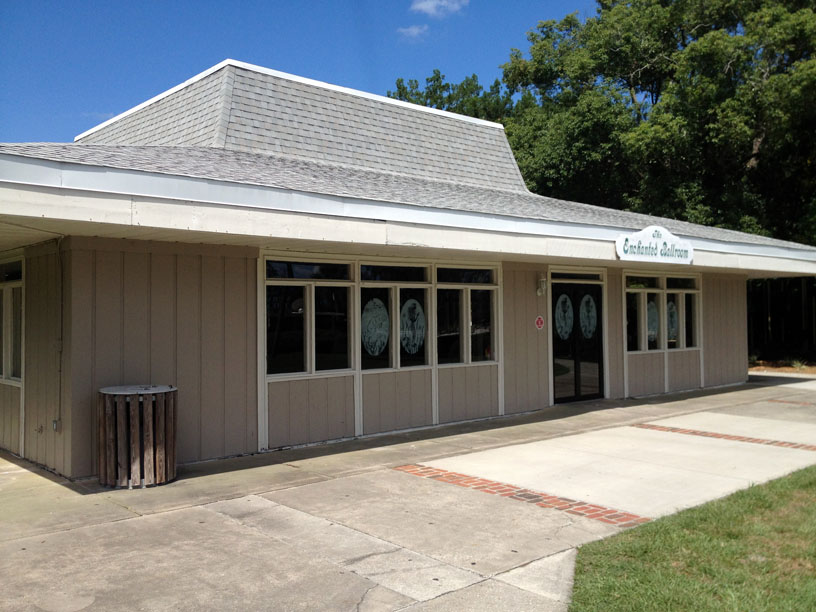 I mean, not that the architecture isn’t stunning and worthy of study. It looks like they transformed the place from an old school McDonalds. After eating at their restaurant…all I can say is that I wish they had lived up to McDonald’s quality, which is so, so sad.   Eventually, the power kicked back on, just in time for the Weeki Wachee performance of The Little Mermaid. I’m glad that they still put the performance on, as only a few other people elected to stay through the power outage. 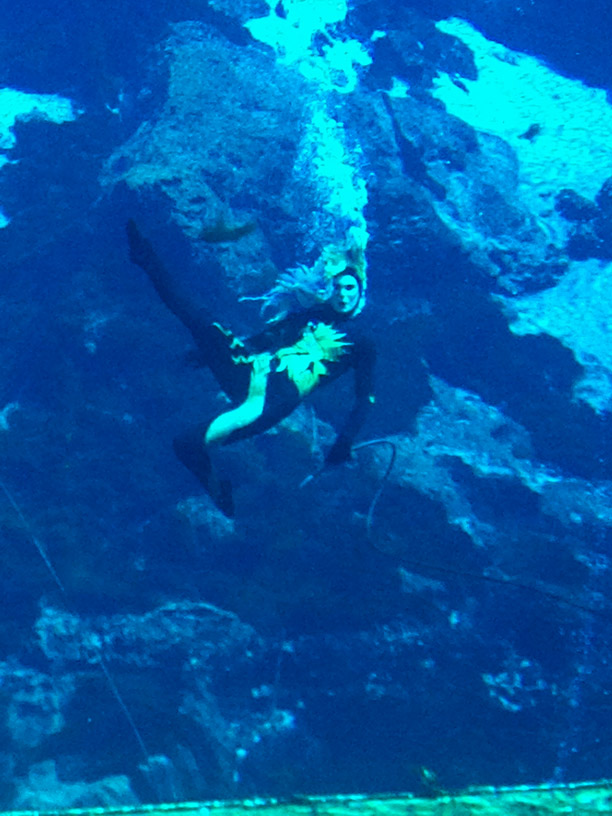 Even though they emphasized repeatedly that this was Hans Christian Anderson’s The Little Mermaid, it definitely played closer to the Disney version. No talk of the love of a human being the only way to get a soul or the agonizing pain of having the legs she desired, her voice was stolen instead of having her tongue cut out,  anthropomorphized animal buddies, all wrapped up with a happy ending. That’s not necessarily a bad thing, the Hans Christian Anderson version is depressing as hell. “When it grew dark a number of colored lamps were lit, and the sailors danced merrily on the deck. The little mermaid could not help thinking of her first rising out of the sea, when she had seen similar festivities and joys; and she joined in the dance, poised herself in the air as a swallow when he pursues his prey, and all present cheered her with wonder. She had never danced so elegantly before. Her tender feet felt as if cut with sharp knives, but she cared not for it; a sharper pang had pierced through her heart. She knew this was the last evening she should ever see the prince, for whom she had forsaken her kindred and her home; she had given up her beautiful voice, and suffered unheard-of pain daily for him, while he knew nothing of it. This was the last evening that she would breathe the same air with him, or gaze on the starry sky and the deep sea; an eternal night, without a thought or a dream, awaited her: she had no soul and now she could never win one.” Both difficult to portray with the few actors they had on hand and not the making of a happy afternoon. If they did something faithful to the source material, everyone would go home crying, not even stopping to get a pressed penny on the way out. If they ever decide to go with a new name to more accurately reflect the content, they could go with “Don’t Sue Us, Disney”. Overall, it was generally entertaining and I was still impressed by the tube-breathing, plus there was an excellent sequence where the sea witch beats up some mermaids for fun. On our way out, they had a mermaid available for photos opportunities, but for whatever reason, I felt weird about standing in line behind some eight year olds to have my picture taken with a real live mermaid. I suggested Jason do it, and the look he gave me could have withered the little mermaid’s soul. We were just leaving the parking lot when I saw….something. I pulled over immediately and hopped out of the car. TURTLE!

Deciding that having him hang out in a parking lot heading toward a busy road was a bad idea, Jason picked him up and carried him over to a grassy area, where he proceeded to sit and hate-stare at us. Clearly we had interrupted his errands and now he was going to have to start his trip over. 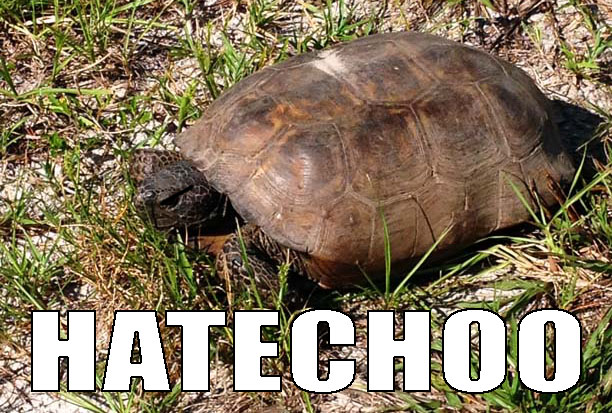 A former coworker told me that he used to have a pet turtle but that he ran away from home. That one day, he’d taken his turtle outside to wash him, and he turned around for a second and the turtle was gone. I never really believed him, I didn’t think turtles could move that quickly. I mean, it was obvious to me how they were getting away from the reptile zoo, but it seems like someone competent would have a harder time losing a turtle. As soon as I saw this one booking across the parking lot, I had two thoughts: One, I owe him an apology for thinking he was a liar, and two, this could be the runaway turtle himself. So Drew, I’m sorry, and your turtle seems fine but angry. I think that during the summer when Weeki Wachee is in full swing, water park and all, it would make for a supremely fun afternoon. When it’s just the two mermaid shows, it’s fun, but not necessarily worth a large detour. 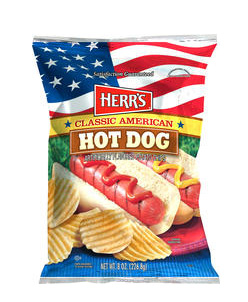 Ah, the hot dog. Originally imported from Germany, now made with the choicest American meat scraps and corn syrup, stuffed in a tube,  and considered an American Classic. God bless America. And God bless Herr’s, the chip company finally attempting to rival the Japanese in sheer variety of offbeat flavors. This time they’ve set their sights on hot dog flavored chips. I’m shedding a tear right now because they’ve combined America’s love of hot dogs, chips, and artificial flavoring, with Germany’s love of efficiency (why eat two when you could eat both at the same time?) into one red, white, and blue package. ‘Murrica.

Cons: Meat is one of those flavors that never really translates well to chip form, so this probably tastes like condiments with a funky aftertaste. 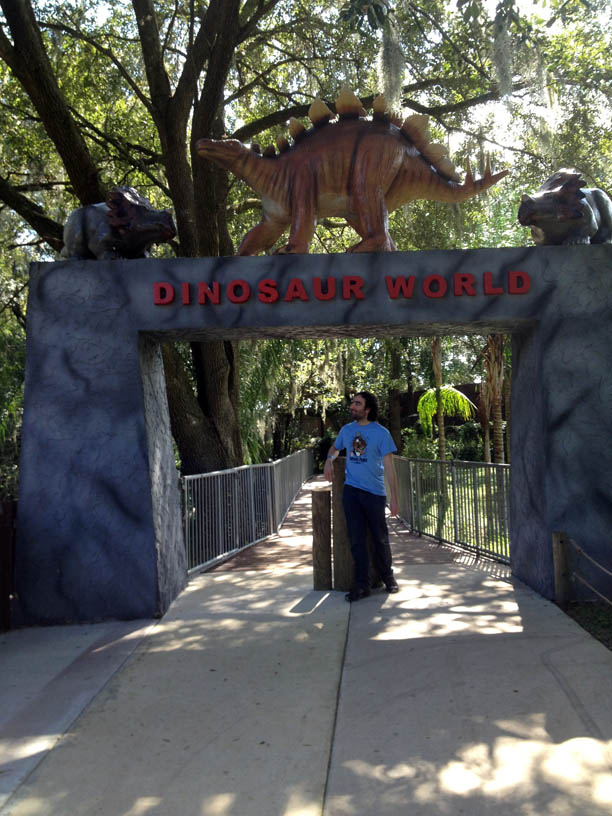