Jason’s mom came to visit in late March. I was a bundle of nerves about meeting her, and each sly poke from a friend with a sideways glance and a “So….meeting the mother-in-law, eh?” made it harder. It’s difficult enough trying to make a good impression on your boyfriend’s mom without the thought that she may well hate you for the better part of the next forty years if your relationship takes the next step. It’s like an interview with the boss after you already have the job.

I needn’t have worried. Moms always love me, because I can crank on the charm at will, making me the Eddie Haskell of girlfriends. The last serious relationship I was in, the mother credited me in front of her son for making him a good person, which was a lovely compliment save for the implication that even though moms are supposed to love you unconditionally, prior to the point in time where we started dating, he was on a mental checklist as “not making the grade”. She still sent me birthday cards for years after we broke up. She may well have loved me more than her son did!

Jason’s mom was to be in town for a week; we were supposed to meet as a group for dinner on Wednesday, and then I expected I would be on my own for the rest of the time, as Jason and his brother spent time with their mom. Instead, I was invited to everything that week. She said I was a member of the family now, said she’d told everyone about me, and invited me along on a family trip this fall–it really could not have gone better.

I can only hope that Jason’s first meeting with my mom next month goes as well. My hopes aren’t particularly high, as on one occasion, she asked me “Is Jason Jewish? Because he looks a little Jew-y*” and on another occasion, she was concerned that I was out on a daytrip with Tristan without Jason because I “wouldn’t want to be with one of those jealous guys who turns out to be a beater**.” So apparently she’s got an impression of him already as some sort of Jewish girlfriend-beater. However, she’s also supposedly “desperately in love” with someone she met on Match.com though they’ve never met in person and I “couldn’t possibly understand because [I’ve] never felt that way before”…so let’s take alllllllllllllll of that with heaping tablespoon of salt.

*Wow, mom. W-O-W. **Here I burst into hysterical laughter and said “I can’t even begin to describe the number of things wrong with that statement.” When I turned to Tristan and related my mom’s sentiment, he started laughing and said “Maybe I could see YOU beating HIM but not the other way around.” 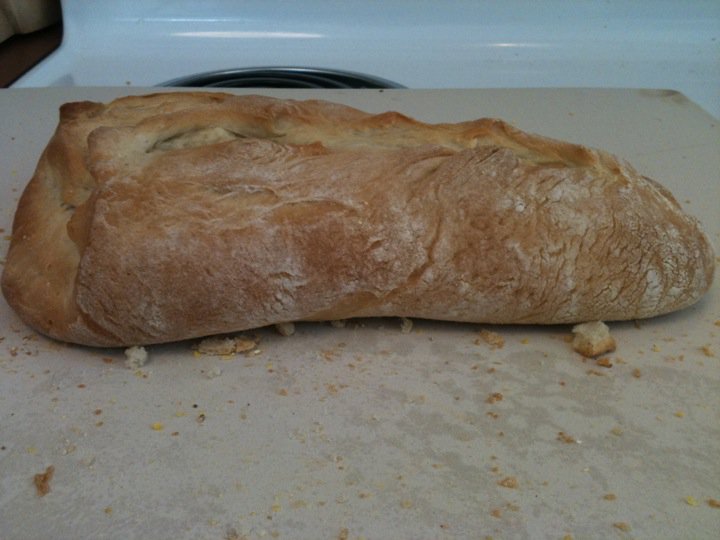 We made Italian bread today and homemade garlic butter. The recipe made two loaves, but we demolished one of them in a record five minutes owing to its hot, crusty, garlic buttery slathered goodness. Frankly, our friends are lucky if the second loaf makes it over for dinner tonight–we might gnaw on it in the car and come inside covered with crumbs and guilty grins. 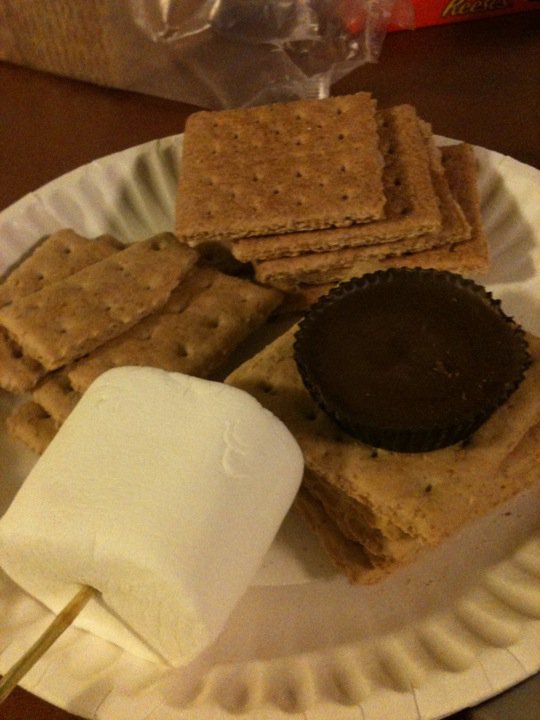 Oh yeah, this just happened. The grill purchase is now officially worth it. The kobe beef dogs this afternoon helped, too.